What Could Writers Possibly Learn From a Drama For Young Teens?

Warning: this review may contain some minor spoilers.

My father is probably the most anti-Disney Channel person in the world. He also doesn’t know about K-dramas, but he will most probably dislike them too and consider them too simplistic and childish. Now that you’re probably wondering why you should care about my father’s taste on TV series, I’ll let you know that I haven’t watched many K-dramas lately, but for some reason – probably the same that led me to watch Disney Channel when my father wasn’t home and I wasn’t even in the age of watching Disney Channel anymore – I decided to watch Ma Boy, which is like a perfect mix between your typical cross-dressing drama and your typical Disney Channel movie.

Ma Boy is a drama from cable channel Tooniverse, whose main public are young teens. The drama, with only three episodes, is about Jang Geurim a teenager that joins an arts high school only to find out that she is in the same class as Taejoon, his favorite idol, and Irene, a CF superstar. We soon learn that Irene is actually Hyun-woo, a young trainee from a ruinous company that has been forced by the circumstances to work disguised as a girl. Geurim ends up sharing a room with him, fights both Taejoon and Irene’s fanclubs, love flourishes and the rest is history. 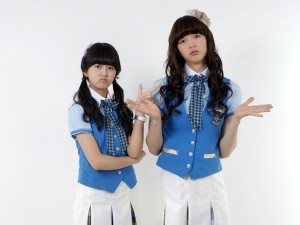 And yet, being a drama for young teens, there are a couple of things they do quite well, as compared to other similar dramas.

First thing is that everything that is usually done in 16-22 episodes can be done in only three. I’ve never been one to complain about the length of K-dramas; on contrary, being used to American and European TV series I have always appreciated one season-long K-dramas. If there’s something we can learn from Ma Boy, though, is that quite often the same story could be told within much less episodes. Sure, there’s a variety of genres, and every K-drama is different and has a different rhythm, but how often have you found yourself wanting to skip some parts, tired of irrelevant subplots and wondering if that script twist was really that necessary? Ma Boy goes to the point, and seeing that most of the romantic comedy dramas rely on the plot and not the character development, concision is highly appreciated.

The ending is a little bit rushed — maybe they could have used an episode more — but also I was remembering You’re Beautiful, probably the most similar drama out there, and I wondered, how did they manage to fill 16 episodes with basically the same storyline? Sure, the love triangle was a little more developed, there was a subplot involving family business (boring to death, on the other hand), but all in all, the story development was the same. Just in case anyone’s wondering, I loved You’re Beautiful, but there’s just no way I can remember what the mother’s subplot was about. Not that every drama out there should be turned into a three-episodes one, but watching Ma Boy you realize how much do K-dramas rely on padding.

But as you may have noticed from the synopsis, what’s actually new from Ma Boy is the cross-dressing twist, since this time is not a girl but a boy that’s disguised as a famous pretty model. Not quite new, of course: the flower boy concept is nothing new to the Korean entertainment industry and boys cross-dressing is something every K-pop fan is used to. But for a storyline that is so common in K-dramas, it had never been an approach from a boy’s side. Like fellow writer Jen discussed recently, cross-dressing usually implies some sort of LGBT issues, but here they are reduced to a minimum – Irene’s fanboys feel their hearts flutter when they see Hyun-woo, but aside from that the references are pretty non-existent – which is definitely a pity but also obviously intentional, since that would mean lesbian implications and that’s even more taboo than gay (probably also the reason cross-dressing storylines are usually the other way around). 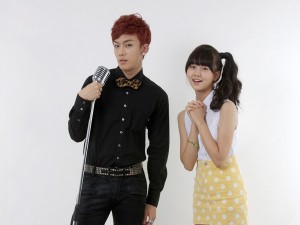 Even so, there’s also a quite well done thing done in Ma Boy in this aspect: Irene’s character is quite gimmick-free – having a guy dressed as a girl in a drama always ends up being a part of a humorous sketch in which the guy puts a fake high-pitched voice and overacts any gesture traditionally associated to girl (and unfortunately that’s not inherent to K-dramas). In Ma Boy, however, they have wisely avoided that by not allowing Hyun-woo to talk while disguised as Irene, and they honestly do quite good dodging those clichés that are also sexist and well, just not funny anymore.

And then there’s this thing that definitely drama producers should try to imitate: an 8 year difference between the protagonists. I’m not especially picky with these kind of things and quite often, if actors are good and at certain ages, it really doesn’t matter. But when the female actress is 13 and the main actor is 21… no. Legal issues aside (because there are not legal issues in here actually, they don’t even kiss), it is true that they are both supposed to be 17 and that she looks older than she is – who wouldn’t when she goes to school wearing low heels — and he looks younger, but when they appear in the same shot, the age difference cannot be unseen. And mainly it has repercussions in the chemistry among them – how could it not, if whenever they hug it looks like a boy hugging a child.

Ma Boy may not be the best drama recently released; it’s sweet and light-headed enough, but not really that original or mind-blowing. Yet the fact that a drama for young teens has been the first one to finally give a twist to the cross-dressing storyline and that it’s not that different from a normal drama (and then again, there are many different genres and for many different age ranges) is what bugs me here. 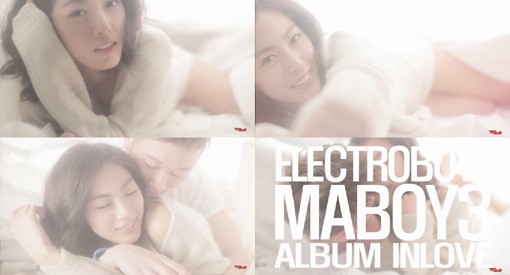 Will the “Ma Boy” Trilogy Mark a Trend?