Side B: The Other Side to The Sonyeos of SNSD 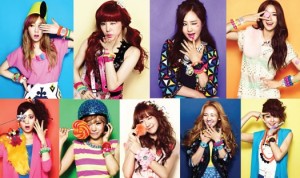 Mention SNSD to most K-poppers and the first thing that comes to one’s mind is probably, big. Big Group, Big Successes and lots of Big Hits. While the main singles are the ones they perform regularly, the other songs off the album also never fail to surprise, especially in terms of composition quality, as well as showing the girls’ singing ability in a way better light.

Below are some of the worthy songs to be found of an SNSD full album or extended plays (EPs), and the reasons why fans love them and non-fans should check them out.

When SNSD debuted, their image was definitely more of the wholesome girls next door type. As a result, most of the songs off their eponymously titled debut album stuck largely to that template, being largely pleasant listens without too much of an aftertaste. An exception to the rule though was “Complete”. Featuring evocative musings about time spent with a future love, and a gentle composition that never overwhelms the delicate SNSD vocals, “Complete” is one of the more developed compositions from the album.

While SNSD did gain a following, it was not until the “Gee-nomenon” that the girls became that National Girl group, and the ones which other girl groups aimed to emulate, success wise. While “Gee” will always be a slice of good pop, another worthy mention would have to be “Dear Mom”, which famously had lyrics provided by Ivy under a pen name.

With a theme as profound as parental love (“Suddenly, I was frightened by the ringing phone/My mom’s worried voice asked if I had eaten/These words annoyed me but today it’s different”) and a promise to be a better child (I will be a person with pretty heart), it certainly is a theme that both males and females can emphasize with. As with “Complete”, the song is far more powerful live.

A rapid follow-up, the Genie EP was released within six months of Gee. While most of the songs on that album were the peppy love songs to be found in previous releases, “Boyfriend” was an interesting diversion. With lyrics that have a slightly more mature slant (My nice body, and my V-line face too/I Don’t need the gazes of all the other guys), it makes for an interesting take on male/female relations in K-pop.

The second full length album, Oh! was certainly known for spawning that mega hit of the same name. However, also worth mentioning was this rather charged and high-tempo track, “Show! Show! Show!”, which was a staple at concerts. With gloriously simple lyrics to encourage sing alongs to, this is one fun song to just turn up the volume and enjoy.

As an EP, Hoot was largely made up of a great A-side (the title track), and a few other B-sides. However, “Mistake” is worth a listen, partly for the break-up themed lyrics (which are pretty good, considering they were off Yuri’s first attempt at song-writing), and also for some generally pleasant harmonies.

While The Boys (as an album) was panned for a lack of musical evolution after all these years, the criticism was not entirely justified, considering some of the hidden gems in the album. Top on the list would have to be “Oscar” a nice, punchy track, that with a little more development and polish could rival the Japanese catalogue for quality. As it stands, it is a well mixed song with enough going on to keep it interesting.

And for SNSD with a little Europop influences, where better to look than “Trick”, which mixes synthesized sounds and comfortable mid-ranged vocals from the girls to make for a perfect pop treat.

By far the best song on the album though was “Sunflower”, which has a soft rock/ballad styled composition that does not tax the listener too much. Add to that some perfect harmonies that still retain the girls’ individual character, and one gets a pleasant mid-tempo song, the kind which SNSD have done so well for most of their B-sides.

Though the average listener might have to sift through many saccharine addled compositions to get to these songs, the effort is certainly worthwhile, for the songs added quality, as well as how they show the girls as being more versatile than their hits show.

So Seoulmates, what other songs from the SNSD catalogue do you enjoy too?