JYP, miss A‘s Suzy, 2PM‘s Woo-young and Taec-yeon with shots of Chan-sung as well. Some of JYP Entertainment’s most popular came out for Reebok‘s “Classic Campaign.” Though it seems Nich-khun was up before Taec-yeon, after seeing the intended role, it seems to be one fit for either–the rapping, muscular one. The song is rife with product placement, as expected, an it’s accompanied by a, well, classic storyline. Take a look below at the released song, “Classic,” complete with English subtitles!

This music video plays on a number of typical plots, the most prevalent one a play on that Romeo and Juliet storyline, minus the death and tragedy. It almost seems like a high school set-up, but it could also work as college age, which I’m hoping for considering the intention of marriage. JYP plays the fatherly figure of either Chan-sung or Suzy, the former who appears to be engaged to the latter at the masquerade party in the music video. Woo-young is the potentially athletic, strapping young fellow there to charm Suzy off her feet. Taec-yeon plays a middleman who’s friends with Woo-young and wants the best for him while also being a type of underling for JYP, maybe even Suzy’s sibling.

Woo-young and Taec-yeon meet for some basketball in a parking garage, a meeting that ends in a gifting of a varsity jacket that is later seen as Woo-young’s costume. The scene switches to a masquerade party that seems to be the engagement celebration for Chan-sung and Suzy. But Woo-young enters, in said jacket, and manages to catch Suzy’s eyes. After a change of clothing from a spill–enter more Reebok clothes–Suzy and Woo-young eventually meet as JYP lurks in the background. The next time, Suzy and Woo-young meet up with their bikes on a rooftop to enjoy some time together, not knowing that someone is spying on them and taking pictures. Those pictures are later revealed to Woo-young by none other than athletic man Taec-yeon who was given them by a disgruntled JYP. Next, we find ourselves at a church for a wedding with almost no guests. 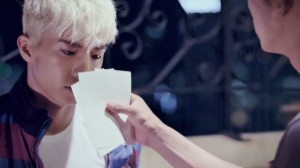 Once again we see Taec-yeon decked out in athletic wear and Suzy just waiting for her unwanted wedding to happen, somewhat forlornly. Woo-young, however, comes to the rescue, easily taking her away to a bus, supposedly to run away. Taec-yeon is left to fight off the men JYP sends after the girl, in a parking garage.

This music video clearly intends to take “classic” and interpret it as a classic love story, one in which love prevails above all obstacles with a little aid from Taec-yeon. It’s a feel-good type of music video portraying that fairytale romance that is held as an ideal. The cinematography supports that with a dreamy effect on all the sequences. There are clear indications of dark and light as well, with Suzy nearly always in light clothing while JYP and Chan-sung take to black. The parties and clothing are lavish as well, adding to levels of fantasy, with the exception of Taec-yeon’s unchanging clothes. Overall, it was a good play to take on this storyline. While it is frequent and overused, and love that strong doesn’t necessarily happen in a day or two, it’s a storyline that is endearing and has you rooting for the main couple each time.

And let’s talk acting. The main couple, Woo-young and Suzy, were adorable. Taec-yeon and JYP did well enough as well. While the Nation’s First Love is known for her good acting chops, Woo-young and Taec-yeon aren’t so, or at least not to the same extent as her. But they all did well enough to convey the necessary sentiments, helping to override the feeling of having seen many of these moves or plots before through believable and genuine acting. Though that potentially was the objective: redoing “classic” plots. Another good choice influencing this music video was the used of only JYPE artists. And not just any JYPE artists, but all ones that have previously acted together in Dream High. As they’re already most likely comfortable with one another, acting together would be easy. 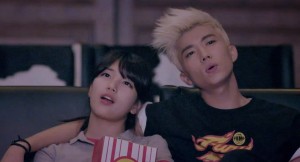 Your, and my, classic love,
just like the classic movie we keep watching,
I still want to watch it,
no matter how many times I watch it.

A nice touch was having the four main characters watching the very music video or movie that the viewers saw. It brought the music video back to the lyrics, how the type of “classic” love being discussed was the type that they liked enough to watch multiple times. That too contributed to the creation of a story within a story as there became a separation between the initial music video plot and the characters themselves. The song for the music video helps by being very upbeat, using strings and high but soft piano tones. 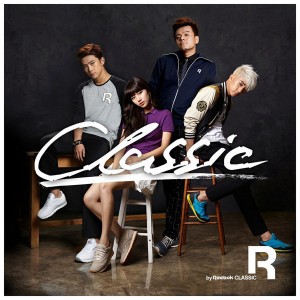 Indeed, all the vocals, save Taec-yeon’s, also have a softer tone to them, helping create a good mesh into the music while still being distinct enough to be heard. Taec-yeon’s harder edge and lower pitch is used more for narration purposes, starting and ending the music video with the same lines.

Aside from the overused plot, this was a good music video with product placement abounds. I normally associate the letter “R” with Running Man, so this was and interesting change. As a result, the music video gets a 4.4/5. It’s sweet and doesn’t hide references back to familiar plots. The overall picture is that of a modern fairytale, and it is interesting enough to keep you watching until the end. It’s also successful in incorporating Reebok into every scene.

So what do you think, Seoulmates? Did JYPE’s “Classic” work for you? Or did it fall a little flat or a little too saccharine? Leave us a comment with what you think!