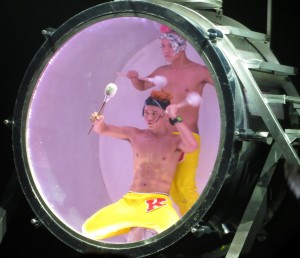 There were a ton of things going on in K-pop last week as we headed into the end of summer.  Kara opened the box for their comeback, Lee Hyori knows how to twist and turn, PSY kicked it “Gangnam Style” at Dodger Stadium, Ali contributed “Carry On” to the Faith OST, SNSD’s Sunny and Luna of f(x) contribute their duet “It’s Me” for the To the Beautiful You OST, Jang Jae-in adds some “Fantasy” and Yoon Do-hyun a “Secret Dream” to Arang and the Magistrate‘s OST, ZE:A rose from the ashes with “Phoenix,” and Blackjacks on the West Coast of the US were treated to a New Evolution (with shirtless Kwon twins in a drum thrown in for good measure).

The following are the top 5 Things that happened in K-pop last week that I think were a bit more special than the rest.  If you’re not up-to-date with your K-pop turn back now because spoilers will most definitely ensue.

To the Beautiful You continues to be a fun watch, but my fave thing from the K-drama last week was a bit of song I heard at the ending of episode 10 (it could’ve been used earlier, but it was at the ending of 10 that I really noticed the song) which I knew right away was being sung by SHINee‘s Onew.  So I searched for it and found Onew’s contribution to the K-drama’s OST, “In Your Eyes.” Ah, perfection.

I have always been a Seo In-young fan.  Love that she’s herself and doesn’t put a cute and perfect act on– she was a diamond in the rough in We Got Married and a gem in Jewelry.  But although I liked her, I never really cared for any of her solo efforts until now.  Her latest song “Anymore” is an awesome fit for Seo In-young’s husky vocals and I love the transitions in tempo.  Unfortunately, she won’t be actively promoting the single, but if  “Anymore” is an indication of what is to come in her upcoming album–I anxiously await its release.

Well, G-Dragon certainly is.  His flamboyant style is displayed to the hilt in the MV for his latest solo effort “One of a Kind.”  I don’t get why he had a baby tiger in the MV instead of a fox when he’s talking about bears and foxes, although tigers are popular in Korean folklore, too.  Even though I often cringe at some of GD’s more outlandish fashion choices, you gotta admit the boy has got some major swag.  The song with its banging bass line and the choreo with GD’s signature little shimmy ain’t half bad either.

Seriously, if you’re not watching Answer Me 1997, you really must start.  It’s some awesome storytelling and definitely another hit for tvN.  After “The Thread of Fate” gets tangled up in episode 9, episode 10 explores “The Reason I Like You” for our couples.  And while we got to explore each couples’ relationships, it was the conversation and confession of the show’s most unlikely couple that had the greatest impact.  My heart just about broke when Joon-hee admits to Yoon-jae that he doesn’t like Shi-won, but Yoon-jae.  I don’t know what was worse: seeing Joon-hee’s expectant face hoping for the best, but expecting the worst or Yoon-jae‘s inability to take the confession seriously and ending up thinking it’s a joke.  If I wasn’t such a staunch Yoon-jae/Shi-won supporter, I would totally support Yoon-jae/Joon-hee. 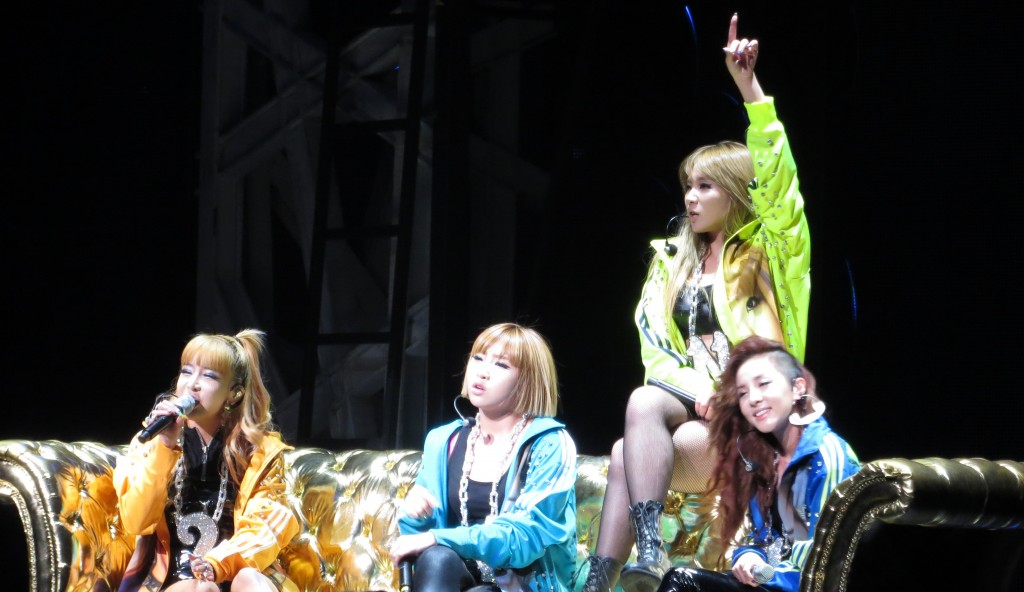 I don’t think any of the sold out crowd at the Nokia Theater last Friday night would disagree with me saying that the ladies of 2NE1 put on an awesome concert for fans.  Their New Evolution concert was a action packed two hour long show with a cool sets, a live band, a dozen or so back up dancers, and 2NE1 in fine form.

We were lucky that there were no glitches in LA and the concert started on time.  Although whoever decided on the alpha lines for the VIP ticket distribution probably needed to be reminded that Kim and Lee are VERY common names so a bunch of us stuck in the A-L line got into the sound check party late due to the LONG line (either that or the girls doing our alpha were very slow) and the M-Z line was practically non-existent in comparison.  Other than that small problem my only complaint was that YG weren’t selling the New Evolution shirts/tank tops like 2NE1 and crew wore at the end of the show and instead sold these mesh jersey shirts that were meh, but at least they sold merchandise.

The crowd was excited and appreciative and the girls didn’t disappoint with their high energy performances.  It’s all kind of surreal now, after waiting for months for the concert to happen it feels like it passed by in the blink of an eye, but at least we have fan cams.