Why Jo Kwon's Debut Is More Satisfying Than Wooyoung's 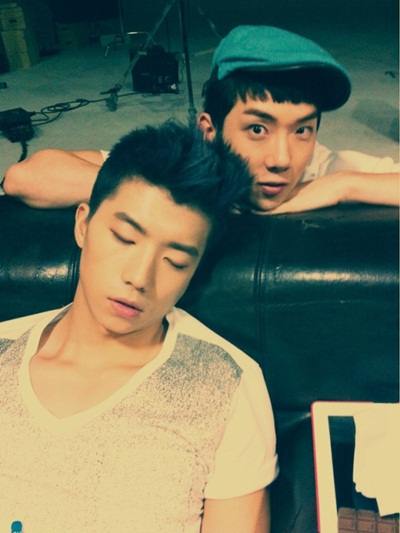 Last week saw the best and the worst of JYP Entertainment, much of which was embodied in the solo debuts of both 2AM‘s Jo Kwon and 2PM‘s Wooyoung.

First off, whose bright idea was it to have both Wooyoung and Jo Kwon debut in the same month, much less the same exact week? Shouldn’t there be some kind of stagger to these inter-agency debuts? I can’t help but feel like both of them got a bit shafted when it came to their solos, at least in terms of timing.

Furthermore, the boys have a tough promotion season ahead of them, as some of the most anticipated comebacks are happening in the coming weeks; Super Junior and 2NE1 will jump into the fray and are sure to scoop up some coveted music show wins. If marketed right, JYPE could have possibly done some sort of friendly battle between its two debuting artists and see who comes out on top. They could have gotten fans involved and made it something fun. But the boat has sailed on that idea now that Jo Kwon and Wooyoung are already in the midst of their promotions.

And even if that angle were played up, it’s clear who would have been the winner: Jo Kwon. And by far. Let’s compare the two solo debuts shall we? 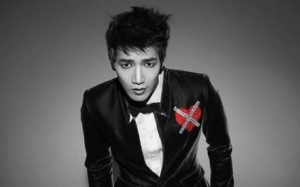 When I heard Wooyoung would be the first out of 2PM to release a solo album my first reaction was, “Say what? Come again? What now??” It just didn’t strike me as the most logical decision for JYP. There are a few reasons why Wooyoung’s solo debut is unexpected. The first being that 2PM member Junsu would have been the more obvious choice to debut as a solo singer. Junsu has the more distinct vocals (and arguably the best in 2PM), and produces music. The combination of vocals, song writing, and song producing really makes him the top contender for debuting as a solo artist. Frankly, I’m a bit ticked off Junsu released the track “Alive” late last year, did a few album jacket photoshoots, and never released an album. The song never got a proper music video and JYPE never explained what happened to that project. It sort of just fizzled out.

Wooyoung’s always been regarded as 2PM’s dancer. That boy can dance his butt off. And his voice is good. Not great. He can handle lines but I’d rather see him hit a dance break than attempt some vocal riffs. And that’s not to discredit him. Wooyoung is a decent singer but his voice is not strong enough to carry an entire album on his shoulders.

Some time after the announcement that Wooyoung would be going solo and a drool-worthy Men’s Health photoshoot later, a teaser was released declaring him single (thankfully not ready too, BINGO) and it sounded like it’d be awesome. I was actually excited for the song to release, especially considering I’d previously had indifferent expectations for it. The teaser seemed to lay the grounds for what would be an explosive debut. 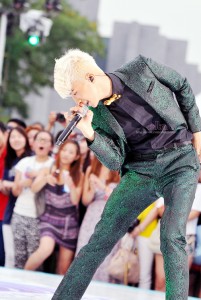 But for some reason JYP decided that Wooyoung and the song would debut on Mnet’s (lame) 20s choice awards rather than releasing the song to the public first so they could get acquainted with it. It was a strange decision. But fine. As long as the song was good, it wouldn’t matter that Wooyoung’s solo would be introduced via a (lame) awards show.

But the song wasn’t good. In fact the song was terrible. Boring. And not the song I’d heard in the teaser. Silly me. Haven’t I learned that teasers are an indication that entertainment companies are just going to do the exact opposite? To make matters worse, during the performance one of Wooyoung’s dancers slipped and fell on the wet stage, which was caught on camera on a full shot. Wooyoung slipped twice and nearly fell on his face both times. With each moment of the performance you could just see his confidence dropping lower and lower as well as his energy. Add to that a dead crowd and Wooyoung’s debut stage was a disaster. In fact, some time after the show JYP (who had been watching the performance in concern with Miss A‘s Suzy and Kim Soo-Hyun) said:

I am upset, but I’m sure Wooyoung is probably a hundred times more upset..Wooyoung practiced so hard even until the night before but because of the water in the middle, he couldn’t do everything that he wanted to. I think he did well and he will do much better later, but as of now, he is probably very upset. 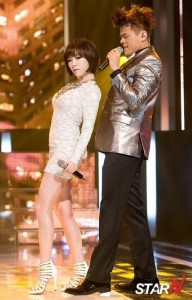 But JYP is mostly to blame for the embarrassment that was Wooyoung’s stage. Besides the entire stage being a series of unfortunate events, the concept was bland and boring. Wooyoung, whose dance moves are smooth as silk, was doing this jazzy, old-timey, big band, Frank Sinatra-esque dance number with a sparkling suit, a bow tie, and shiny shoes. Yes, he looked damn good, but the whole get up and song just isn’t his style. You know whose style it is? JYP’s.

It’s quite obvious that JYP is trying to find a protege to pass the torch onto. It’s as if he sees himself in Wooyoung and wants him to continue the JYP legacy. As a side note, Wooyoung is promoting not as Wooyoung, but as his initials JWY, much like how JYP does. I don’t see Wooyoung doing the whole protege thing. It seems forced to me. But it’s also useful to remember that Wooyoung is a huge fan of JYP. I wouldn’t be surprised if he’s not only ok with being JYP 2.0 but he also wholeheartedly embraces it. If your ultimate role model said to you, “Hey kid, wanna be the second coming of ME?” you’d probably say yes too, even if it doesn’t make sense. But I just wish that JYP would stop trying to force Wooyoung’s image into something that he doesn’t seem to fit. 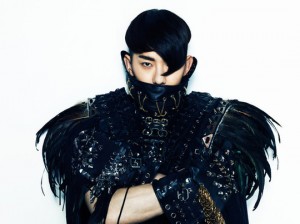 Jo Kwon on the other hand has had a fabulous debut! I’m talking the Sharpay Evans kind of fabulous. Bigger and better and best. Jo Kwon’s debut single “I’m Da One” is not my cup of tea, but the MV is absolutely amazing.  It’s full of bright colors, random levitation, and a ridiculous storyline about him being dethroned from ruling a fantasy kingdom and finding solace in a temple with monks. It’s totally outrageous, totally over the top, and totally Jo Kwon. He recently performed “Animal” on Music Core in a pair of bedazzled heels and an outfit that’s a cross between Mblaq’s 100% ver. promotions and Miley Cyrus‘ bird-inspired “Can’t Be Tamed” music video.

Call it too reminiscent of Lady Gaga, but he rocked those heels and he rocked the entire performance. Who knew that the dancer Wooyoung wouldn’t dance much during his debut while Jo Kwon the singer would kill the dance floor? I’d like to believe that Jo Kwon had a lot of say in how he wanted to debut. Either that or his people know exactly what fits Jo Kwon as a performer. I give credit to whoever is allowing Jo Kwon to be himself and not some kind of rehash of JYP.

Overall, Jo Kwon’s debut has been far more successful, fun, and authentic than Wooyoung’s. I’m hoping Wooyoung’s next single “Sexy Lady” will show off a bit more of his talents. What did you guys think of the two JYP debuts? Was Jo Kwon’s too over the top? Is there still hope for Wooyoung’s debut?