It's Not Easy To Get Popular: K-pop's Underrated Debuts

Early January of this year, I wasn’t really looking forward to K-pop. 2011 had felt like such a wash, with the torrent of debuts and lackluster comebacks from my biases (I’m 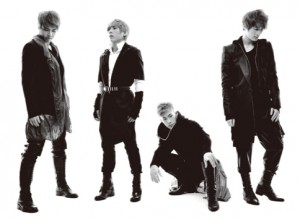 looking at you, Big Bang), that I wondered if K-pop was only about to get worse from there. Enter F.I.X, and my faith was restored. For those who don’t remember, F.I.X. is a four-member boy group, currently three with the temporary loss of their leader Sung-woo, and were one of the first rookie groups to debut in 2012. They drew my attention after learning that Eunhyuk from Super Junior would be in the MV and that one of the members was related to Ryeowook, so I thought a glimpse wouldn’t hurt and I was completely floored by them.

Sure, F.I.X was nowhere to be found in the MV except until the end, but the vocal talent was absolutely stunning. I immediately listened to the rest of their album and was in total shock. I was certain that they would make a big splash with their debut. Even though “Please Don’t Say” wasn’t the catchiest song, it it was still really good–ten times better than any debut last year. But after some time, F.I.X slowly started to fade away, and with the debuts of B.A.P, Spica, and eventually EXO, they were soon forgotten. When they returned with a follow-up track, I was glad that they hadn’t given up but was sad that they hadn’t managed to grab any mainstream attention as their fellow rookies have had. Looking at F.I.X’s situation makes me think about how about all the underrated debuts of some of the currently popular groups. It’s easier to stomach a group’s shortcomings in their rookie years if they debut with an awful song, but it’s mind-boggling to say the least when a rookie group debuts with a near-perfect song, but don’t manage to resonate with the mainstream until much later in their careers–or not at all.

It’s true that not every debut should be as explosive as the debuts of 2NE1, CN Blue, or miss A, but sometimes a debut could easily make or break a group, especially if the group comes from a lesser-known entertainment company. Some of 2NE1 and Miss A’s success can be accredited to the entertainment companies they hail from, but what about CN Blue or even this year’s darlings, B.A.P? Despite the relative success of both FT Island and Secret, FNC Music and TS Entertainment aren’t exactly the more apparent entertainment companies, and that is usually the cause of why some stellar and strong debuts become underrated. This was the case with Big Bang during their debut days. 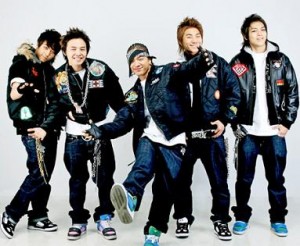 Prior to their debut, YG was still underground/indie-focused and weren’t really in the idol music scene. In 2006, YG decided to bite the bullet and create an idol group, but one that was more hip hop-centric than pop-centric, like the rest of their roster was at the time. Fast forward to September 23rd, 2006, the five-member group Big Bang debuted and despite a strong debut song, and probably the best choreography I’ve seen Big Bang–specifically T.O.P–execute, they still didn’t gain much attention, even with a solid debut album, Since 2007, as well as great debut stages like this one.

Maybe it was their clothes, maybe it was the fact that DBSK was extremely popular during that time, but I still think that Big Bang should have gained some recognition with this debut. But another factor that should acknowledge–one that could show a dark side of K-pop– is that Big Bang was not a conventional idol group in terms of music and aesthetics. It’s ironic how Big Bang are currently lauded for looks, as much as their talent, but during their debut, were considered unattractive and “ugly.” Sure, save for G-Dragon, Big Bang aren’t your typical pretty boys — but ugly? Sometimes I wonder if certain idol groups were stripped of their aesthetically appealling members, would they be as really popular as they are today? Thankfully, Big Bang managed to move on from the shallow criticism and released solid album after album, and eventually would become the band we know and love today.

Then again, coming from an established and prominent entertainment company doesn’t necessarily ensure an instant explosive debut of a group. DBSK and SNSD, 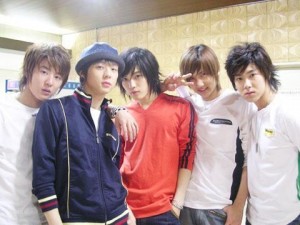 although coming from SM Entertainment, had lackluster recognition during their debuts. DBSK had debuted in 2003, the idol group in line to replace Shinhwa and H.O.T on SM’s roster, despite being from SM, didn’t really click with the mainstream until 2005 with their second album Rising Sun. Their debut song “Hug” had all the stylings of the ideal boy group debut, a cute, not to mention catchy, song sung by five adorably awkward but talented teenagers. It could have been their ambitious name, Rising Gods Of The East, which set eyebrows raising, that may have raised some expectations–“Hug” was a pretty tame song for a group named DBSK. In general, 2003 was a slow year for idol groups, with solo artists coming to the forefront and idol groups being pushed aside, so despite being a solid debut, it didn’t have the punch to actually grab mainstream attention. I think timing is extremely important part in K-pop, especially for debuts. More mature acts were popular during this time, and DBSK’s debut was a little too cute and childish, but understandbly so because they were teenagers during this time. 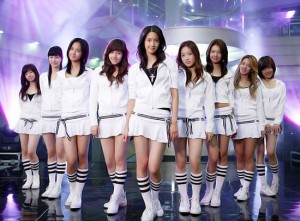 For SNSD, it was (mostly) the opposite. Their debut song “Into The New World” was surpringsly mature, almost a throwback song to first generation girl groups, especially in comparision to the other girl group songs that were riding the charts in 2007 (“Tell Me” anyone?) and an all-around stellar debut album. Despite this, SNSD’s debut wasn’t explosive. This had a lot to do with the changing musical climate in K-pop, especially for girl groups. Right after SNSD’s debut, JYP, with the Wonder Girls, created a new formula for songs, specifically for girl groups, that ensured success and popularity.  The song had to have a catchy hook, accompanied by a simple dance to cement the song’s popularity. Eventually SNSD released their signature hook song, “Gee” and almost instantly shot to success in 2009. Another factor, incidents can be attributed with the lack of an explosive debut and subsquent popularity for SNSD, various scandals ranging from Tiffany’s faux-pas in a variety show to the black ocean at the 2008 Dream Concert.

Another idol that failed to connect with audiences, despite having a strong debut, was IU with “M.I.A.” Again timing can be 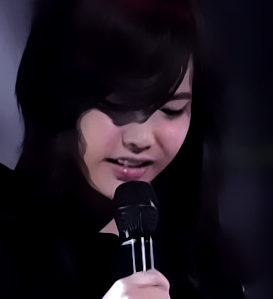 blamed for her debut falling short, in 2008, idols were returning to the forefront and solo artists being pushed aside, especially if they released music that wasn’t standard idol material. In the debut stage, impatient idol group fans can be heard calling her “pig” in the video below. IU, although very talented at singing them, sang songs that were really mature for her 15 years, songs that weren’t catchy but very haunting. She and LOEN Entertainment, who was new to the idol game–on the promoting of groups side–at the time, soon would have to do as the Romans did–so to speak–and ended up releasing catchy and fluffy songs, like “Boo” and “Marshmallow,” which increased her popularity, and eventually combined catchy with her talented singing with the song that skyrocketed her to popularity, “Good Day.” Although the rest of the material on her albums were extremely well-done–Last Fantasy was arguably the best album of 2011–her promotional tracks no longer carried the same emotional and haunting quality as her debut songs. It’s understandble why LOEN Entertainment had to succumb to the industry, but it’s still a shame that she doesn’t promote any songs with the same musical quality as her debut.

Despite having underrated debuts, each of the idols I listed eventually would become forces to be reckoned with in K-pop, so perhaps having a strong debut, although underrated, is a good indicator of good things to come for the group. This might be the case for F.I.X, but hopefully they won’t have to trade musical quality for popularity. Because although popularity is great, it’s music that lasts longer.