Side B: Shoujo Jidai Brings the Fans Out 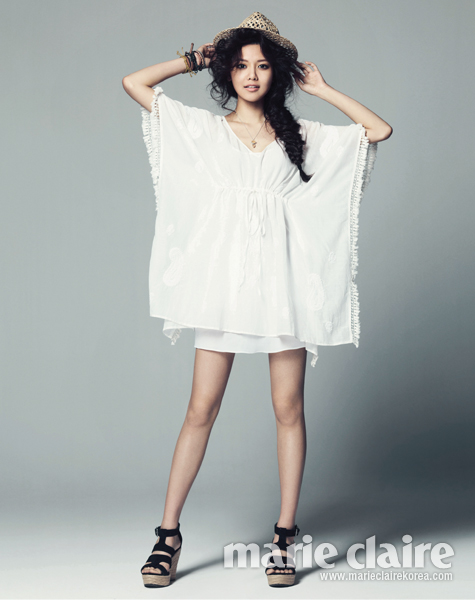 Girls’ Generation is a staple of Korean Entertainment; from “Gee” to “The Boys,” Korea’s daughters are responsible for producing some of K-pop’s greatest classics. And with their ability to make men want them and women want to be them, they have laid a foundation for both the current girls groups in K-pop, but the future of the genre as well. However, while SNSD has invaded the sights and sounds of mainstream pop culture and entertainment with their singles, their albums have been as forgettable as a random rookie group trying to follow in their footsteps. Most of the tracks that accompany these hit singles are generic, mediocre, and fail to live up to the standard of THE girl group of Korea and arguably—all of Asia. It is a complete and absolute shame that SM Entertainment has never given the girl group of the Hallyu Wave a solid, golden album to cement their status as a critical and substantial component of the K-pop experience.

But with their foray into Japan and their 1st Japan Album, SNSD and Sones got the album of SNSD albums. Led by their original Japanese single “MR. TAXI,” the 1st Japan Album is loaded with Japanese remakes of their Korean singles “Gee,” “Genie,” “Run Devil Run,” and “Hoot.” And while these tracks are just as fine and dandy as they were in Korean, what makes this the best SNSD album to date are the other tracks on this album that present the girls, not as the oppa loving, lollipop waving girls Korea and the rest of the world have grown to love—but as the sophisticated, elegant women they have become.

And on this installment of Side B — where we bring you a selection of the best less-well-known tracks from a given group —  we’re going to take a look at the 1st Japan Album and take the best slice of SNSD.

“you-aholic” begins with some gritty beats and breathy vocals, but picks up quickly and transform into a marriage of textured sounds and aggressive beats that are complimented with the smooth and delicate vocals of these 9 ladies. The blend between the electronic sounds and the vocals is a quirky, but oh so addictive twist that is emblematic of the musical style of the original tracks on the album that provides a cozy compromise between the curt and catchy choruses of bubblegum pop and something more mature and adult. But not only is this track a sequence of musical negotiations; they occur thematically and conceptually as well. While you can hear the roots of the song in pop by the light, bell sounds and the fun and flirty lyrics, you can also hear raunchier synths and a more age appropriate approach–a new direction they are exploring as of this album.

A series of percussive sounds come together to produce a sombre, melancholy sound that brings us a story of mistakes made and consequences paid in “Let it Rain.” And as the sounds give into the vocals of SNSD, their voices take on a lush, deep timbre that is far cry from the high and light vocals for which they are most typically known. Long, languid notes and phrases are a perfect compliment to the heavier, sharper instrumental. It’s a full-bodied, wholesome track that delivers a solid sound where the beauty of each girl’s voice shines through and a message about getting it wrong, learning from mistakes and knowing better in the future. Another track from an older, wiser, but an all and all, more beautiful SNSD.

As we make our great escape now

While the lyrics might literally be speaking of an “escape,” in “The Great Escape” we bear witness to SNSD’s escape from their sugary, bubblegum pop representation of femininity. This is a song that could have easily been that: cute voices squeaking and giggling about. But it’s not and it’s nice to hear an electro-pop dance song from SNSD without the aegyo and the charm and instead, a womanly approach and appeal. With the simple, but catchy, call-and-response chorus and the synths that do not adhere to a strict rhythm or pattern, it’s a song that embraces everything that is fun and exciting about being young and having the time of your life as you break out into the new and promising world of adulthood. With a relentless bass and some funky synth hooks, it’s definitely a track that shows that you can have fun even after you’ve grown up.

The hope is love

My favorite track on the album, “Born to Be a Lady” sings a song of being in the past and looking towards the future. With a steady bass, a delicate piano leads us through the track as the vocals lace through the track with a light timbre and elegant ministrations. It is a beautiful and hopeful ballad with a modern, dance twist that curls around the ears and settles into the heart with sweetness. But the best part of this track: its meaning and message. Girls’ Generation sends a message to young women everywhere, telling them that while they may feel like a “nobody” here and now, one day the world will be there for the taking. Grow, blossom, and give and take life’s greatest gift: to love and be loved. This isn’t about the clothes you wear and how you style your hair, or about that cute boy that likes you or that hot guy that spurns you–or anything else society tells you to care about and strive towards. This is about you and making your dreams come true.

This is an album for us as fans, but also a song for the girls of SNSD. Instead of adhering to some concept that borders on fetish — with this album, they’ve grown into who they are as women and have explored their gender on their own terms. And for me, for these very reasons, it’s a musical and conceptual hit! They sound, they perform, and they deliver, not as the pure and innocent image that they have been subjugated to for so long, but as young woman on the verge of success and accomplishment. They’re not just a hit single–they’re so much more than that and the 1st Japan Album and the tracks that come on it are proof of an exciting future for these girls as idols and us as fans.