Roundtable: Of Amorous Actors and Actresses 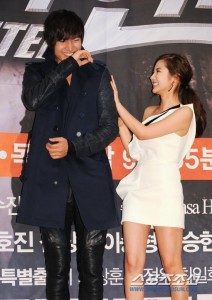 Have you ever suspected that the on-screen romances between actors and actresses in K-dramas might have sometimes bled over into real life?

Within the past year, we have not only seen the leads of City Hunter (Lee Min-ho & Park Min-young) get into a short-lived relationship, but also witnessed the leads of Creating Destiny (Eugene & Ki Tae-young) tie the knot. And if we have the series of most recent events — involving the blossoming of a new love between the leads of Queen In-hyun’s Man (Ji Hyun-woo & Yoo In-na), as well as the couple in My Daughter The Flower (Choi Jin-hyuk & Son Eun-seo) — to go by, who is to say there haven’t been other on-screen couples in the past and present that similarly developed feelings for each other while filming?

This week, we asked our writers: Barring the above examples (which have already made their way into the public eye), which K-drama couples do you suspect had the greatest chemistry on-screen… and off-screen — secretly — as well?

Fannie: You know, I always suspected that there was a little something extra going on between Suzy and Kim Soo-hyun. Not necessarily on-screen (I found Suzy pretty wooden throughout most of Dream High), but in the way their close ‘friendship’ has carried over into real life, even up til now.

I also think Jaejoong and Wang Ji-hye (my favorite second-lead female ever) in Protect The Boss had a lot of chemistry going on, and I know the four in the main love quadrangle developed some pretty close camaraderie during their time filming.

Last but not least, Yoon Eun-hye seems to have a ton of chemistry with almost any male lead thrown at her, but if I had to choose one, Gong Yoo all the way. I lost track of how many kissing scenes there were in Coffee Prince, but it’s undeniable the chemistry was there.

Salima: Fannie, I totally agree on the Yoon Eun-hye thing. That girl can seriously have chemistry with a rock. I haven’t found a drama of hers that I love, but I can’t deny she sets off the sparks. Her onscreen chemistry with Gong Yoo in Coffee Prince is something I’m hard pressed to find again in K-dramas. Not to mention, she’s one of the only actresses willing to thoroughly kiss her co-stars onscreen. I’m still rooting for her and Kim Jong-kook. Now there’s a couple who I think really had it going on behind the scenes.

Kim Sun-ah and Cha Seung-won pretty much burned off the screen from my laptop with how much chemistry they had in City Hall. Unfortunately, Cha Seung-won is married with kids, but it doesn’t hurt to imagine. Like Suzy and Kim Soo-hyun, this pair also seemed to have a really close friendship, which made it so much more easy for them to work together in front of the camera.

I loathe to bring this last one up since I think the drama is ridiculous, but Ha Ji-won and Hyun Bin in Secret Garden had an almost tangible onscreen chemistry. It’s the only thing that saved that drama. I wouldn’t be surprised if there were some secret rendezvous going on between them. Isn’t Hyun Bin always rumored to be dating co-stars? Hmmm.

Amy: Speaking of Yoon Eun-hye’s chemistry with Gong Yoo, I think Gong Yoo has some pretty great chemistry going on with Lee Min-jung right now in Big. And especially because the dating-in-real-life stories are so rampant these days, I wouldn’t mind those two going out.

Moon Chae-won and Moon Geun-young are both actresses that have insane chemistry with their co-stars, no matter how random you think the pairings are, which I think speaks volumes about their acting. I don’t suspect any of them are dating their costars, but I can always count on them to put on performances with extremely believable romances in dramas. 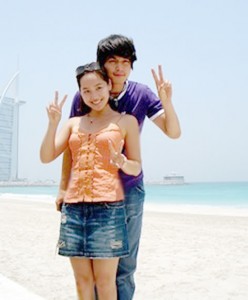 Maryse: I second that about Yoon Eun Hye. I don’t really remember anything from Coffee Prince, but watching Goong, My Fair Lady and Lie To Me convinces me that she does have her own way in conjuring up the chemistry between her and her co-stars.

I’ve always thought that there used to be something going on between Lee Dong-wook and Lee Da-hae during the My Girl days since the chemistry between them was pretty evident both on and off screen. They were even attending each other’s fan meetings despite the drama’s conclusion, and some pictures of them together (post-drama days) were floating around online. However, whatever happened between them still remains a mystery, but I do still cling on to the hope that this couple were once together back in the day.

Bethany: I agree with Yoon Eun-hye/any of her male leads. If I were a male actor in South Korea, I definitely would want to work with her at some point in time — she makes the kiss scenes look so real (therefore they must feel real too!) and she just seems like a really down-to-earth girl.

I really wanted to see Moon Chae-won get with Park Shi-hoo (The Princess’s Man) but… I don’t think that ever happened. Yoo Seung-ho and Park Eun-bin were also adorable in Operation: Proposal (did you see those kisses?!) — I definitely wouldn’t mind seeing them get together. 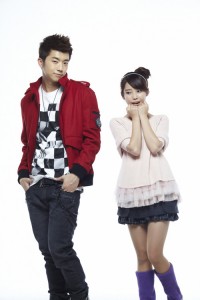 Johnelle: Totally agree about the Yoon Eun-hye and any leading man assessment like everyone else. I also think Kim Sun-ah and Lee Dong-wook sizzled on screen in Scent of a Woman, don’t know if that translated into real life though.

Wooyoung and IU were so adorable as the Milky couple in Dream High that I often wondered how they were in real life together. In interviews after the show they played down the relationship saying they weren’t really close, but it could have been a front.

I think Rain and Song Hye-kyo were my first fave couple though for their performance in Full House. I wouldn’t have been surprised if there was something going on behind the scenes in that one.

I also totally loved Jo Jung-suk and Lee Yoon-ji as a couple from The King 2 Hearts. They had such a great relationship in the story–it was so short, but very poignant. I’d be so happy if they were a real couple.