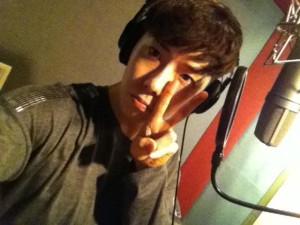 Idols are known for being manufactured to a tee, with producers and songwriters creating their music, composers creating their sound, and stylists and designers creating their looks and concepts, all under the steady gaze of their entertainment companies. More often than not, idols usually have no say in what they perform and how they look. It’s frustrating for a fan to watch a talented idol become neglected and denied chances to showcase and develop the talent they do have. Some idols are blessed with entertainment companies that are lenient in allowing their idols to delve into their artistic side and have a say in what they want to perform and create in music.  This is a huge financial risk for entertainment companies, who invest a lot of time and money into creating the music and concepts for their idols in order for them to be marketable, but sometimes these risks are well worth it.

The problem that many fans and non-fans have with K-pop is that it is manufactured and is not a creation out of the minds of a single or group of artists, but by an entertainment company. This formula is not exclusive to K-pop; it’s prevalent in mainstream music in many countries, especially in North America. Some people are put off by the idea that the people are singing and dancing onstage had absolutely nothing to do with the music that they are performing, which severs the link a fan has with their idol of choice. Music is music, but it does feel great to have a connection with an artist vicariously through an artist’s music, because they are the ones telling their stories and feelings through their own self-produced music, which makes solos from idol group members all the more interesting to watch. 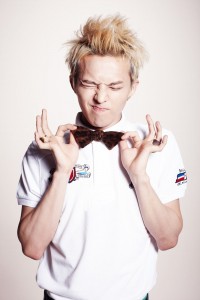 Solos, specifically the ones where the idol group member is heavily involved with their concept and music, are the easiest way to see a more genuine side of a K-pop idol. Although everything is still created under the eye of their entertainment company, these solos are a moment for the idols to break out of the confines of the persona constructed by their entertainment companies, and where fans can get a glimpse of a side of their idols that’s a lot more genuine and real, that was hidden behind all the glitz and glamour of idoldom.

Sometimes, the music and type of sound they choose doesn’t fit or mesh well with one’s perception of the idol prior to their solo release, which is primarily due to the persona their company built around them, but at least the music and type of sound is  authentic. What we see as drastic changes, are really more accurate portrayals of who these people behind the mask of idolhood truly are as people and artists, which doesn’t necessarily mean that the material they create will be good or great. I personally did not enjoy the music or the concepts G-Dragon came up with during his first solo album, Heartbreaker — I had gotten too used to his previous music and was put off by the huge difference between the music he composed before and after Heartbreaker — but at least he was creating his own music, taking ownership over his own persona, and showing a genuine side to himself than I had seen before. Sure, it’s usually hit or miss with G-Dragon, but at least it’s being more of himself, less a made-up version of himself.

G-Dragon’s metamorphisis as an artist has been interesting to watch; kudos to YG for giving him a chance to grow and develop as an artist, a chance most idols don’t have. The coddling of idols by their entertainment companies, by being in complete control of how an idol presents themselves and what they perform, limits them artistically, especially when they try their luck at musical ventures post-idolhood. Making music is all about trial and error, and making improvements. If idols aren’t given the time to make mistakes or missteps, it will be really difficult for the idols to make up for lost time and attempt to develop a musical identity for themselves. Time is precious, like any idol should know, and in allowing G-Dragon to create and tinker with various styles of music, YG helped him to improve and create his own brand of music, and like it or not, at least fans are getting a more authentic and genuine G-Dragon, then the one from previous years back (essenstially during his debut.) 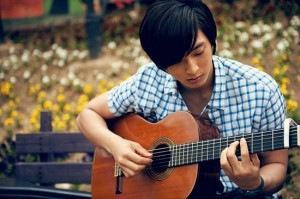 Another company to give credit for in letting their idols develop and showcase their artistic skill is Big Hit and what they did for Jinwoon during his solo endeavours. Even though Jinwoon and 2AM are under JYP Entertainment, they are usually tied with Big Hit Entertainment, a subsidary of JYP,  who have worked wonders with 2AM. Even though 2AM’s music can be accused of being repetitive as of late, Big Hit helped their boys release solid album after album. So when I heard that Jinwoon had made a solo album under them, I was excited for it until I heard that it was a rock album. My main experience, like most other casual fans, with 2AM are their ballads, and despite not being the predominant voices in the group, it’s easy for Jinwoon to lumped into the ballad concept, so hearing that Jinwoon that was passionate about rock music, was a little interesting to say in the least, so I decided to give his self-produced music a listen. He has released four singles thus far, and they are absolute gems. Despite being overlooked in 2AM due to not having that great of a voice in comparision to powerhouse singers like Changmin or Jo-kwon, Jinwoon’s voice is very smooth and he has good control over his pitch. His sound sounds a lot more alt-rock than traditional rock, but it is a perfect fit for his voice. The songs were surprisingly well-done, and although I think he might have helped from Big Hit’s production company, he did receive mentorship from members of veteran rock band YB, their vocalist Yoon Do-hyun and bassist Park Tae-hee. But all the behind the scene footage in his MVs are somewhat proof that Jinwoon had a hand in all of his songs.

Solos aren’t always the greatest thing, but at least it gives idols the opportunity to know their strengths and weaknesses at an artistic level. Sure, idols might perform songs, but they are told how to perform, sing and dance in order to appeal to the mainstream, which is the main reason that entertainment companies are hesistant to 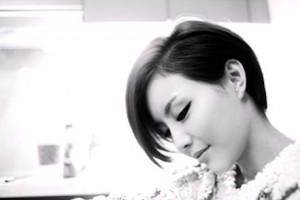 allow their idols to have more creative control of their music. Sure niche markets are a good investment, but the mainstream is where they get their bread and butter. Although the music on Miryo’s solo album was self-produced, it was nonetheless lackluster, especially in comparision to those of fellow members Ga-in and Narsha. But at least Nega Network had the guts to bite the bullet and allow her chance to develop her musical skills, even if her self-produced music does not become a commercial success. Like any art, creating music is easy, but creating good music takes time and effort, and this first album is Miryo’s starting step in that direction. She created a persona out of herself in the form of Johoney, and I wonder where it will lead her if she continues to develop her own sound. Many of the songs are worth a listen, and experiments with a lot of genres, some you wouldn’t normally associate with a gal like Miryo, especially how she is presented in the Brown Eyed Girls.

The career of idolhood can be restrictive in many ways especially if an idol wants to have a crack at creating their own music or having control as to how they’re presented to the masses. Sure, they are the ones who signed the contract to join an entertainment company, but it’s understandable why idols would trade creative control to becoming an idol, seeing as how being apart an entertainment company is much financially stable in comparision to taking the indie route. Regardless, I can’t blame idols for still wanting to break out of their manufactured persona, and create one of their own, in addition to their own music and their own style. Authenticity is a rare thing in K-pop, which makes me all the more grateful for these self-produced solos.