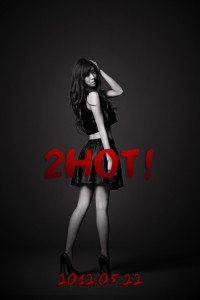 Idols are often underutilized, not being used to their full potential, due to the restrictions created by the ideal idol mold. In this mold, certain idols have to behave a certain way, look a certain way, and perform a certain way with little deviations. This not only prevents much original thought, but it also limits the idols as well from expanding and going into their route of choice. Particularly talented members of idol groups are more often the target of this restriction due to a lack of individual attention focused on them, and instead at the group at large.

While soloist are less likely of falling into this as they don’t have any crutches that keep them from showcasing their talent or from being center stage, they can still victim because of company meddling or public disapproval. Soloist IU was a victim of this; her original dark and mature musical direction was changed to a cuter, more youthful one instead as it was more fitting for her age and more appealing to the general public. In this way and evidenced by the “nation’s little sister,” because of these limitations, idols can end up regressing, in terms of both skill and musical direction.

However, while IU is only one example of idols who fell victim into this mold, in the current K-pop scene, no one better personifies this regression better than G.NA. 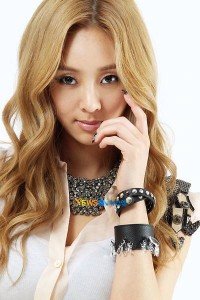 Debuting spectacularly in 2010 with track “I’ll Back of So You Can Live,” it seemed like G.NA was going to rock the K-pop world, rekindling a love for soloists and R&B, two aspects refreshing to see in the abundant amount of groups and pop music that is spread all over K-pop. The girl surely had all the assets. She was plenty talented; her voice was clear and strong, capable of carrying emotion, and her dancing was also sufficient. She was and arguably still is Cube Entertainment‘s strongest female soloist (with the only one rivaling her being A Pink‘s Eunji). She’s gorgeous and perfectly proportioned and her debut was highly anticipated as well. And she had a pretty great company as well; Cube Entertainment, despite its shortcomings, really is the only one capable of even rivaling the Big 3 (SM, YG, and JYP) in terms of line-ups and management. They were able to turn a so-called “reject” group into top-notch performers in the form of Beast and are able to successfully hide their artists’ imperfections done perfectly on Hyuna. And at the time, it seemed like they were ready to work their magic on G.NA as well.

But along the way, something went wrong. Her follow-up singles, seen with the release of first album Black and White, while not in any way bad, was still miles away from the heartbreaking ballad that was “I’ll Back of So You Can Live.” Not only was the material less meaningful, but it was also less challenging to G.NA. Things only got worse with the release of Top Girl. The entirety of the album including lead single was not only keeping G.NA from her full potential, but it was also really superficial and generic, something G.NA was never before. It was as if Cube was trying to make her the pop princess that she honestly isn’t. So when G.NA released her most recent mini-album Bloom, the majority of fans didn’t know what to expect. Were we gonna get the old G.NA of yore, who rocked ballads the ballads with her blatant talent, or were we going to get the pop princess who sang about, of all things, bananas? 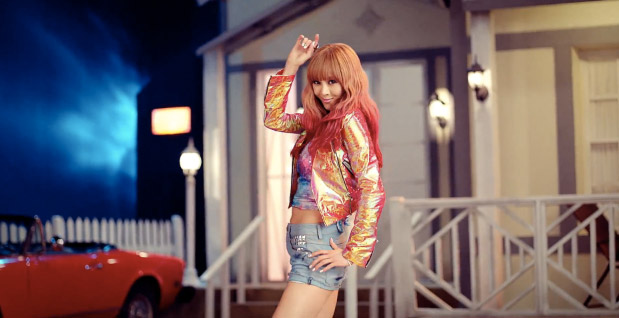 Well, what we got turned out a bit of a mixture of both. While we weren’t given the same exact G.NA before, we were given something close enough with G.NA digging bank into her R&B roots but still keeping traces of that pop princess Cube forced upon her. The concept of the album was to show G.NA’s “blooming” into a woman, thus focusing on a maturity and femininity. The album (mostly) does a good job at being consistent with that image, featuring a mixture of subtlety and sexiness.

The album opens with track “Green Light,” a collaboration between G.NA and Jay Park. Seeing how the two already have their fair share of Western influences (with G.NA being Canadian and Jay Park hailing from the United States and all), it would make sense that their collaboration have its fair share of Western influences as well. The track sounds very American with club beats mixed with touches of R&B, and G.NA and Jay sounding very well with each other. My only real concern about this song were G.NA’s ad-libs toward the end. While its understood it was added to showcase G.NA vocally in this otherwise vocally mellow song, it came off as a bit unnecessary and a bit disruptive to the whole feel of the song. The song was already busy sound-wise, and the additions of the ad-libs turned out to be overkill.

The album then continues with lead track “2HOT.” Unfortunately, the lead single of the lead album also turned out to be the weakest. The instrumentals were interesting to listen to, mixing aspects of pop, jazz, and soul. The distinct uses of the instrumentals was very appreciated, especially the quirky and flashy brass spread throughout the song. However, as Nicholas previously commented on his MV review, the song is lacking vocally. G.NA sounded almost lifeless and contrived in the entirety of the song, and generally lacked that spark her voice usually carries. 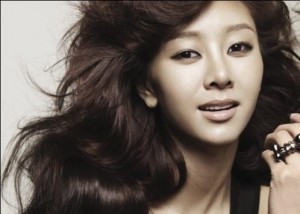 From there, we are treated with a complete 180. While “2HOT” was flashy, loud, and forced, “Summer Star” was the exact opposite. It was genuine, subtle, and emotional, fully showcasing G.NA’s voice. The warm acoustics of the guitar and the overall simplicity of the beginning created a soothing ambiance only to climax near the middle with a full orchestra. G.NA’s voice was emotive and expressive throughout, making an overall great ballad. “Summer Star” was able to show how beautiful G.NA’s voice can be, something a good number of fans really needed a reminding of.

“Oppa, Dongsaeng” came next, featuring Mighty Mouth’s Sangchu, transitioning perfectly from the previous ballad. A bit of a slower song, despite the cheesy and almost cringe-worthy telephone-conversation that served as an opening, it was overall a pleasant listen, featuring a pleasant piano in the background. While I was overall pleased at the song and G.NA’s execution, it did get a bit repetitive, with only Sangchu’s very fitting raps and adlibs saving the song from becoming boring.

The sixth song of the album, “Drop It,” has G.NA going back and embracing her old R&B roots. This sexy song has everything I was looking for in G.NA’s comeback, showcasing her voice in the most appropriate ways. G.NA’s voice is utilized perfectly in this song as it carries a vulnerability yet a sultriness to it that is representative of the album’s image as a whole. This song is overall, the strongest in the album, and definitely one of G.NA’s best works.

The last song in the album is the English remake of G.NA’s debut track “I’ll Back Off So You Can Live.” Despite my general dislike of remakes, this song was a perfect addition to the album. This track still shows G.NA at her strongest as a performer, a reminder that she still has all that potential in her for all those who lost interest. It showcases G.NA’s fluent English and while some of the word choices and phrases were a bit awkward, it’s still one of the best English remakes made by a K-pop artist. While the lack of transitions to Junhyung’s Korean rap was a bit jarring, I respect the choice of keeping the rap untouched rather than changing it as the change could have been potentially disastrous and unfitting.

Overall, this album was a great comeback for G.NA, who was finally able to shed off a bit of that pop princess facade to tap back into her roots. The majority of the songs were generally well executed, with the only reoccurring problem being the lack of substance in G.NA’s voice in some tracks. The subtle sexuality was exactly what G.NA needed at this point in her career and hopefully, she won’t be reverting back to that aegyo queen image she was presenting to us before. Favorably, she remains in this musical direction as it shows how great G.NA’s voice can sound given the right material.

All in all, despite featuring a contrived lead single, the album deserves a well deserved 4.3/5. What did you think Seoulmates? Did you like G.NA’s comeback with Bloom? Did you think G.NA’s true potential was able to blossom, or did you think she still has a long way to go before getting to the level she was at debut? Leave your thoughts and more below!

Recommended: “Drop It” and “I’ll Back Off So You Can Live (English Version)”
Worth a listen: :Summer Star,” “Green Light,” “Oppa, Donsaeng”
Weakest Link: “2HOT”