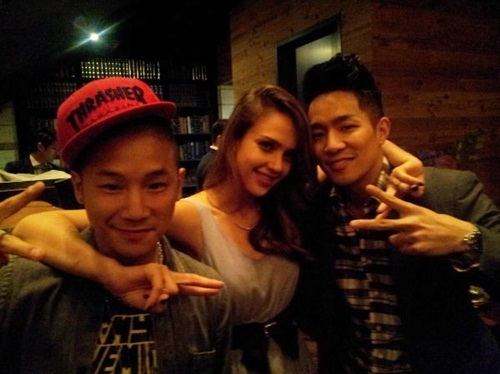 K-pop is becoming more and more of a global brand as each day passes. Idol groups these days are traveling longer distances and with more frequency to perform in different countries around the world. Quite a few groups have begun to release albums into the music markets of Japan, China, and the US; a couple have also collaborated with international artists in hopes of gaining greater exposure on the world stage.

The question that we ask our writers this week is:

What are some international collaborations that you would love to see happen in the future? 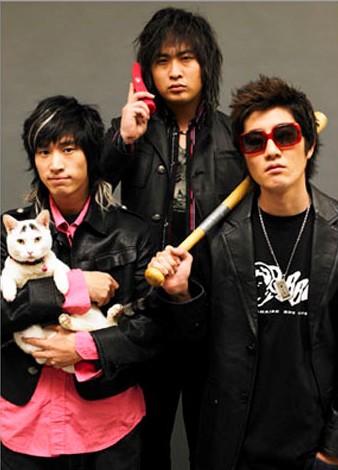 Fannie: What I want more than anything is a collaboration album between Epik High and Nujabes. Not just one song, but an entire album of their combined musical ingenuity. Alas, if only I had the ability to turn back time or resurrect the dead…

Apart from that, I would also love to see collaborations between JYP and Bruno Mars (they both have an old-school feel), Minzy and Koda Kumi, Nell and Massive Attack, Lee Jung-hyun and Lady Gaga (there were rumors but it never came into fruition), and a full-group collaboration between Shinhwa and SMAP.

Gil: If Lupe Fiasco and Epik High ever collaborate on an album or even a song together I will cry big fat fangirl tears. Lupe Fiasco is a hip-hop artist exploring various political and societal topics, much like Epik High. If the two could ever create a track tackling the Palestinian-Israeli conflict or something of the caliber I’ll be the first one to buy it.

The second collaboration that I wish to see would be between Lonely Island and SNSD. Though this is as likely as Ron Paul clinching the republican nomination, it is still a fantasy of mine. Granted this hope arises from the fact that I would love to see Seohyun‘s facial expression as Andy Sandberg sings his heart out about how he had recently copulated. Actually, I would love to see how the entire group deals with this. 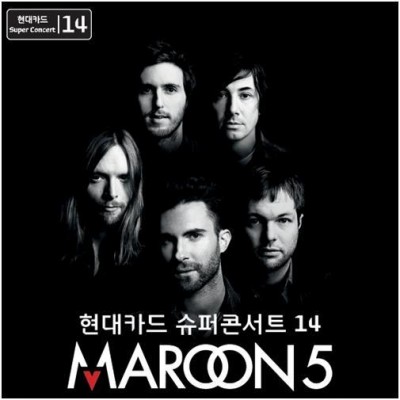 Nabeela: Gil you’re hilarious. I would want to see Maroon 5 and Tablo work together — Maroon 5 just recently featured Wiz Khalifa in their latest single “Payphone,” and the track is pretty solid. And if Maroon 5 is down to work rappers in the future, I think Tablo would be a good fit. Tablo is an on-point rapper and he is good with melody, I think he’d fit in well with Maroon 5 musically.

I’d also love to see Nicki Minaj and 2NE1 take on a musical production with plenty of rapping, attitude, and radical shoes. CL and Minaj can beat out the raps while the rest of 2NE1 picks up the vocals. I don’t know, something about that makes me think of explosions of glitter and neon and spike-studded clothing, and that makes me happy.

Amy: If Maroon 5 and Tablo collab, can Maroon 5 just make the music (and play it) so that Tablo can rap to it? I can’t listen to Adam Levine‘s voice for more than 30 seconds.

Gil: Adam Levine is fantastic Amy, what are you talking about? And Nabeela can you imagine them? Korea’s top girl group and the men who brought us “I’m on a Boat?” I apologize to Dana and all the SONES on the team and on SB, but you can’t deny the hilarity that will ensue. But alas, it will only be an idea and be forever locked in the SM dungeons, along with the full version of “Baby Don’t Cry.”

Salima: Gil, Lupe and Epik High would be EPIC!

It took me a while to edit down my list. My first dream collaboration would for sure be The Roots and Big Bang. The Roots are my all-time favorite live band (right now they’re the house band for Jimmy Fallon‘s late night show) and the idea of them teaming up with Big Bang just works for me. Big Bang recently did a special where they performed their Alive tracks using an all African-American band, which I thought was cool and interesting. The songs worked so well with the addition of drums and electric guitars and who better to team up with than The Roots, who are known for introducing different and obscure talents onto their late night show? Plus, they’re legends! 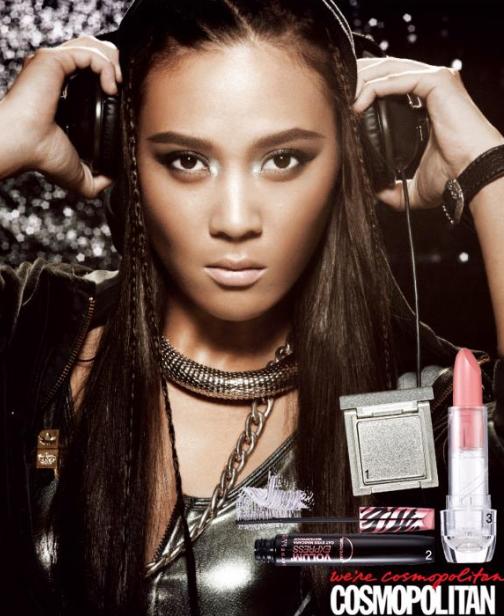 My second dream collaboration would be Tasha and Lauryn Hill. For me, Tasha is unequivocally the most talented rapper in Korea, and more talented than a majority of rappers in America. And back in her heyday, Lauryn Hill crushed most of the male rappers on the scene. Both of them posses a lyrical depth that’s become lost in hip-hop. I’d like to think this tag team would be inspired by one another and destroy the entire music scene with their creations.

I’d like to see Jun. K and Kanye West work together. Kanye circa 2006, not the Kim Kardashian-smitten, douchey Kanye of 2012. Sort of like how Kanye and Jay-Z did an entire album together, Junsu and ‘Ye could produce an album together and put something crazy out! They’re both really strange and out there when it comes to their musical tastes and I wonder what that would look like when combined.

Last one for me would be Jay Park and Chris Brown. And not for the singing. But for the epic dance battles that would ensue. I still haven’t figured who would win that one.

As an honorary mention, I’m going to nominate Haha and Damian Marley. Mainly because Haha would have a heart attack being so close to one of Bob Marley‘s progeny.

Bethany: I’d like to see Taeyang and Shayne Ward (any male R&B artist with a great voice, to be honest) collaborate, just because I feel like that would be eargasmic. Speaking of Big Bang members, I’d also like to see T.O.P rap in a Nicki Minaj video for strictly comic relief. It would definitely be an interesting combination. I’d also like to see Ailee sing with Alicia Keys — she actually did a cover of one of her songs before becoming a K-pop artist, I think. And I’m not really sure why, but I’d also like to see either B1A4 or SHINee share a stage with One Direction because all three have that pretty boy pop group thing going on, but they’re so vastly different from each other at the same time. It’d be interesting. And of course, throwing Tablo into a collaboration with any American artist would just make me one happy fangirl. 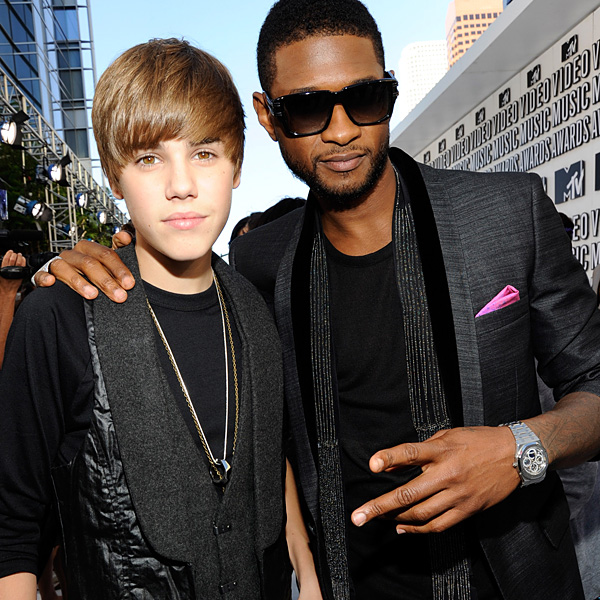 That kid needs to work with Usher, if anyone. Not only is he a fan of Usher, but they emulate the same style and would be an amazing duo collaboration for hip-hop and pop with a little rap flavor.

Maryse: I would totally love to see John Park collaborating with Taylor Swift, because I think that John Park’s singing style matches up with her vocals. Also, I would like to see Justin Bieber and IU collaborating. Just because they are the top few solo artists in the world and in Korea respectively.

Renie: Tasha and Lauryn Hill and 2NE1 and Nicki Minaj, I wish I would have thought of those. So good!

Lupe and Epik High are the most brilliant collaboration. I would like to add Imogen Heap to that fusion though. I think it would be the most amazing music ever if she would take over the chorus of the song. She’s in a genre of music that’s indefinable and when you mix it with these two somewhat political activists it can’t be beat.

For a more rock/rap or alternative vibe I want to see B.A.P. work with Skylar Grey. Something about that just seems like perfection. She writes amazing music and B.A.P. are pretty solid all around so a song that sounds like a mixture of “I’m Coming Home” and “I Need a Doctor” would make me die of happiness. Evanescence and Jaejoong would be epic too. Two sweet voices coming together to make a dark and angst filled song could not be described by words. I also want to see CN Blue and Paramore collaborating for a rebellious in your face song. That would be a guilty pleasure because they kind of sing the same genre and fit the outsider image.

For a dance pop song HyunA and J.Lo just seem right together for me. They both are known for their dancing and as sexy icons. They could make a summer dance anthem. 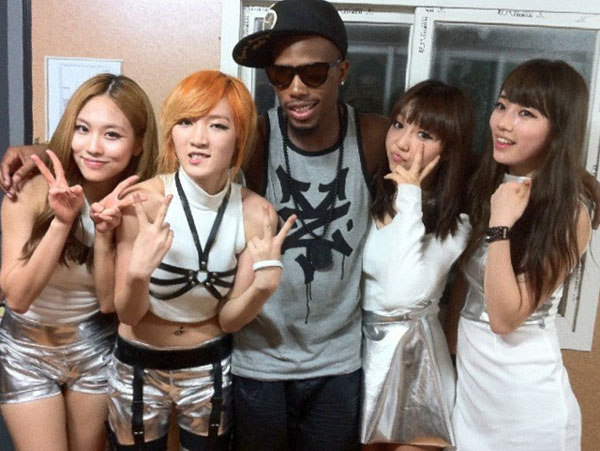 For R&B and Hip Hop collaborations I would also love to see Taeyang and Keri Hilson. I feel like their voices would really complement each other and if Ciara was his dance partner in the MV that would be the icing on the cake. I would also like to see Andre 3000, G-Dragon, and Spica. Imagine the cool, calm, and collected swag in the studio. Ailee has a very strong voice that is equipped for R&B songs that would jam with Drake. They would represent the good of new school Hip Hop and R&B.

I’ve seen a lot of photos of miss A and B.O.B. together to the point that it’s only bound to happen. The sooner the better I say. And last but not least Hyorin and Bruno Mars singing a song like “Mirrors” which Bruno Mars is featured on would make me cry tears of joy. Instead of a rap Hyorin would take the verses and they could just sing about longing for a person they can’t have for some reason or another.

Kimberley: Ooh, I had fun with this one. Assuming we excuse the very obvious cross-cultural differences and just talk about musical style, I think I’d like to see these people collaborate.

In terms of musical style, voice qualities and such, I think these picks go well together. I picked the Korean singers based on who I felt had both Korean and International flavours and sounds. In that sense, working with complementary (mainstream?) artists and genres, they would appeal to a lot of people.