How the JJ Project Can Cure JYP's Emo Syndrome

If K-pop were a classroom and all of the entertainment agencies were students, SM would be the popular, good-looking prom queen with too much make-up on and a sports scholarship to the most prestigious university. YG would be the rebel hip-hopper sitting at the back of the classroom scribbling down hip-hop lyrics he’s sure will finally propel him to the top of the American charts. Cube would be that kid in the front of the room, clamoring for the attention he probably deserves but doesn’t get. No matter how long he raises his hand, the teacher just won’t call on him. And JYP would be the emo girl sitting off to the side painting her fingernails black and lamenting her latest upsetting heartbreak. She’s the girl who used to be the life of the party with all the dance moves and social stamina. But somewhere along the way, she just became this huge ball of misery.

What’s happening to JYP Entertainment? When did it start becoming a place where music goes to get therapy? The label that houses some great artists continues to slowly turn them into the party poopers of the industry. 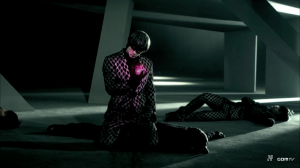 Let’s take 2PM for example. When the group first debuted with their single “10 out of 10,” they offered audiences a fresh brand of dancing and in-your-face acrobatics that earned them the title “beast idols.” Their stages were jam packed with back-flipping in and out of frame and shirt-ripping that had more to do with showing their masculinity than their sad-faced sexuality. The group made extended appearances on variety shows like Wild Bunny and Idol Army, which showed viewers that, despite being idols, they knew how to have real gritty fun.

But ever since their Jay Park scandal, it’s like they’ve turned into emo idols who remind us that they’re emo by piling on the dark makeup. Looking for a downer? Why not try “Without You“? Feel like having a miserable day? Listen to “Heartbeat.” Excited that they came out with “Hands Up“? No worries, they’ve just released a Japanese PV that will turn that smile upside down. It’s almost as if the label forgot that 2PM was first billed as “beast idols” and has turned them into puppy dogs. And to be honest, “puppy dog idols” just doesn’t have the same effect. 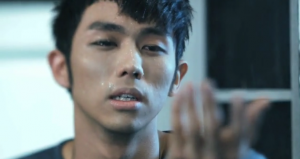 2AM‘s “ballad group” status gives them little wiggle room to do more than sing sad love songs. So while their label counterparts at least have the potential to branch out of their muted personas, 2AM is relegated to singing emotional songs about how they’d die before letting go the love of their lives, or making depressing MVs about how one of their girlfriends was killed on her birthday. With 2AM, the tears don’t stop flowing.

JYP’s still-sorta-fledgling girl-group miss A could also head down the road of excessive emo-dom. Focusing specifically on the singles the group has released, they slowly evolved from cheeky girls (Bad Girl, Good Girl), to fierce (Goodbye Baby), and then finally made the transition to dreary in “Touch.” Another heartbreak song from a JYP group? Bored now. 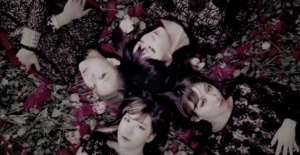 While Wonder Girls haven’t fallen into the sinkhole of a dark and heavy concept, I do lament the fact that JYP Entertainment missed the opportunity to release an edgy, rocking “Me, In” from the Wonder World album, opting rather for the standard “Be My Baby.” Meh. Furthermore, the Wonder Girls’ comebacks and releases are bogged down by the depressing notion that they spent so much time away from Korea just to gain only marginal success in America. It’s hard to enjoy their music when the situation surrounding them is so disheartening.

All of the above is the reason why I am absolutely ecstatic that the JJ Project has finally debuted under the JYP umbrella. Fresh, energetic, wacky, and out-of-control, the duo’s newest MV for “Bounce”hints at a breath of new life for the JYP brand. While my good colleague Justin isn’t a fan of the video, I think it’s the perfect introduction onto a label that is in desperate need of some youthful fun. Being ’94 babies, Jr. and JB offer a debut concept that is age appropriate and embodies teenage recklessness and freedom.

I am a huge fan of duos. Duos make it easier for fans to fall in love with members and remember their names. And it makes a pair like Jr. and JB more inclined to learn about each other and play off of each others’ strengths and weaknesses. Having practiced together for years as trainees, the boys have amazing brotherly chemistry and seem to make even this awkwardly written scene in Dream High 2 just a bit less awkward:

The JJ Project is a welcome change to the dark and rainy cloud that has been hanging over JYP Entertainment. While we all know that misery loves company, hopefully this duo can keep the bounce in their step and retain the fun silliness that their debut has laid groundwork for.