To be honest with you all, I haven’t followed IU from the very beginning. I first caught wind of her during her “Good Day” promotions, and it was love at first sight. She was charming, unconventional, and there was a red parrot in her MV–what was there not to love? So of course, like any sort of K-pop related obsession, I had to have more. Digging  deeper, I uncovered what is still, in my opinion, IU’s best song:  “MIA (Lost Child)”, the dark and artistic fantastical perspective on love gone wrong. IU’s mellow indie beginnings and ambition as a singer-songwriter and composer has since always pulled on my heartstrings, but I can’t exactly say the evolution of IU has been all that I expected it would be.

During her rise to stardom, IU’s young age and cute demeanor quickly took front and center. Like many who possess the power to win over audiences with ever-appealing aegyo, IU became the adorable apple of our eyes. However, as her image and sound began to usher in a pop-sensation type feel, IU gained more fans on the mainstream while losing the rest of us who had once admired her unique music character. For this IU fan, the excitement faded as she more and more began to resemble every other pop idol princess that was on the scene.

Still, it is not hard to see that IU was at some point acting out her element while basking in all her newfound glory. Though she may have been relishing the spotlight, there was something about her performance and eagerness that became lackluster. In my mind, there was this image of IU grasping for straws for what was left for her musical sound behind her preppy stage facade; or at least I had hoped so. The Last Fantasy album and title song were both productions IU took a major role in bringing to fruition, however, it still seemed like a feigned attempt to hold onto her roots while still playing up a pop-friendly appeal. Overall, while Last Fantasy was a hit on the charts, it was still a rather confusing album for me. 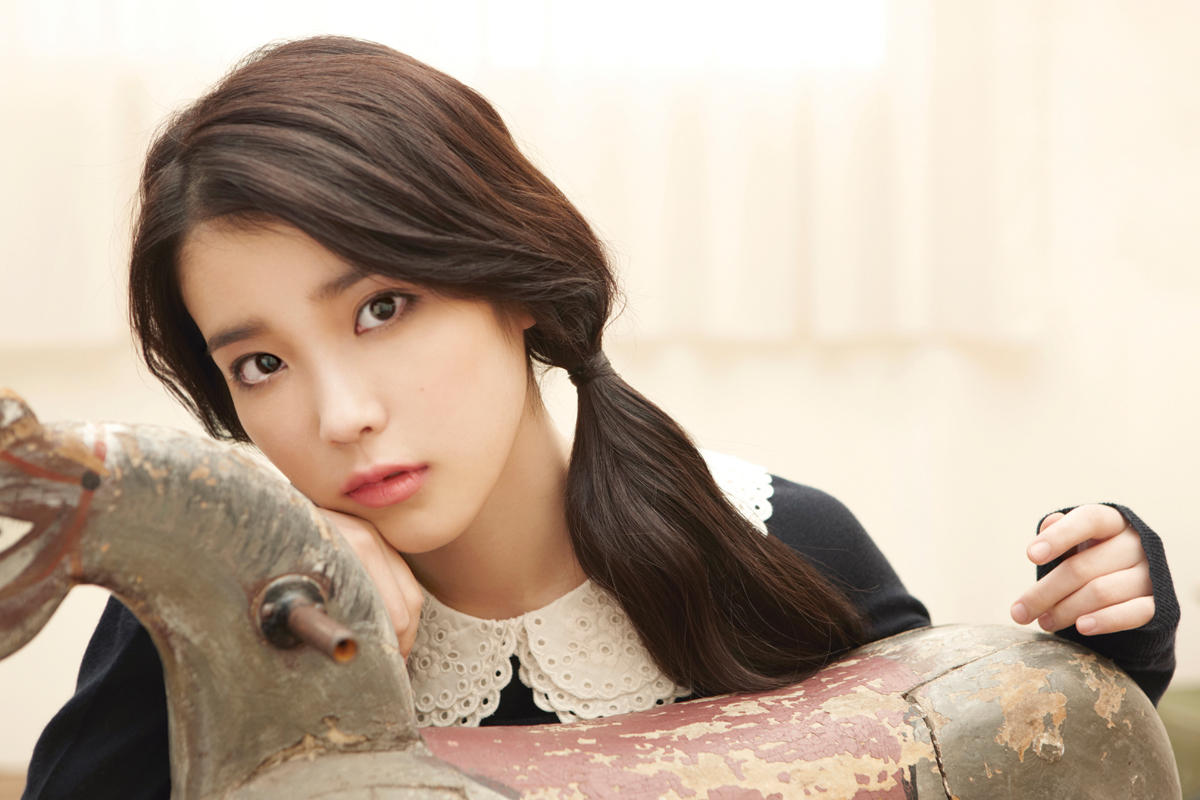 But “Peach” rings the bells of a different homecoming. After sifting through the recently released material, it seems as though “Peach” and IU’s next album Spring of a Twenty Year Old won’t be another picturesque aegyo fest of IU’s fall into the clutches of pop music. Not to say that phase of IU still wasn’t as catchy as ever, but it is nice to see IU toning it back down to what seems to be the image of her original self.

“Peach” is another self-written piece, which IU has had the liberty of composing alongside the big guys working behind the scenes at LOEN Entertainment. This soft rolling melody explores the taste of spring, and takes its name after IU’s favorite word and fruit. The “Peach” production will be a mini-documentary piece into IU’s personal music endeavors.

This gentle and free-flowing pre-release track from the album is already rocking the charts, and has ascended to the #1 ranks of several music charts, including Mnet, Melon, and Olleh Music. So far, so good, I would say. While IU may have gotten off to a shaky start these past few years, it seems as if she is ready to promote her own sound again upon her return with “Peach” and  Spring of a Twenty Year Old.

Keep your eyes and ears peeled for IU’s mini-documentary MV and her album to drop in the next comings days. This peachy return may very well be the  promise to a beautiful spring.