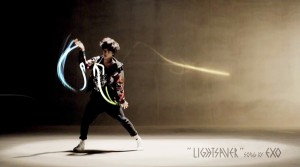 Barring the ballad promotion here or there, one of the most anticipated aspects of every K-pop comeback or debut is the choreography that comes with a song. It would help if the song were good to begin with, but the picture of the comeback/debut as a whole is incomplete until fans get to see how the choreography looks like, and thus how a performance on stage would look like.

And K-pop is nothing if not a great, big show. It’s fair to say that dancing is really what transforms a K-pop performance from an experience to a more exciting experience, and what allows the repetitive nature of K-pop — promoting the same song 3-8 times a week, for weeks and weeks — to persist cycle-to-cycle. Each performance is still visual and sensory stimulation in ways that just singing cannot deliver. That is why for idols, to put it crudely, there’s a much greater chance of survival as a good dancer than as a good singer.

Besides the fact that Exo‘s debut came with 23 teasers prior to any official release, one of the things that got so many K-pop fans talking about the debut was that member Kai got seven full solo teasers to himself, while splitting screen time with other members in five others. That means we got to see Kai in more than half of the released teasers before we got to even know the names of most of his K group mates.

Misguided marketing aside, the truly ludicrous thing to note is that Kai was featured so prominently, which you might say reeks of SM favoritism, or, maybe it’s just a fact that it’s becoming more apparent that being a good dancer is much more valuable for a group than a good singer is, and Kai is a pretty darn good dancer. On top of that, almost all of the Exo teasers were dance teasers, showing us those “powerful” performances, oozing with “charisma” and “dancing machine” tendencies that we’ve come to learn and love about K-pop.

While Exo is an example magnified so severely that it might come off as an anomaly, it holds pretty true for the rest of K-pop too: the dancers are usually the ones most spotlighted in a group. Of course, in K-pop, there are a variety of factors that contributes to a member’s popularity (wit, humor, shamelessness) but if we stripped down all those intangibles and looked purely at performance skill, the idols who come out on top are the ones who can dance better than they can sing. 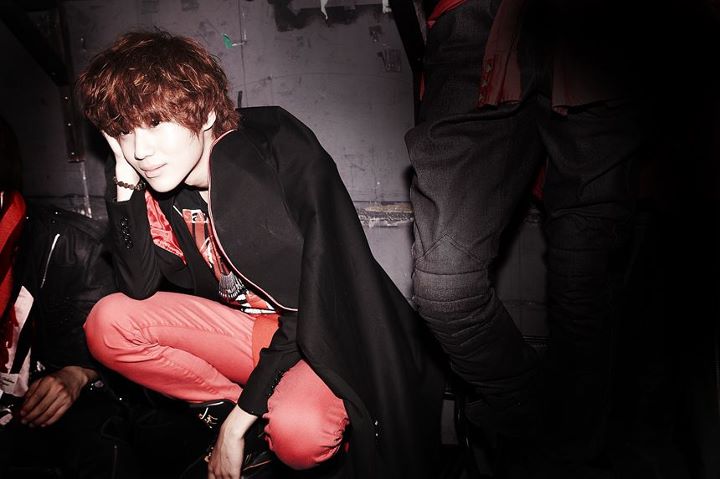 How is it Eunhyuk has become such a hot commodity in Super Junior when the same cannot be said about Yesung? With Taemin and Onew? With Taecyeon/Wooyoung and Junsu? With Victoria and Luna? The latter folk are the ones who are responsible for vocally carrying most of the songs that their respective groups release, meaning that without them and other vocally-capable members, the live performances would might as well be instrumentals only. So why then?

There are some factors to consider: Not only are the stronger dancers a more vital component of a performance because dances are so necessary in most K-pop tracks, there’s an inherent sex factor in dancing as well. As we all know, sex sells, sells, sells, sells, and sells some more. Sex itself is being embedded into choreographed dances, see: DBSK’s “Before U Go”, Hyunah’s “Bubble Pop”, Xiah Junsu’s “Intoxication”, Sistar’s “Ma Boy”, Rania’s “Dr. Feel Good”, Kara’s “Mister”, Rainbow’s “A.” While Ryeowook belting out a great ballad will have its audience, it won’t be a hot sell.

Dances are visual stimuli and leads to a sensory experience as well, so in an over-saturated market, choreography gives each song an extra boost: memorable dancing is just as important in helping a listener retain a song as a memorable line can.

Dancing, while a vastly difficult craft, is also something that can be “faked.” At its most basic level, dancing requires muscle memory and doing a dance routine enough times means that you can “dance” in the broadest sense of the word, even if it doesn’t make you a particularly good dancer. 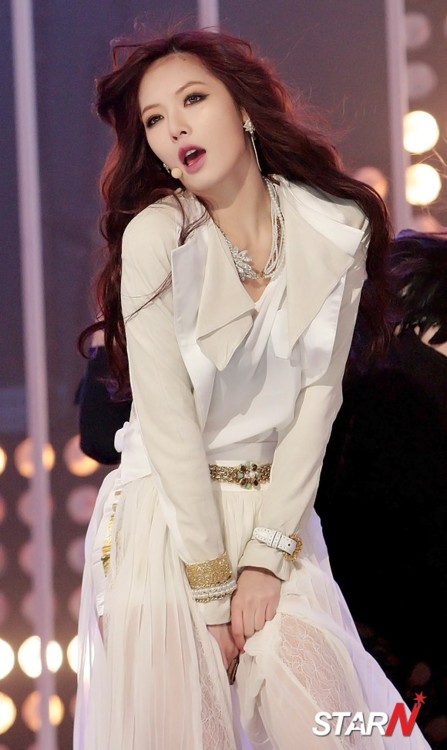 Singing, however, is different. If you can’t hit that pitch, you just can’t hit that pitch. Autotune has made bad singing extremely easy to fix in post-production, but there’s just no way for an absolutely horrible singer to get away with it live, no matter how much autotuning. Listeners know. Vocally, a Son Dambi cannot be a Gummy, but dancing-wise, a weak dancer is easy to hide.

There’s also an extra paradox built into K-pop performances that gives more leeway to dancers. Good dancers are more popular, and bad dancers get away with more. Good vocalists are less popular, and bad vocalists get away with less. Performances hinge on vocalists sounding the way they should, but when a performance makes an audience cringe, it mostly becomes the vocalists’ responsibilities. When Luna, Kyuhyun, D.O., Taeyeon, Jessica, Jiyoon, Gayoon, Yoseob and G.O. are having bad days, the universe will know about it. But when TOP is having a normal day and just can’t dance, Tiffany, Kris, or Jaejoong are dancing badly, it’s just cute and awkward how out-of-step they are.

I do think there’s a discrepancy between being a good male dancer and a good female dancer, which is why some of the things mentioned do not apply to female idols.

When males are asked to perform outside of the music stages (ie, variety shows), their abilities are taken seriously and it’s implied that they’re selling their skill; when females are asked to perform, they’re selling their sex. Female idols in general sell their femininity and how popular they are reflects how desired they are by the male audience, and how aspirational they are to the female audience.

Dancers ultimately have many venues to showcase themselves: they’re performing the special stages, they’re leading their groups in dances, demonstrating on variety shows. While good vocalists are well-respected, mainstream K-pop songs are starting to cater more and more to the visual demands (choreography! image! concept!) of its audience. Singing requirements become more and more wasted away, laying the burden of carrying a song on one or two members in a group. Everyone, though, needs to be able to do the choreography, but dancing requirements are also not as stringent as vocal ones.

So it’s a messy set of double standards that ultimately benefits the idols who are better at dancing than they are singing, which is unfortunate if fans are going to be blaming bad performances on weak vocalists.