Side B: Super Songs with Super Junior

Welcome back to another instalment of Seoulbeats’ Side B! This segment is dedicated to those hidden musical gems, the ones buried beneath our favourite artist’s overwhelming discographies. For today’s edition we look at one of K-pop’s biggest guilty pleasures, Super Junior!

Super Junior started off as Super Junior 05, a 12-member rotational group intended to serve as the gateway to Asian stardom — a platform for budding starlets to catapult themselves into the actual entertainment field, whether as actors, MCs, or actual musicians. That was until ELFs became emotionally attached, SM added a 13th member, one we now know as Cho Kyuhyun, and Super Junior 05 was turned simply into Super Junior, the band that we’ve all come to know today. 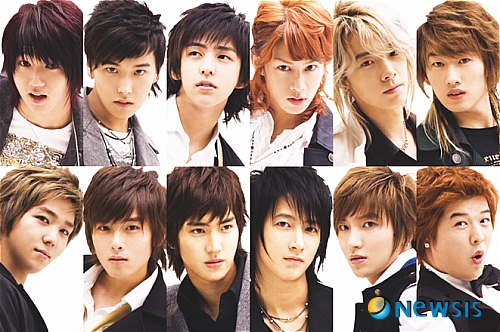 Needless to say, Super Junior was never intended to be a band revolving around music or talent, they were a group thrown together from the “leftover” SM trainees, and by good luck, willpower, and likability they managed to stay afloat despite an otherwise lacklustre discography. SM in general has never been too hot when it came to putting together albums, and the fact that Super Junior is at the bottom of the barrel in terms of musical priority just adds to the fact that before “Sorry Sorry,” Super Junior revolved around everything about being an idol, but music. For goodness sake, their debut song was a remake!

That being said, they still come from a big company and that means Super Junior still has some of the best producers and musicians working at their side. So despite the fact none of their past material has been consistently good or innovative enough to call for success the way “Sorry Sorry” did, they do have some good and jammable songs lurking underneath all the post “Sorry Sorry” hype. So for this week’s edition, I look at those past Super Junior songs from their eponymous first album Super Junior 05 and their sophomore album Don’t Don. 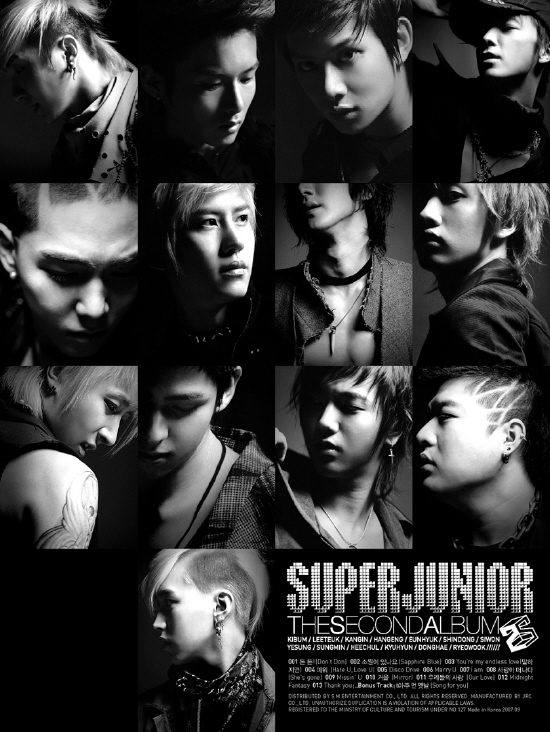 I’m one of those people that actually initially got into Super Junior for their music. I started off stumbling into K-pop back in 2008, naïve with big doe-eyed eyes, not knowing my way around. When I stumbled across Don’t Don, I was actually inexplicably enamoured by the choreography and these Asian boys with peroxide drenched hair. Whilst Super Junior’s previous tendency to dabble into every genre available (jazz, rock, someone-shoot-me-now) is what initially turned people off and earned them the label ‘gimmicky,’ it’s what got me stupidly intrigued and curious. This means I’ve pretty much searched their discography high and low, and in doing so have found some keepers amongst the more saccharine material.

Super Junior pre-2009 sounds nothing like Super Junior post 2009, in fact I believe one of the reasons their music wasn’t up to par with everyone else was the fact they lacked a strong musical identity. For Super Junior’s — sorry, Super Junior 05’s, first album, they focused on more rhythmic RnB dance songs reminiscent of what was ‘in’ back in the early 2000s. Raps, strong percussions and rapid strings included. I assure you, the rest of the album is a lot more tame than their overbearing debut song “TWINS (Knockout).”  “L.O.V.E” and “Over” are two of my favourite songs from their debut album, and although the production could do with some work, Ryeowook sounds seriously rough in “L.O.V.E,” warning you guys now, the songs are catchy and high-energy and you can even hear some members sing for more than five seconds! If you can get past the abrasive vocal treatment and the old-fashion style, both “L.O.V.E” and “Over” are both well done tracks with a lot of sass and conviction. Those that enjoyed KARA‘s debut song “Break It,” like me, should enjoy both of these tracks.

The next song up is the ballad “She’s Gone” from Don’t Don, and it’s one of my personal favourite ballads by Super Junior. It’s sung by six of the band’s members, KRY (Kyuhyun, Ryeowook, Yesung), Sungmin, Donghae, and Kangin. Super Junior are hardly known for their ballads, and I’m not one to be known for liking ballads. I fell asleep after the first two tracks of SM The Ballad‘s album, dislike eighty percent of KRY’s discography, and strongly believe all of DBSK‘s Korean albums suck because there’s a ballad every second track. Yeah, I said it. That being said, “She’s Gone,” despite using the typical string, acoustic, and piano arrangement found on almost every ballad in the world, has a beautiful and heartbreaking ambiance, and the chorus is melodious enough to melt even my cold, cold heart. Donghae sounds especially beautiful on this track (this was back before he became one of the most nasal singers known to mankind). All in all, this song is a pleasure to listen to, and one of my favourite ballads performed by Super Junior.

Another song which I enjoyed from Don’t Don is “Missin U.”  The song “Missin U” is more akin to the songs found on Super Junior 05, but with smoother production. It employs some of the catchiest verses to come out of Super Junior plastered on an instrumental of glitchy synths and swift string sections. It takes time to warm up to, but when it does you realise that it’s actually pretty good. It’s definitely one of the highlights of their second album.

The next song is also from their sophomore album Don’t Don and it’s titled “The Girl is Mine.” Since the idea of cohesiveness is lost on Don’t Don, “The Girl is Mine sounds nothing like the album’s title track “Don’t Don,” and instead could fit like a glove into the radio waves during the 90s. Either way, it’s still one of my all time favourite songs to come out of Super Junior’s womb, and like the song’s name dictates, it is indeed about the Super Junior boys cockily declaring their win against their rival-in-love. I recommend everyone wait until they’re hormonally unstable, stay up until 3am (or at least until you’re too sleepy to feel shame), and read the English translations, because well… it makes you feel pretty good.

The last song I will highlight is one a lot of you are probably familiar with. It’s the song “A Man In Love,” also known as ‘the best song by Super Junior ever.’ Although not released as the lead single, it was semi-promoted and the SuJu boys have performed it several times. I’m sure you’re all familiar with SM’s exclusive genre SMP. If not, then prime examples of SMP are DBSK’s “Tri-angle,” Super Junior’s “Don’t Don,” half of TRAX‘s old discography, and most recently, EXO‘s “MAMA.” Basically, SMP is a fusion of rock and RnB, and is made to be as epic, loud, obnoxious, and in your face as possible. Pretty much the epitome of SM grandeur. “A Man In Love” was composed as an SMP track, but it’s probably the best and most well-balanced one there is. The song is indeed all things epic, but it isn’t obnoxious. It uses tribal instruments to create an exotic urban pop song with a smattering of hip hop. All thirteen members sound great on it, and it’s absolute performance gold. In fact, it’s actually the crowning jewel of Super Junior’s discography. “Sorry Sorry?” What “Sorry Sorry?”

And that’s a wrap for this edition of Side B! Super Junior has released five studio albums, but only three of them are really known to the public, two of which are basically just known for being sort of lacklustre. I hope with this article I’ve implored you Seoulmates to appreciate some of the older gems released by Super Junior that have been forgotten due to the controversy and gimmick surrounding the band. Although Super Junior are sort of the black sheep of SM and K-pop, and music is probably the last thing people like them for, they do have good songs out there that are deserving of esteem. With the band reaching it’s shelf life, it’s a good idea to take a step back and appreciate some of the better songs released by Super Junior from back before they were ‘Asia’s superstars.’ Basically, I hope people realise that the songs found on Sorry Sorry aren’t the complete be all and end all of Super Junior’s discography.