"MAMA": Blending the Past with What Could Be SM's Future 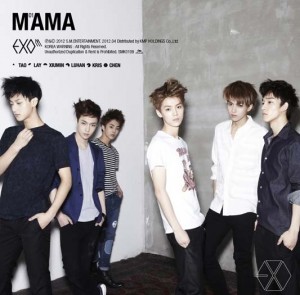 “The legends somehow see the same sky but stand on different grounds. They shall stand on the same ground but shall see different skies”

In the cited lines, the narration describes two different worlds that, as it continues, “will reunite into one perfect root.” This is the crux of Exo both conceptually and musically. Musically, Exo is bringing different musical worlds together and attempting to create a different sounds. From genres separated by time to reinterpreting sounds through other sounds, MAMA is a quest to discover a new sound for pop.

Bringing us six tracks, this mini-album brings us the previously released material of title track “MAMA” and the two prologue singles “What is Love” and “History” and three new tracks: “Angel,” “Two Moons,” and “Machine.” And so, after a much anticipated debut, Exo finally releases a full length work and sets forth what they’re here to do on the K-pop landscape.

MAMA
The debut single for this group comes to us in the shape and form of “MAMA.” Combining Gregorian chants, operatic orchestral conventions with deep and heavy bass and percussion, the song drips with connotations of legend and destiny. The staccato tendencies of the track, especially the strings, are complemented nicely with smooth, power vocals. While the MV may be attached to mixed reactions and comparisons to TVXQ’s “Tri-Angle”, the track itself is quite different in its rhythmic composition and vocal body–pleasant on the ears in that the sounds are full and rich. While the song does a deadly dance with melodrama, heavy noise, and screaming instead of rapping, it blends sounds of the musical past with sounds from the here and now. While it’s not the premiere pick for singles in its appeal towards consumer of pop, it’s an ambitious track that is at the essence of what Exo is putting forth musically, which is respectable and commendable in its own right. 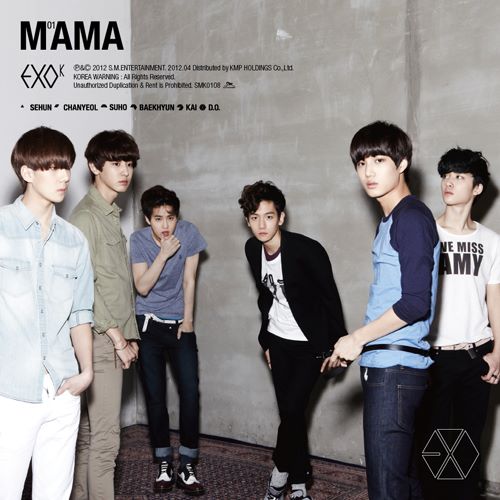 WHAT IS LOVE
The first of the prologue singles, “What is Love” is a ballad that provided us with our first taste of Exo. Despite claims that the song shares too strong a resemblance with Yoo Young-jin’s previous songs (because all this man has ever produced have been these R&B ballads, right?), this is another highlight off the album. The beginning couple of notes that present a motif repeated throughout the song shares a resemblance with Arabic sounds that accompanies the powerful, beautiful vocals the group’s main vocalists.

While Lu Han’s soft, light voice intertwines with Chen’s deeper, heartier voice, they complement each other quite nicely while Baekhyun‘s and D.O.’s rich and full voices come together to create a great overall sound. It may not have been those most exciting or the most premiere sample, but it’s a smooth track with smooth vocals that is just as smooth on the ears.

HISTORY
The second of the prologue singles, “History,” is a mid-tempo dance track that features multiple percussive, electric synths in opposition with a variety of vocal lines that range from punctuated to smooth. While it could be argued that the song is electric heavy, one of the highlight of the tracks is that it is able to imitate traditional sounds with synths. Many of the musical synthetic decorations are reminiscent of horns and brass that could have been used otherwise but their reinterpretation in this manner is definitely a huge plus.

The vocals are also quite the treat; from Exo-M’s Chen’s last note before the instrumental break and Kris’ rapid-fire rap to the full, rich synchronized vocals of Exo-K, to Se Hun’s “Galsorok, galsorok, galsorok,” perhaps more so than any other song on this mini-album, this track shows off what each member can do and can do well. This track also does the rare job of being able to blend the vocals and the instrumental nicely together so that neither the vocals nor the instrumental overpower each other. A track that definitely does the “prologue single” label justice. 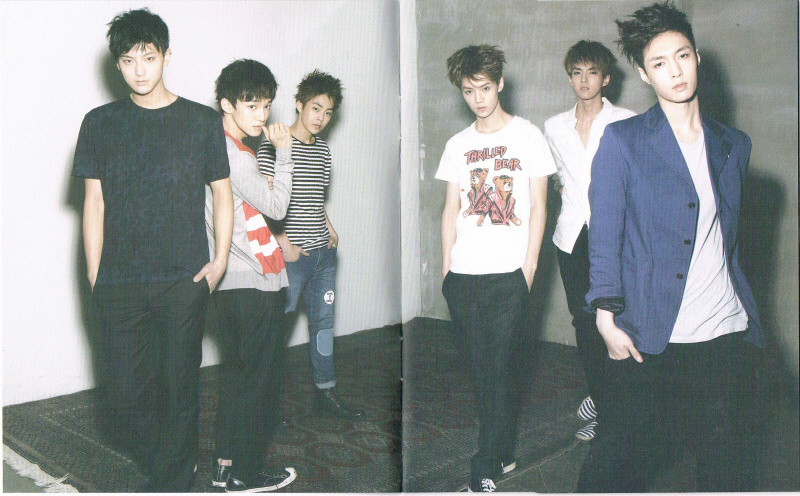 ANGEL (Into Your World)
Angel is a mid-tempo ballad that produces soft, light sounds and complements them with smooth, delicate vocals, like a lullaby on a summer night. And because it comes after the heavier, faster tracks, the mood and color of this track is a change of pace that provides another type of ear candy. Exo–M’s vocals has a breathy quality that blends in nicely with the aesthetics of the song, especially Lu Han’s, but Exo–K’s aesthetic, vocal unity creates full choruses and rich harmonies. Unfortunately, the track sounds rushed; there is little to no transition between individual vocals and musical sections and so there is very little time to linger and digest the pieces of the song. Teasing through the song can present some difficulties but as a whole, it works. “Angel” is a simple, soothing listen that brings together great sounds in great combinations and manages to highlight the simple and yet sweet sounds of Exo.

TWO MOONS
At this point, while the mini-album might not have been everything it was hyped up to be, it’s doing a pretty good job in my book—definitely one of the better products of K-pop in the past year. But that all falls apart right here. The various tempos could have been interesting but because there are little to no transition between them, they seem erratic and sporadic. The vocals are using way too many glissandos that make it appear as if they all possess these nasal whines. And the overuse of rhyming couplets and the unnecessarily slow tempo during the verse makes interest and momentum in this track die really quickly. Key‘s rap is definitely the highlight of the song as well; the increased tempo and the interesting things done with rhythm and meter come together in a blast of fresh air. But it’s a little too late and a little too short. While this may have been a highly anticipated track after the “Two Moons” teaser, the track on a whole fails to deliver. Between the various tempos, the awkward transitions, repetitive meter, the poor aesthetic quality of the voices, and the failed delivery of the singing-rapping hybrid, the song doesn’t deliver all the hype it hopes to have. 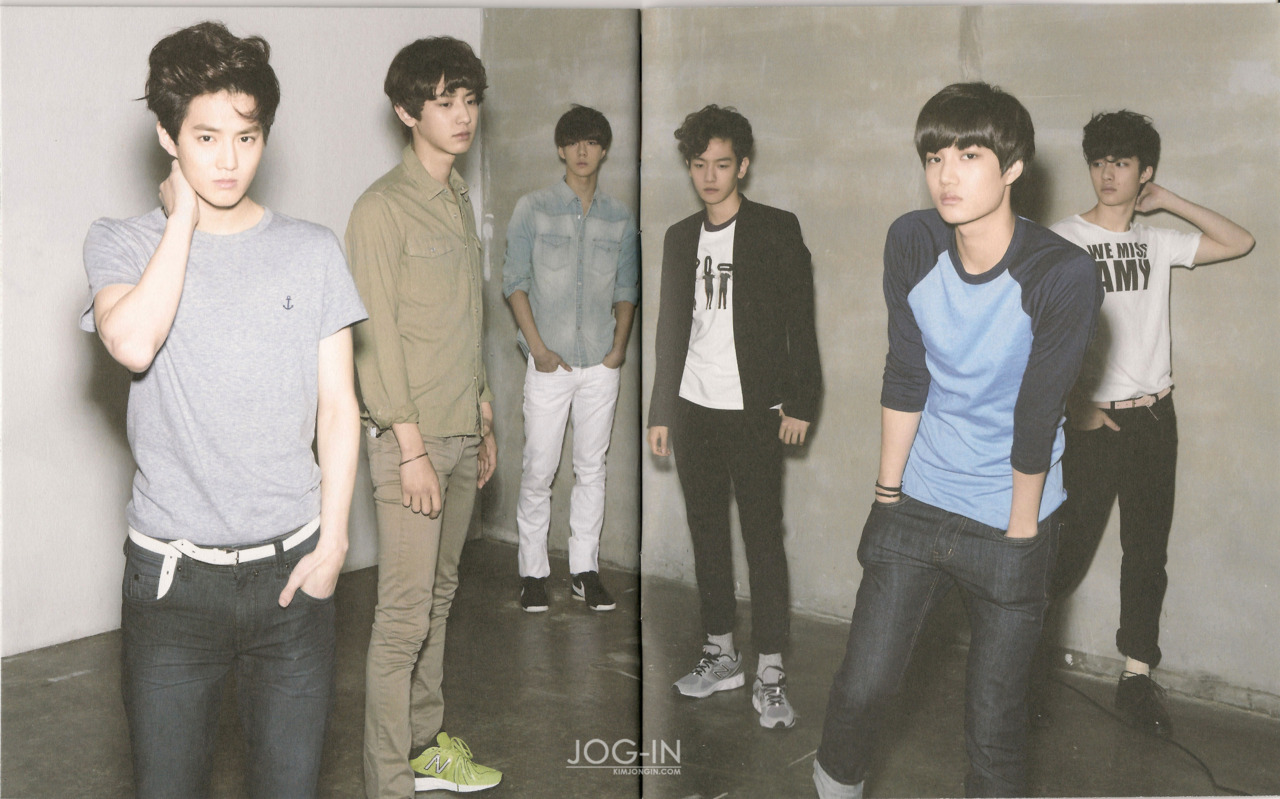 MACHINE
And with “Machine” our journey through the debut of Exo, which, whether you like or not, has definitely been epic, comes to an end. The first couple of seconds are amongst the most confusing on this mini album. But the song quickly ditches these elements presented in those first few seconds and while still presents some confusion over what it’s trying to do, the harmonies on this track definitely make up for a good number of things wrong with this track. But nothing about this song seems necessary. Nothing about this track is special and worth putting on this album; if anything, it’s a SHINee knock off. It comes at the very end and offers nothing musically or conceptually to the mini-album. While there may be nothing murderously wrong with it, it’s a poor way to end the album, which had started off doing nice things, albeit with some issues and a horrible penultimate track.

Overall, there are quite a few good and interesting things going on in this mini-album. Interesting is important because the nature of pop tends to be that it recycles the same material and sticks to what it can do best. But “MAMA” definitely presents some interesting bits of musical interpretation that I can definitely respect and appreciate. Musically, some of my highlights definitely stem from such experimentation. The reinterpretation of horns in “History” and the mixture of classical string work with electric, dance synths in “MAMA” are among my favorite moments of this work. And the boys aren’t half bad either. As is expected of SM, they’ve definitely gathered some vocal talent with some boys that not only have interesting voices but interesting voices that they can use well. 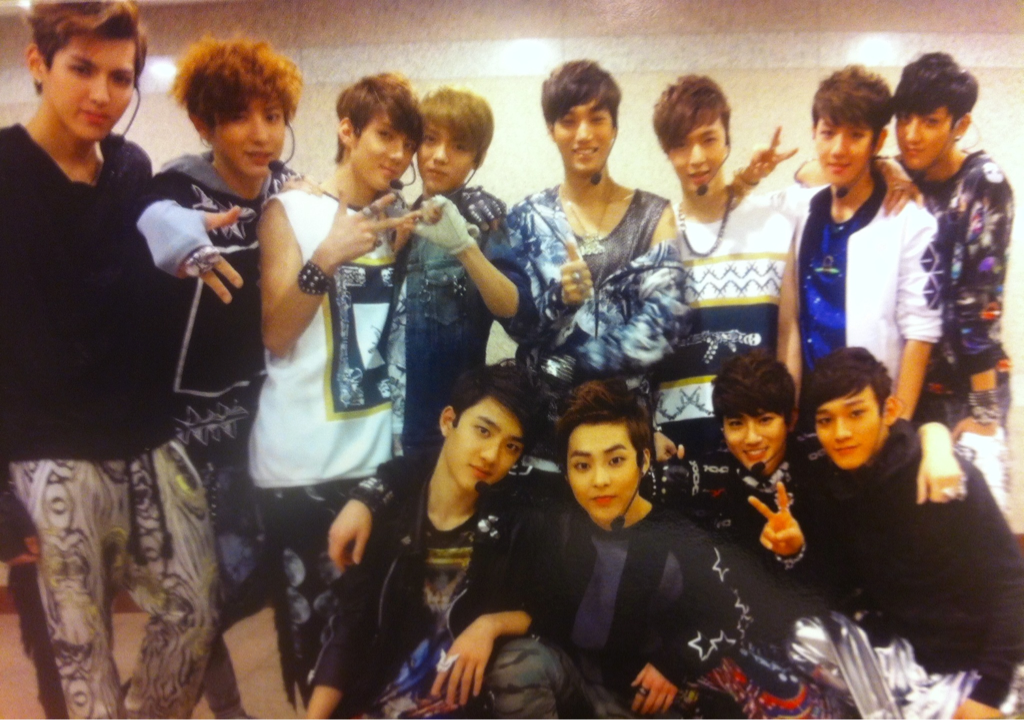 Having said that, the album still feels as if it is still in experimental stages. In an attempt to create new sounds, Exo’s mini-album is trying, but at the same time, trying to do too much. Throughout the mini-album, there are poor transitions that string too many phrases together that are filled with too many things and is dangerously close to creating an erratic and chaotic musical mess. Experimenting is good; it’s what furthers music but at the same time, experimenting doesn’t always yield positive results. “MAMA” is doing too much, “Two Moons” is trying to be too cool, and “Machine” doesn’t know what’s going on. And while there is some experimentation that clearly isn’t working, there are also parts of the mini-album that don’t seem polished. Many of the kinks in these tracks could have been worked out with further care but it doesn’t surprise me that these things went to the wayside because Exo’s entire trajectory has been characterized by excess. And excess always creates loose ends.

On top of that, as the album ends on a bad note and lacks a cohesive sound, Exo and their mini do not deliver as much as we had all hoped—especially after the hype. The music needs to calm down, figure out exactly what it wants to do, and get itself together. There’s work to be done but just because it doesn’t live up to the hype and just because it’s not perfect, doesn’t mean I’m going to ignore all the things this mini album is doing right. Exo and SM are on the right track as far as exploring different musical sounds. K-pop can’t stick to electro, dance pop forever and MAMA is an attempt to find what that replacement could be and there are some musical flavors here that are on the right track.

It’s their maiden voyage and regardless of how much effort SM put into their debut, they’re not going to be perfect and that’s okay. From what I hear in MAMA, if they can get their shit together, there’s definitely much more and much greater to look forward to.