How Beats by Dr. Dre Became Embedded Into K-pop Culture 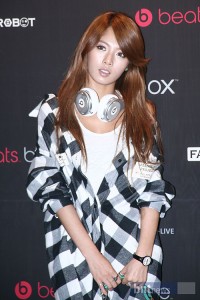 There’s only one thing on this earth that K-pop has convinced me that I desperately need to have. One thing I’m positive will cause me to lose my K-pop fan pass if I don’t have it. One thing that I didn’t even know I wanted until K-pop made me a believer. One thing that I absolutely don’t have the money–just the irrational desire–for.

Yes, the high performance luxury headphones that a mere mortal like myself could never get her hands on unless she was willing to drop a few hundred dollars on them. But what do Dr. Dre‘s headphones have to do with K-pop, and why are K-pop stars sporting them as if they’re the second coming of “cool”? Everyone is wearing them. And the ubiquity of Dr. Dre’s headphones says a lot about hip-hop’s dwindling record sales in America, the appeal of an Asian market, and the power K-pop holds over consumers.

Take 2NE1 for example, whose debut music video “Fire” led with a blatant close up of Dr. Dre’s headphones rather than the girls themselves. The message was clear: these girls are hip, edgy, urban, and they’re wearing cool headphones made by a former Gangsta rapper to prove it. 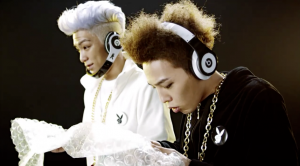 But 2ne1’s affinity for the Beats brand is only one in a steady trend of headphone connoisseurs. Big Bang‘s G-Dragon and T.O.P. sported custom Beats during the pair’s debut album promotions. And yes, those headphones featured the God-awful Playboy bunny ears that they were eventually forced to get rid of. The Wonder Girls flaunted their limited edition, hot pink Beats headphones gifted to them by Beats manufacturers, Monster Cable. Tiger JK designed his own Beats headphones, of which only 30 were available in the entire world. And Se7en‘s “Better Together” MV was virtually a 4-minute commercial for the brand. But none of these artists received extended and exclusive deals with Beats by Dr. Dre. So what’s with all the free promotion? How did the Beats by Dr. Dre brand become so popular and why did Dre, one of the most respected names in both Gangsta rap and West Coast rap choose K-pop as his vessel to consumers? In order to understand Dre’s venture into the Asian market, it’s crucial to understand the state of hip-hop as an industry in the United States. 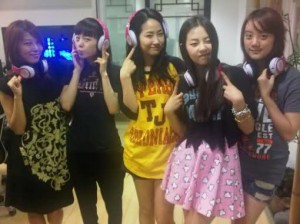 In the 1990s and early 2000s, hip-hop record sales were huge. It didn’t take much for an album to sell 1 million copies in less than a week. But with the emergence of a digital era in which it is much easier to download music illegally than to purchase them at a music store, hip-hop sales have plummeted. An artist is lucky to sell even 500,000 albums during the first two weeks of promotions. Because of this, American rappers have had to explore different avenues of earning income. Some have signed lucrative beverage deals, others have purchased sports teams, many have penned New York Times bestselling books. And of course, a few have gone into the headphones business. 50 Cent did it. Ludacris did it. But no one did it before Dr. Dre. And after over 2 years on the Korean market, it’s hard to escape them.

Dre’s success overseas is quite important to him. In fact, it’s so important to him, that he did something at last year’s MAMA Awards in Singapore that American fans have been begging him to do for an unreasonably long time: he joined forces with Snoop Dogg on stage for the first time in 10 years to perform one of their most famous tracks. 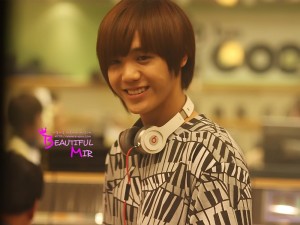 Donning a set of Beats by Dr. Dre headphones, the pair made huge headlines for marking a historic moment not in America, but in Singapore to a K-pop audience. And it was a smart move. The MAMA Awards show included Chinese, Singaporean, Korean, and American artists and was livestreamed via Youtube and other websites, giving access to a huge global audience. Where else could Dre get such a huge audience to advertise his headphones? You won’t get that type of diverse exposure performing at the MTV Awards. Make no mistake about it–Dr. Dre did not perform at the MAMA Awards in an effort to make music history in Asia. He went there solely to promote his brand to a market untapped by hip-hop businessmen. If the above performance doesn’t convince you of that, then perhaps the behind-the-scenes video of him and Snoop in Singapore will. Having a business mind is not a bad thing. But it’s a bit uncomfortable to watch K-pop artists promoting Dre’s headphones and getting little in return besides street cred. 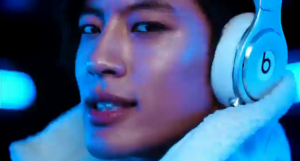 Beats by Dr. Dre headphones connote a “cool factor.” In addition to being a status symbol, they represent being in the know about what’s hot and what’s in. It offers K-pop artists a second-hand affiliation with one of the most prominent names in American hip-hop, therefore making them more hip, edgy and appealing by association. So while Dr. Dre gets the exposure, K-pop artists receive the less profitable cool factor. And when K-pop fans see that most of their favorite artists are wearing these headphones, they also want to buy a pair, despite the fact that they’re highly priced.

All in all, Dr. Dre did a terrific job of embedding his headphones into K-pop. In a genre of music that is guilty of sometimes having a short attention span, Beats by Dr. Dre have managed a staying power of almost 3 years. But if Dre wants to further sustain the success of his headphones in Korea, he needs to be willing to work personally with K-pop artists and foster relationships rather than maintaining a cool distance. Because who knows? Beats by Dr. Dre headphones could somehow be the catalyst towards creating a bond between Western and Korean music.