Fanatic for a Cause? 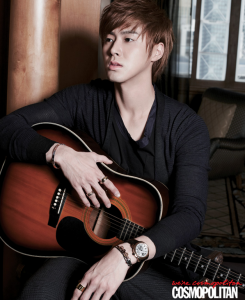 Everyone knows that K-pop fandom can get unfathomably crazy at times, an attribute that most usually criticize and look down upon. There always have been those moments where the extreme delusion and obsessiveness combined have made us wonder what goes on in that person’s mind.

But one can argue that fanaticism is also an irreplaceable part of fandom as a whole. Sure, each individual can reach only a certain stage of this obsession, depending on his or her level of psychological balance. And rumor has it that such behavior doesn’t always have a negative outcome. When it comes to celebrity promotion, charity is something that’s almost always ended well. Take for example the near-$2000 Secret gathered from only two male fans to donate to the APSN (Association for People with Special Needs). Or Lee Hyori, who managed to get about $24,000 from an auction in less than 6 hours. And the list goes on.

These events highlight that people’s efforts to earn their idol’s appreciation can be directed towards better and nobler purposes. If we take a look at more recent events, it’s apparent fan imagination never fails to surprise: Chinese fans decided to celebrate Yunho‘s birthday by building a library in his honor. Which, of course, begs the questions: what is the connection with Yunho? Why a library? But these questions are optional to a fairly more important one: are these actions something to be encouraged?

There’s a thin line separating the committed stalkers from the person/persons that came up with this idea. It’s not to say that one can’t simply enjoy the dedication and the good intentions of people without being distracted by the idea of fandom-rooted selfishness. Rather, it is the mentality that proves bothersome. Why would anyone spend a lot of extra money and time for something big like this? Of course, the answer isn’t hard to guess — for Yunho to acknowledge their existence, even as a group. But then we get to the core of the problem: what is the relationship between a celebrity and its fanbase?

The entertainment industry in South Korea (and beyond) focuses on selling their artists by any possible means and the image is often the priority for them. Their employees have to deliver — they have to sing, dance, participate on variety shows, avoid any controversial remarks and create an easily marketable persona. This mask that they put on is a collective effort from them and their company, based on how the latter wants the singers to be perceived. This process in itself is damaging for the idols, since it leads to constant objectification. Furthermore, a defining characteristic of K-pop is their willingness to give fanservice at will. The topic of homophobia within the context of boy group members being unable to keep their hands off each other has risen before, putting up to debate the paradox between fans “asking for” the homoerotic fanservice but then claiming that the respective entertainers are entirely heterosexual. Idols have to show affection for both genders, but they can be neither bisexual, nor homosexual, and if they are heterosexual, it is better not to publicly reveal the person they like. 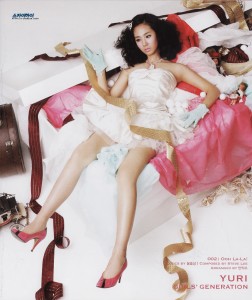 The willingness to conform to that and much more is another argument for the existence of a deep-rooted degradation of idols as human beings and the replacement of their true artistic or personal self with a puppet whose strings are held by their superiors and moved at the audiences’ requests. And objectification is just the first phase. The second would be the acquired sense of entitlement, a natural consequence of the first one. The connection between treating people like objects and the belief that you have a right over them is not a new theory; it is basically what leads to domestic violence, rape or anything related. When it comes to fanbases, the result is the faulty perception of them as only entertainers and we expect them to live up to our expectations and illusions.

There is no big difference between a character portrayed in a drama and the persona many Korean celebrities put on: they both have to correspond to their devotees’ fantasies. Netizens are displeased when someone doesn’t smile, when they seem negligent, where there is just a minor chance they’ve done a mistake. They even go on and criticize them for getting a tattoo, changing their hairstyle or plastic surgery. But what’s the point? Why would they believe the artist owes them an explanation? Even in regards to the Block B controversy — while one may think it’s good that K-pop audiences and fans reacted strongly to their rude behavior and they released a good ordeal of social pressure, it is still a problem the way they think Block B owes them an apology.

Furthermore, there’s nothing healthy about calling one’s favorite K-pop idols one’s husband or wife, only to get hurt when the idol in question gets a date or a serious romantic interest. Imaginary relationships with a person that has no connection with you whatsoever — even those that aren’t “serious” — and asking for a right only a person in that relationship is entitled to ask indicates an unnatural sense of possession.

Delusional fans are the same, no matter how they decide to show their loyalty. The reasons behind their actions are the same that lead sasaeng fans to aggressively harass their oppas or noonas. Fandom can lead to plenty of good things, but it is foolish to ignore the extremely potent negative consequences that come with being a dedicated fan of a celebrity.