Busker Busker - The Saviors of K-Indie? 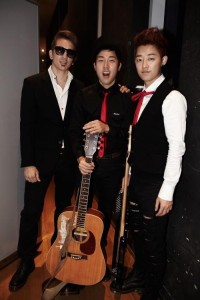 Busker Busker is a Korean pop rock indie band signed under CJ E&M. The band first came together when lead singer Jang Beom-jun wanted to create a “busking art group that focused on street performances” in order to bring an artistic cultural presence to the streets of Korea. The band at first did not have a set amount of members and would rotate in out for performances. But, this all changed when they auditioned for the program SuperStar K3 as a three member band consisting of Jang Beom-jun (lead vocals/guitar), Kim Hyung-tae (bass) and Brad Moore (drums) because they were the only ones in the band who could participate in the competition.

While originally part of the Top 48, Busker Busker were brought into the Top 11 after another band was forced to drop out and progressed further into the competition until they eventually lost to Oolala Session in the season finale. After the events of the competition, Busker Busker dropped out of the spotlight in order to focus on their music direction and their debut album. Now I’ll admit, even while watching SuperStar K3, they didn’t quite pique my interest until after they released their self-titled first album.

It’s now been nearly a month after the release and the album is still on top of the charts (as of April 24th, 2012) holding four of the top 10 spots and firmly grasping the throne at number 1 with their title track, beating out more established groups like 4minute, Nell and Sistar. Their title of artists holds firm in the fact that all 11 tracks were written and composed by their lead singer Jang Beom-jun. Surely all of these accolades warrant a review right? Well then, let’s get on with it: 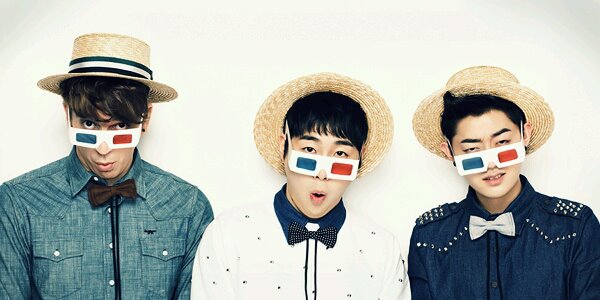 The album starts off with graceful piano and violin instrumental, signalling the beginning of spring. The track is strangely reminiscent of a time and era gone and would by no means be considered contemporary but still manages to kick off the core feeling for the rest of the album.

The track starts off with a very nice bass and guitar rift which flows into your first taste of Jang Beom-jun’s voice. The song, as with most of Busker Busker’s songs, uses typical pop song progression (intro-verse-chorus-verse-chorus-middle 8-chorus-outro) and the middle 8 is definitely where Jang Beom-jun’s voice stands out the most (at 2:08). The lyrics themselves paint the feelings of falling in love for the first time and while this might or might not be intended, listening to the album from beginning end will tell you a story of love, breakups, reconciliation and love again. The track on its own is a strong contender for the position of the title track.

This is probably my least favourite song on the track due to its repetitive lyrics which comes out as a bore due the accompaniment of a mostly stagnant chord progression. Jang Beom-jun’s falsetto also leaves something to be desired as it sounds strained at times. This was something he was criticized for in SuperStar K3. The climax and the guitar solo are the saving graces for this otherwise clichéd orchestration. The song’s lyrics portray his desire to call out his love (most likely unrequited) for a moonlight walk near the sea (presumably the girl from “First Love”).

I really felt that there were other tracks on the album that were much better suited for the position of the title track because of the stereotypical harmonica and chord progressions in the song that are already so prevalent in the K-indie scene. The strained falsetto also rears its head again in the chorus and is not a welcoming sound to my ears. The lyrics continue the story with the idea of his confession towards the girl he likes while they’re walking under the cherry blossom trees in spring and eventually, the two of them come together.

This fun and quirky song starts off with Jang Beom-jun pointing out a girl he thinks he thinks is beautiful to Brad Moore but Kim Hyung-tae disagrees. While the song composition itself isn’t very outstanding the lyrics put out a very nice message; everyone has their ideal type and while you may dislike some of your quirky features, someone else can love them. Basically, beauty is in the eye of the beholder. To all the international listeners, this is one of the songs in which understanding the lyrics is crucial in appreciating the song. If you’re following the story, it appears Jang Beom-jun is being a bit unfaithful, so are there any repercussions…?

… Of course there are. The lyrics express a desire to go back in time to fix past mistakes (presumably after the breakup with his love) with Jang Beom-jun asking himself, “I was crazy. Why am I like this again?” The song itself is very simple but calming and relaxing to listen to. It’s also the only song on the album that features another member’s vocals along side Jang Beom-jun. Kim Hyung-tae’s performs some vocal interchanging and harmonizing at some points and Brad Moore’s whistling is included in the outro.

This is a 37 second interlude track before the next one and is filled with typical noises you would hear on the street. It features someone walking and whistling and some time has most likely passed since the breakup.

8. At the Entrance to the Alleyway

This is a very upbeat track in contrast to the previous song and my favourite on the album, next to First Love. The guitar and the piano being played have a very “plucky” and jubilant feeling, exuding happiness in every chord. When listening to the lyrics, the song features a run in with his ex along the alley in which he claims that he’s a more experienced lover now and that all the misunderstandings have disappeared. Now, if you’re following the story, this means that his love for his ex has now been rekindled with this little run in.

This song could really be another contender to replace the title track.

I have a love-hate relationship with this song and let me tell you why. The whole song builds up to a very well-done climax in which Jang Beom-jun’s voice is the best I’ve heard it and it shines the most in the entire album (at 2:11) but the outro is underwhelming to say the least; I actually set iTunes to just end the song right after the finale because I felt the staccatoed violins at the end ruined the entire build up. Now to bring us back to the story; Jang Beom-jun is admitting he’s lonely and is calling out to his ex, saying that even though he wanted to erase her voice, he can’t.

The countless memories in my hands aren’t drying up easily…
…Oh, I’m just a bit lonely
I’m calling you
Though I said I would forget even your voice

I recommend you listen to the recorded version of this song as the live version‘s tempo is bit sped up. 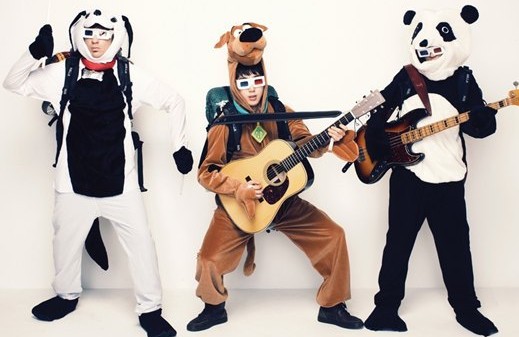 And so the album comes full circle and spring has come again. This is where I felt the album should have just ended as it’s the perfect tie in to the spring feeling concept and joins the end of the album to the beginning. I felt like the song could have done without the overbearing harmonica but I have to admit, I’m surprised it came in this late in the album as it’s considered a staple in the K-indie rock scene. In the song, he has expressed his feelings to a girl (whether she’s new or his ex is completely up in the air) but the girl has not answered to his feelings yet and you get the same feeling of young love as you do in the first couple of tracks. Again, this is where I feel the album should have ended.

This is the one song that I felt the album could do without. Not because it’s a bad song; the feelings that are intended are entirely present and conveyed well with an added bonus of Jang Beom-jun’s voice sounding very nice, but because it doesn’t fit into the rest of the album very well. It carries a much more mature sound and theme that at the very least shouldn’t be at the end of the album.

It feels like a bonus track that they tagged on at the end of the album.

Despite its minor flaws here and there, Busker Busker’s debut album is one of the best K-indie albums to come out in a while and its absolute domination on the charts merits a standing ovation from K-indie lovers everywhere. Their music isn’t anything innovative or new but it features themes that anybody can relate to at one point or another in their lives; love, breakups, reconciliation, and love again. Another major reason for their success is also Jang Beom-jun’s voice; it may not be the most technically outstanding but he has a very appealing sound and quality to his voice that makes you want to look over his limitations. Whatever the reason for their success, Busker Busker brought K-indie back on the map again and opened up the doors for a new generation of Koreans and international fans alike. Whether this popularity endures is yet to be seen but one thing I can say is Busker Busker shows great potential and I can only anticipate more quality music coming from them in the future. 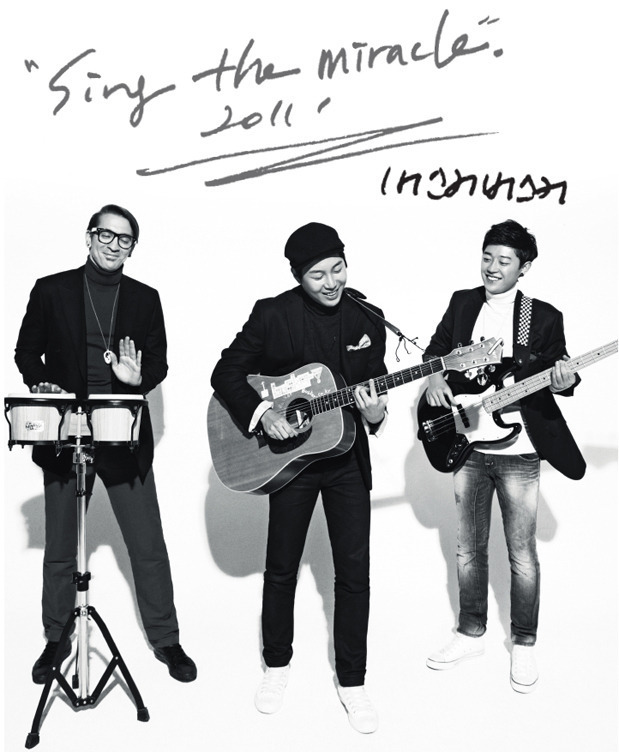