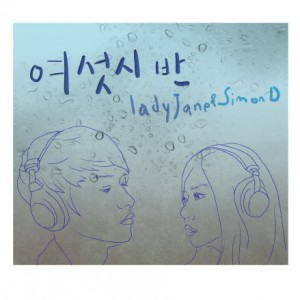 If you’re not up to date on your K-pop beware because 5 Things is all about the top 5 things that I think happened in K-pop the past week– so watch out for spoilers. Simon D and Lady Jane released their first duet,  Busker Busker popped their “Cherry Blossom” on M! Countdown,  SNSD almost cause World War III on The King 2 Hearts, and Inkigayo had some awesome stages this week as Big Bang turned in one of my fave performances of “Fantastic Baby” and C.N. Blue  were perfect with”Still in Love,” but the boys of SHINee won the night and turned in a powerful performance of “Sherlock.”  What 5 Things happened in K-pop last week that I think was a bit more special than the rest? Keep reading to find out.

Rock Kim comes straight out of K-dramaland to rock you once again.  K-indie rocker of Hot Potato and former beloved member of 1N2D, Kim C, definitely knows how to make a comeback.  We first saw him again as the rock guru, Rock Kim in Shut Up: Flower Boy Band and shortly thereafter we heard that he would be releasing a comeback solo album.  The album, Priority, was released on March 27th and contains five tracks: 01. Insomnia, 02. Love, 03. One Day, 04. Good Friend, and 05. 옥상에서 부르는 노래 (A Song Sung On The Rooftop).  Check out his track “Love” which is awesome especially if you like mellow alt rock, welcome back Kim C!

By Min-woo, long live MinDy?  Seriously if you’re not checking out Shinhwa‘s variety show you’re missing out on a whole lotta funny.  The ahjusshis of K-pop are kings of variety… well, they’ve been doing it long enough.  In this episode, they do their own version of Olympic sports and Andy gets an unexpected attack from Min-woo while in a bout of strip judo.  This one’s for Gil, who said that I had better have watched last week’s show before deciding on my 5 Things because Shinhwa’s strip judo just had to be on it.  Here’s a short clip, but you should really watch the whole episode.  Min-woo is a keeper.

I was excited about watching Operation Proposal when I first heard about it and that Yoo Seung-ho would star in the drama as Kang Baek-ho.  But I have to admit, I lost interest after episode 2.  I did keep up with the drama with recaps and about halfway through started getting interested again so I had a lot of catching up to do. I can see why the drama didn’t do great in the ratings– the story was frustrating and wreaked havoc on your heart with the lead trying so hard to fix his past, yet failing every time.  The acting was solid and I enjoyed that the Korean version fleshed out the story more–about how every decision you make can affect your whole life and even the lives of those close to you–as not only Baek-ho‘s life, but the lives of his friends changed with every trip to his past.  I’m adding a new fave actor to my list, Go Kyung-pyo was just too adorable as Song Chan-wook, one of Baek-ho‘s BFFs. One of my fave scenes from the show is when Jo Jin Joo (Park Jin Joo) confesses her love (part begins at about 2:10 below).  In the end, Operation Proposal was definitely worth watching and if you haven’t already watched it–you should.

2. The Prince gets all Lovey Dovey

Ok, so the story is not the greatest and kind-of weak in parts, but where it lacks in substance it makes up in hilarity.  I know these Joseon men lost in modern times jokes won’t be able to carry the drama forever, especially when the makjang comes more into play (and it will), but for now these moments are just so well done–it’ll do.  Micky is killing the comedy.

I know it’s scripted and they all rehearsed what stories they were going to tell, but still… it was Fantastic Baby!  It was an enjoyable episode of Strong Heart and I’m glad it was done as Lee Seung-gi‘s last show.  Lastly, I predict a bunch of Se7en–T.O.P. fanfics coming out in the near future…