K-pop fans are no strangers to wonky Engrish but one would think that with the push to extend Hallyu overseas and K-pop’s aggressive efforts to conquer the US market, South Korean Entertainment companies realize the importance of using good English. But instead of grammatically correct English we get this.

“I really wanna touch myself” 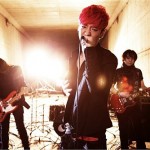 Those are just a select few of the never ending Engrish phrases that make us native English speakers blush profusely as we try not to think dirty thoughts. Trust me, it’s incredibly hard. So which K-pop group is responsible for my WTF Moment: Engrish edition? This time it is the rookie group who stomped and growled their way into our hearts  B.A.P. Of course their name, in and of itself, should have warned me to their possible English blunders but I was far too busy doing more important things–like fangirling over Bang Yong-guk with Nabeela — but I digress.

Earlier this week, T.S. Entertainment released the news that B.A.P. would be promoting a new title song after wrapping up “Warrior” promotions, leading to me having a minor episodic heart attack. And in episode 8 of Ta-dah: It’s B.A.P!, the group released a preview of the music video for “Secret Love,” the next song they would be promoting. I fell in love with the song after seeing the fancams with the boys in suits and head bopping their way into my heart. So I, along with many other B.A.P. fans (I am still in a state of denial over their fanclub name and I refuse to acknowledge it), was excited to see this preview.

I really hope they don’t release this music video; the song is a sexy number and this music video oozes cheesy cheesiness. Himchan’s Edward Cullen Creeper Stares did not help at all, but it was not the corny awkwardness that made me go “What the Flip?”  No my dear Seoulbeats readers, it was the credits. The B.A.P boys involved themselves heavily in the making of the music video and I have to give them props for that. Dae-hyun wrote the script, Young-jae directed, and Bang Yong-guk did camera work and was a ‘raper.’

No that’s not a typo on my part, rather it was on the producers of Ta-dah. Don’t believe me? Here’s a screen cap. 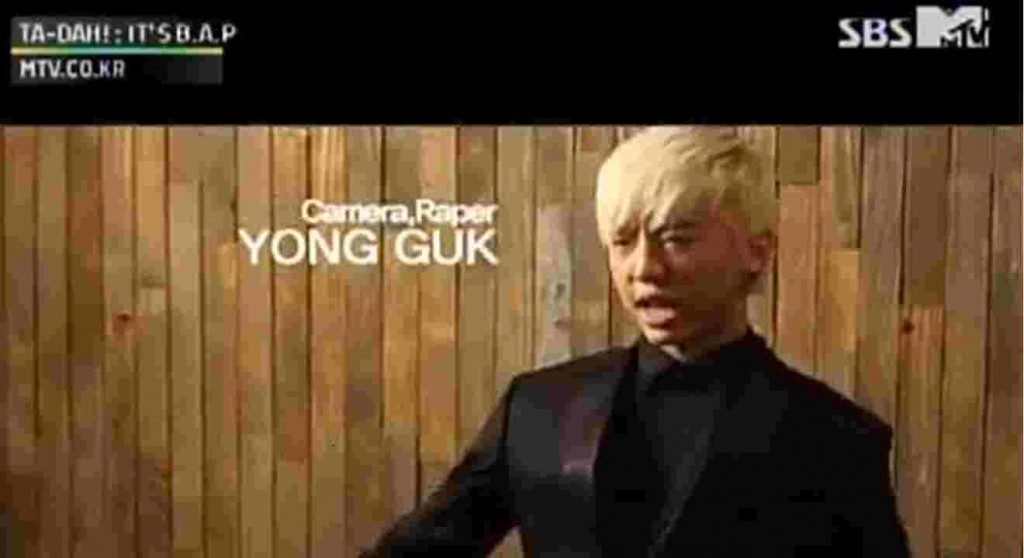 No your eyes aren’t deceiving you, it is written r-a-p-e-r. We all know that is meant to say rapper with two ps but apparently someone over at T.S.  forgot that essential p which can completely alter the meaning of a word. It also doesn’t help that  Bang Yong-gook played the role of crazy creeper stalker in “Going Crazy,” which also added to the awkwardness and WTF-ness of this blunder. Now I have said this before, and I will say it again to the Korean entertainment companies out there:

I’m broke and in need of some dough, and you’re in need of someone who obviously can speak English. I gave up on SM Entertainment, so T.S. please hire me so that Bang Yong-guk is no longer a ‘raper,’ but rather a rapper.

All this does is give Ree an excuse to judge my love for irrelevant rookie groups even more.

What are your thoughts? Were you as bewildered as me by the typo or was Himchan’s creeper stares freaking you out? Leave your comments below.