From rose blossoms bursting into petals and a kaleidoscope of different body arrangements to distorted vocals and a spectrum of electronic beats ranging from almost avant-garde to dub-step, Miss A’s Touch is both visually and aurally stimulating. Their 4th project is characteristic to their previous works and “bad but good girl” attitude, but it also shows the unlikely combo of sassy and melancholy. Since the release of their first single on February 19th , these ladies have been met with reasonable success considering the continuous accumulation of wins on various Korean music programs like Mnet M! Countdown, SBS Inkigayo, and MBC Music ‘Show Champion’–signs that angst and post-breakup themes are still kicking. 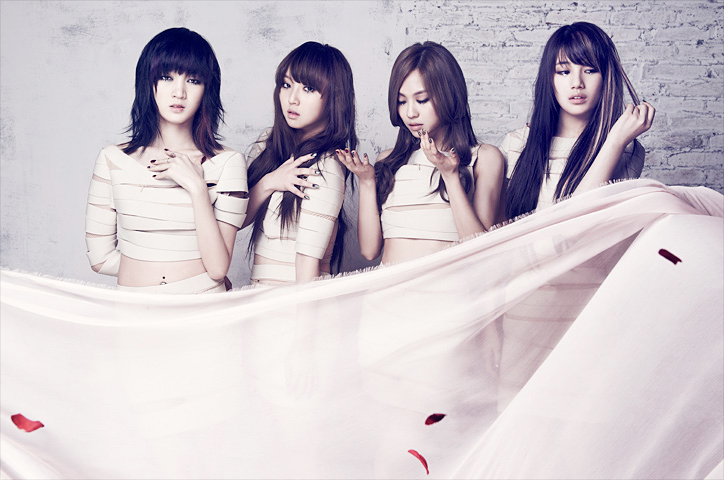 In contrast to their edgy image in “Good-bye Baby”, their concept for Touch is that of a tainted white rose—a romantic and feminine moroseness. From their gauze-like bandage dresses introduced in the teaser images to their open-back black lace dresses worn in their teaser videos and during performances, there is a wistful, modern-gothic feel about them. Their stained lips ranging from deep wine to soft pinks resembling a tainted rose and the jewels placed upon the lower lid give the illusion of large tears suspended at the waterline. Yet, there is a sense of confidence and attitude that pricks like thorn befitting lyrics such as, “don’t look for me even if you think of me (from No Mercy)”. 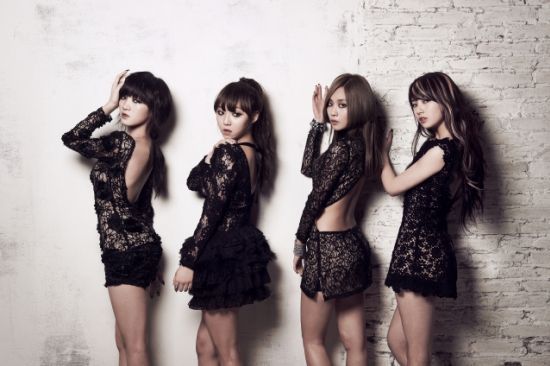 Miss A’s Touch is a blend of K-pop and tracks influenced by currently popular Western music. Ranging from Park Jin Young’s eerie electronic beat and sweet melody of “Touch” to Deep Frost’s characteristic balance between harmonious and distorted vocals of “Over U”, their 4th project isn’t a breakthrough innovation but neither is it a “rinse, wash, repeat” cycle. Working with multiple producers from German record producer and songwriter, Fuego, to Scandinavian based song writing and production team Deep Frost as well as songwriters like Redd Stylez, Nikki Flores, Hong Ji Sang, Yoon Sung Ho and Noday, their album has a moderate scope of electronic music from dance and pop-electro to dub-step. With the focus mainly on the dance beats, lyrics written in collaboration with Billion Dollar Baby, Nikki Flores, Redd Stylez, and Ursual Yancy, are simple and typical of the genre. The lyric from JYP’s Touch, “you are warm shining sunlight/ on my scar and new skin is growing over it,” being the most emotive line off the entire album. 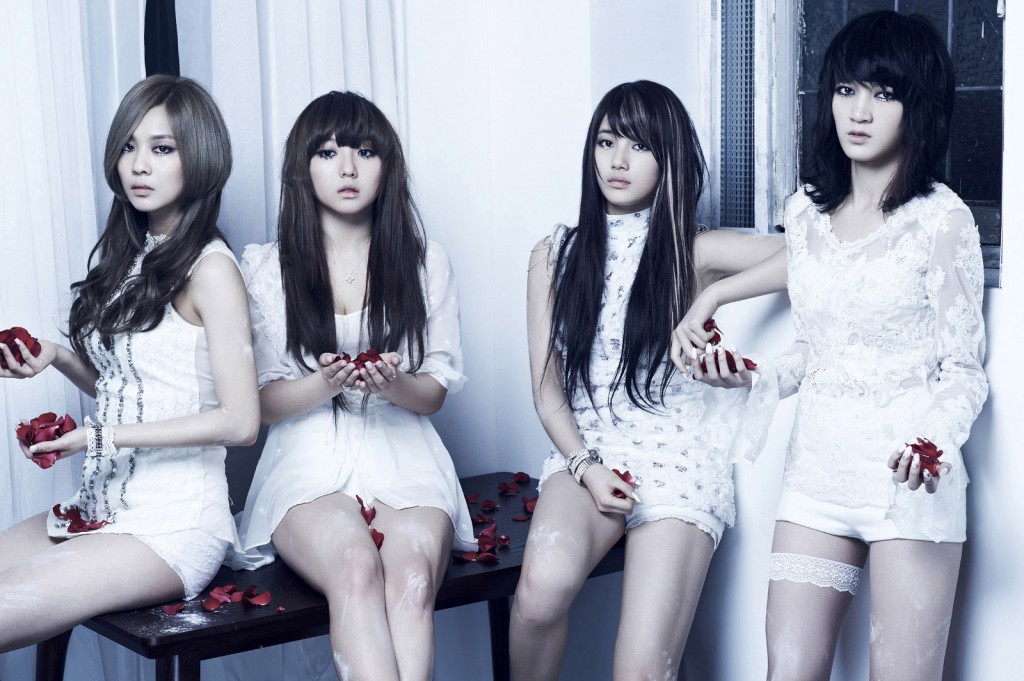 Although the mini-album’s title track carries a deal of post-breakup debris, the overall album is about realizing the capacity to fall in love again even after being heartbroken as well as letting go. From the initial thrill of a kiss in “Lips” to approaching someone during a night out in “Rock N Rule” to deciding to be alone than in bad company with “Over U”, Miss A covers a variety of themes and emotions as profoundly as a young girl could possibly hope to—with the shrewdness of a maturing ingénue. Their individually assigned verses–pretty and emotively sung–balance well with their collective harmonies and Jia’s spirited raps. Their 4th project fits the purpose of a mini-album, which is to remind us of Miss A’s ability to express simultaneously both femininity and audacious attitude.

Lee Woo Min’s R&B rendition of their title track, Touch, resembles a melancholy love ballad. With its sweet piano melody strong digital beat and snare drum beat during the chorus, their vocals are melodic, tender and emotive while Jia’s rap is more fitting on this track.

Written by Kim Eun Soo, Ursual Yancy and Billion Dollar Baby, composed by Yoon Sung Ho and Noday, and produced by Noday, Billion Dollar Baby and Deep Frost,  “Over U” presents elements from both K-pop and Euro dance while remaining characteristic to Miss A’s sound.