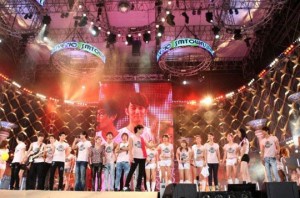 Of South Korea’s many growing entertainment companies, SM Entertainment is often portrayed as the biggest and baddest wolf in town — and it isn’t terribly hard to imagine why that might be.  Following some high-profile and very visible lawsuits (those surrounding DBSK and Super Junior’s Han-geng immediately come to mind), SM has often been accused of foisting slave contracts upon their artists, of treating their artists as sub-human cogs in a machine, and of sacrificing the health and well-being of their artists in favor of profit-seeking.  But now, SM has gone and committed the most heinous crime of all crimes imaginable: they have offered to sell treasury stock to their artists at reduced market price.   The horror!  The inhumanity!  Somebody call Oprah!

Okay, so obviously the hyperbole was intended.  But let’s get to the facts before somebody hurts him/herself.

Yes, SM will be offering their artists the chance to buy stock in the company via third party allocation.  This means that for a limited period of time (until April 3), SM artists will be able to purchase up to a certain number of shares at going rates of 10% lower than market value.  In total, 21,120 shares (collectively worth 980 million won, or ~$881,000) will be issued to 48 artists; BoA, Kangta, and members of Super Junior, SNSD, and DBSK can purchase up to 680 shares each, while members of f(x) and SHINee will be permitted to purchase up to 340 shares each.  In hard numbers, the stock purchased by the veteran artists would be worth ~$27,200, while stock purchased by junior artists is valued at around $13,600.

Motivations?  Well, business hasn’t got much room for altruism, so we must expect that Father SM didn’t just wake up one morning and decide to bestow upon his hard-working children thousands of dollars worth of company stock.  Practically speaking, there are a lot of good reasons for an entertainment company to provide incentive for its artists to invest in it — for one, it strengthens the partnership between the artists and the company in a way that contracts might not.  Owning stock in the company grants to the artists part ownership of the company itself, and therefore theoretically increases their investment in making sure that the company does well.  Additionally, it gives artists a little bit more say in how the company is run, perhaps even allowing them more creative control in developing and marketing new content (though I wouldn’t expect much).  SM’s comments on the matter have essentially reinforced and reflected these arguments; a spokesperson for SM said, “This paid-in capital increase is a way to strengthen the partnership between the company and its artists. We hope this will help the entertainers share the vision and growth of the company and participate in its future.” 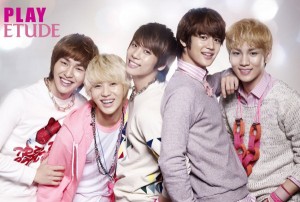 Because this is K-pop, and nothing in K-pop can happen without somebody somewhere having a cow for whatever reason, reactions to this news have ranged from polite interest to crazed conspiracy theorizing.  Some have applauded SM for the move, expressing that this might allow SM artists to have a greater role in advocating on their behalf within the company’s hierarchy; others have expressed disgust and outrage over the fact that SHInee and f(x) were not offered as much as were some of the more senior artists; still more have accused SM of simply attempting to bait their own employees and essentially tether them to the company, further reinforcing their status as slaves.  Some have even raised speculation that the artists will take over the company now that they are part-owners.  In order to better wrap our heads around the situation, let’s try to break it down and figure out what it all means before we jump to conclusions.

Although it is true that this is a first in terms of an entertainment company offering a good deal of stock to its artists, this isn’t exactly a new practice for SM.  BoA and Kangta have been SM shareholders for years — at the time of her contract renewal in 2006, BoA’s holdings amounted to roughly $1 million, which is about four times the amount that the current stock that, say,  Yunho or Jessica would be eligible to purchase under this third-party arrangement.  In other words, at least some SM artists have been participating in the company as shareholders for years now, and nothing has really changed.  At any rate, BoA hasn’t used her apparent stock-holding power to demand that everyone in the company get femme-mullets and wear spandex…although I’d like to think that even she acknowledges that the fashion choice in “Girls on Top” was a disaster. 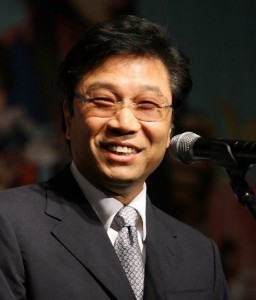 To further put it in perspective, the founder of SM Entertainment, Lee Soo-man, is the largest shareholder in the company and owns 4.4 million shares that are, in total, worth about 280 billion won — roughly $246 million.  SM has issued a total of roughly 20 million stocks.  Read that number again — 20 million.  Lee Soo-man therefore owns about a fifth of them, and collectively all 48 artists who were issued stock (excluding BoA and Kangta’s previously-owned stock) own about 9% of the total stock.  Collectively.  If you break it down by individual (or even individual group), the amount of stock owned is obviously even more insignificant.  This basically leads me to believe that SM’s artists have no more say in the running of the company than they did beforehand.

Since the consequences of the actual stock-issuing in monetary terms are insignificant at best, we should look at what the artists themselves will get out of this deal.  Turns out, it isn’t much; SM does not pay dividends to shareholders, meaning that the artists won’t actually see any actual cash come out of stock ownership unless they choose to engage the stock market and sell off their shares.  Essentially, then, for SM artists, stock ownership has more symbolic value than it does material value: since the total number of shares they own likely won’t entitle them to influence the company’s decision-making and won’t actually provide them with any additional capital, the whole situation ultimately results in something of a maintenance of the status quo, except now the artists have some stock that the company made it possible for them to purchase at a lower price.

So what can we make of this, then?  Was it simply a gesture of “goodwill” on behalf of SM, or was it really part of some sinister plan to ensure that none of their artists make a break for it or attempt to sue the pants off of them?  Unfortunately (and quite obviously), we as fans really have no way of knowing.  There isn’t really enough information out there to make a value judgement on how the artists themselves feel about the stock offering;  indeed, it bears repeating that the artists are not being given the shares, but the opportunity to purchase them at reduced price.  We do not know if the artists have the chance to opt out of this, although my suspicion is that they do not.  Perhaps they all secretly resent being made to purchase the shares, if it is indeed the case that they do not have a choice in the matter.  But really, my own personal opinion is that the very public announcement of the stock-issuing was mostly done for publicity, probably to portray a more cohesive image of the SM family and to suggest to fans that the artists are being treated well and given respect by the company.  Ultimately, since the stock changes very little about the artists’ current positions within the company, the news could really have no other significant implication. 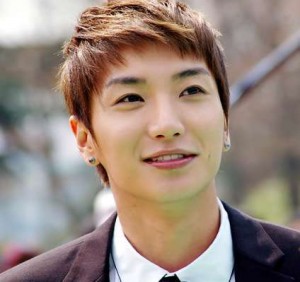 Consider this, though: JYP, YG, and SM are all owned and essentially operated by individuals who were once idols and singers themselves.   The artists of SM might be the next generation of CEOs or shareholders calling the shots for entertainment companies.  In that sense, allowing idols to take part in ownership or running of their respective companies (whether symbolic or actually effectual) isn’t necessarily a bad thing.  Whether or not this is the case with the current SM situation, I can’t say.  But I’m going to go ahead and say that SM’s designs in this case are probably not any more malicious, conniving, or dastardly than are any of their ordinary operations or business practices.  And in the end, it probably WILL wind up being good for the artists; though the language used by SM’s PR people was a little bit sugary, it likely will wind up increasing the strength of the partnership between SM and their artists, and might give greater incentive to the artists to continue to invest in SM — whether by means of human capital or actual capital — in the future.  I wouldn’t be surprised to see other entertainment companies follow suit in the future.  In regards to the overblown hype, the fact that this involves precious, precious idols, whose livelihood fans (for some reason) feel obligated to defend, is likely the reason behind the reactions in this case.

What do you think, Seoulmates?