The Road to K-pop Stardom: Training

The elation that a prospective K-pop star may feel from passing a difficult audition does not last long. Yes, they have the luxury of knowing that they are talented enough to be accepted into an elite entertainment company as a trainee, but their debut and eventual success is by no means guaranteed. By signing a contract with the entertainment company, they are signing away things that we, as K-pop fans, take for granted. Things like personal freedom, sleep, and even the ability to carry on a romantic relationship, in some cases all become sacrifices simply for the chance to pursue their dreams of debuting and becoming that entertainer who stands on stage every night, facing thousands of screaming fans. 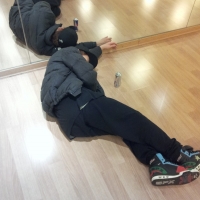 I have mixed feelings about the training period. As a seasoned K-pop fan, I find myself taking the dancing and singing skills idols display for granted. But every once in a while, I stumble upon an article about how INFINITE doesn’t have any furniture in their living room so they can have dance practices at night or T-ara’s Jiyeon waving to fans half asleep or a picture of BEAST’s Junhyung curled up sleeping on the floor of their practice room. Those articles always remind me about how tough idol life truly is, but what’s astounding is that before they became idols, life was even tougher.

As soon as a successful auditionee enters the training period, they are thrown into a sea of competitors who are just as (if not more) talented than them. They endure long dance sessions, singing practices, and even acting classes just to win the right to debut first. At the same time, they are expected to balance school with this demanding schedule–most trainees are high school students. In order to debut first, trainees push themselves to and past their limits, trying to excel and show their company that they are ready to debut.

A trainee can be dropped by their company at any point in time if they are not good enough. They perform for the company’s president on a regular basis, who then points out their strengths and weaknesses. If they are on par with the company’s expectations, they are allowed to continue training with the hopes of K-pop stardom a little closer. If they are not, trainees are dropped without a second chance. 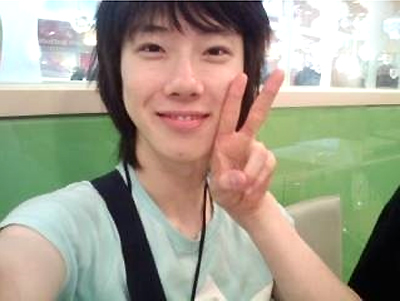 Trainees train almost nonstop for an average of two to five years before being allowed to debut. 2AM’s Jokwon is the longest JYP Entertainment trainee to date–he trained for seven years before debuting. The goal of the training period is to build up a potential K-pop group member’s stamina in terms of both singing and dancing. If they start out with weak voices, the company focuses on improving their vocal abilities. Take Taemin of SHINee for example–the guy had no vocal parts in SHINee’s earlier songs, but SM Entertainment has begun to dole out small vocal parts to him these last two years. On the other hand, uncoordinated trainees undergo the same process to gain dancing skills. Kyuhyun, the maknae of Super Junior, is clearly a talented vocalist, but his dancing skills were not up to par with Eunhyuk and Donghae‘s during songs like Sorry Sorry and It’s You. However, only two years later, SM gave him a major dance break along with the main dancers of Super Junior in Bonamana. Entertainment companies shy away from having their artists lip-sync entire performances, so both dancing and singing stamina are extremely important.

Another goal of the training period is for entertainment companies to see if their trainees have enough mental and emotional maturity to endure the hardships of real idol life. They want to see if the trainee is passionate enough about their dreams to keep on pushing through with the process, even when they get hurt, put down, or discouraged. If the trainee is motivated, they will work much harder than unmotivated ones. It’s tough, but it’s also the only way to weed out the “weaklings” in the entertainment companies’ minds. And then there are the international trainees who have to learn the Korean language and Korean customs on top of the typical singing and dancing routine. Now that would be frustrating–having to undergo tons and tons of training and dealing with the effects of loneliness and culture shock at the same time. Sure, many international trainees become super-successful, such as Victoria from f(x) and Nichkhun from 2PM, but it’s not easy. Take my favorite R&B bad boy for example, Jay Park. Many K-pop fans know that he was the leader of 2PM before he became a solo artist and got kicked out of JYP for undisclosed reasons. It’s suspected that he got kicked out for making anti-Korea comments on his Myspace during his training period, but who can blame the guy? He didn’t know Korean, he wasn’t with his family, and oh yeah — he was a teenager. Anyone would feel discouraged, angry, and hopeless in that situation.

The point is that training is difficult. That’s obvious enough. I rewatched Big Bang‘s documentary about their training period at YG Entertainment recently and realized for about the umpteenth time that becoming a Hallyu star is truly not all glitz and glamour. The boys endured hours upon hours of dancing and singing, even though they are clearly exhausted. It’s heartwrenching to watch, especially when Hyunseung, now a BEAST member, was dropped from the group because he was not confident enough when performing. Gah. 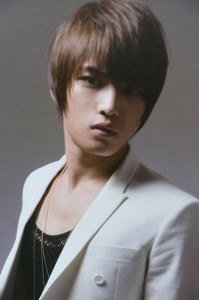 And then there’s Jaejoong. Jaejoong left his family when he was only fifteen to go and pursue his dreams in Seoul. He participated in an SM audition and was allowed to begin classes under the company. However, Jaejoong had to pay for his own classes, and without his family’s support, he took on various jobs such as working at a restaurant, construction work, and delivering newspapers. He used his wages to pay for his lessons first before putting money aside for clothing and food. Finally, Jaejoong was allowed to debut as the oldest in a group of five boys, destined for greater levels of success than any other group that has existed before them. If that’s not dedication, I don’t know what is.

So what happens when a trainee gets dropped from a company? They can either go back to their lives before entering the company, or if they’re lucky, other companies will come along and pick them up for another group. BEAST was formed that way. I think it’s ironic in the sense that one of today’s most popular K-pop groups is formed from reject trainees from other companies. As mentioned above, Hyunseung was dropped from YG. Doojoon, the current leader of BEAST, was a JYP trainee before signing with Cube Entertainment. Yoseob had trained with JYPE before as well before deciding to leave due to poor evaluation results. And yet today, the talent of BEAST is undeniable. Why is that? Well, for one thing, most of the group members underwent two training periods instead of the typical one. The boys also work extremely hard–they’ve been discouraged by other companies and are more willing to put in the extra mile in order to succeed in K-pop. They don’t take things for granted because they’ve experienced the sting of rejection and the pain of getting so close to achieving a dream and having it ripped from their hands. 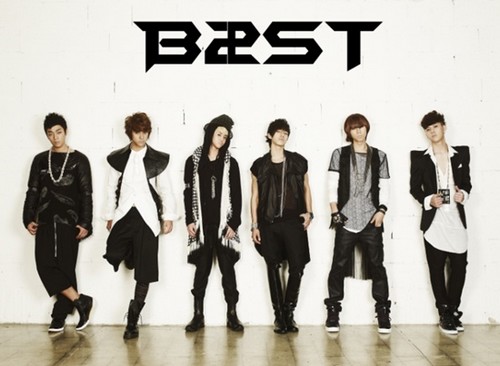 The training period is a humbling experience for most K-pop artists. Even after their debuts, most artists talk about their trainee days as difficult and intense. They don’t forget all the sweat and tears they put into achieving their dreams of becoming a K-pop star, and that’s what makes it so rewarding for them.