Rookies To Look Out For: Six Bomb

With all this hype about new boy groups coming out from left and right, some even having more than ten teasers (I’m looking at you EXO), I thought this would be a good time to focus on a rookie group we’ve heard almost nothing about. A few days ago, Six Bomb, a six member girl group from Jang Entertainment, released their Six Bomb First Mini-Album EP alongside a music video for their title track, Chicky Chicky Bomb. I have no idea what kind of song title that is (though the title is reminiscent of Hyori’s Chitty Chitty Bang Bang), however, the song itself is both catchy and fresh, a dose of different from your usual pop jingle. It sounds much more mature than what we usually see from debuting girl units and has even a little bit of a 90’s pop feel that makes it a little retro. The use of the leg appeal coupled with their classy sound and fierce leather ensembles paints Six Bomb with an image of female angst and power, a concept not too readily picked up or executed by other rookies, particularly girls. Check out Six Bomb’s flashy and colorful music video for Chicky Chicky Bomb and see for yourself.

The only publicity I ever got wind of surrounding this group was that member Subin is SNSD’s Yoona best friend–I can’t recall any other hype surrounding the group prior to debut–but I guess some publicity is better than no publicity at all. On the flip side, many are quickly pointing fingers at Jang Entertaiment’s low-budget MV and calling it cheap; to that I remind fellow music lovers to remember that not every entertainment company in the music industry has money like SM, YG, and JYP do, and that ventures like rookie groups are an enormous bet to throw out into the poker game that is K-pop. I personally didn’t get the cheap vibe when I first watched it, though it is obvious the MV is very simple in aesthetic and was probably shot entirely on a green screen and white backdrop. Still, I think the girls’ funky choreography and individual charisma make up for what’s lacking, and perhaps, that’s really what matters more than a low-budget production. 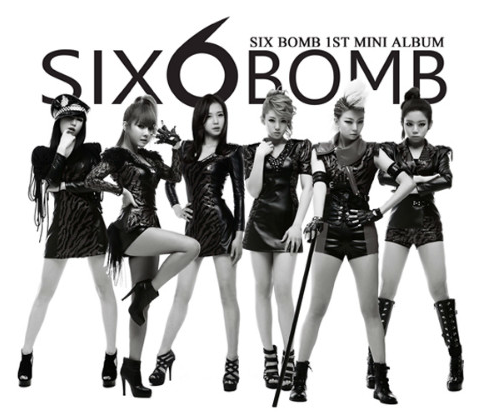 Another interesting tidbit about Six Bomb that has recently come to light is that Jang Entertainment has given the girls themselves a considerable amount of free will when it comes to their management and living situation. A representative from Jang Entertainment commented that the girls live independently and the staff merely guides the girls in their endeavors, but leaves the final decision in the hands of the members themselves.

In regards to the unique manner in which Jang Entertainment is conducting the group, Six Bomb stated that,

Nobody can create our group color but ourselves, and our company places a lot of emphasis not on force but on managing ourselves with our own will.

I take this statement with a grain of salt, because one could never be too sure what exactly an entertainment company is or isn’t doing with their idol groups, but nonetheless, it is interesting to see rookies exercising a significant amount of autonomy over both their lives and careers as idols. Perhaps if Six Bomb is able to stand their ground and hold their own during their debut, they maybe able to prove a point about they ways in which idol groups are managed today.

For Six Bomb, I would say so far so good. They were about to debut as five instead of six due to Subin’s recent injury to her knee, but apparently all six ladies managed to pull through when it came down to show time–a ready testament to the girl’s dedication to themselves as a group. While their project may appear “low-budget”, Six Bomb brings energy and angst that lights up their live performance better than any green screen could otherwise. So as the battle of rookies commences in 2012, be sure to throw Six Bomb a second glance. These girls are spunky and charismatic, and are rocking a unique and mature sound you dont often hear from girl groups on the mainstream. As the year in music goes on, be sure to keep Six Bomb on list of rookies to look out for! 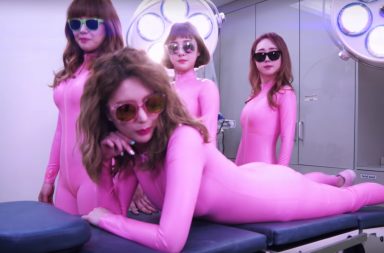 The Skin-Deep Spectacle of Six Bomb