David Letterman Brings The Girls Out

When I first heard that SNSD, also known as “My Favorite Girl Group Ev-ah,” was to make their US network television debut on “The Late Show with David Letterman,” my first reaction was essentially one of complete horror and disbelief.  I thought that it was such a genuinely terrible idea that I may or may not have made this face: 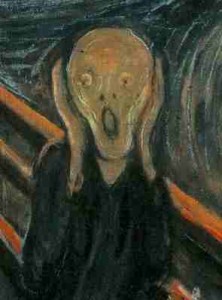 Call me a bad fangirl if you must, but I am one of those K-pop fans who has had difficulty understanding why, exactly, K-pop groups need to expand into the United States by way of marketing English language material.  My reactions to attempts both previous and current to break into the market have ranged from extreme skepticism to outright opposition.  Aside from the proverbial pot of gold that Korean entertainment companies seem to think awaits them at the end of the proverbial US rainbow, I haven’t been able to conjure up any logical reason for the expansion; it isn’t as if there is a strong precedent of foreign artists (read: artists from non-English speaking/non-Spanish speaking countries) achieving both domestic success and success in the US market.  Sure, there have been stand-outs; Björk hails from Iceland, ABBA came from Sweden, and that group that sang that one techno song that everyone listened to when I was in high school came from Romania.  But attempting to sell, and sell big, in America isn’t exactly the obvious next step for any musical artist promoting outside of the US.  More to the point, K-pop groups have already achieved tremendous success with their Korean music alone across Asia.  Why push your idols to perform in an unfamiliar tongue when the odds of success are hardly in their favor?

Additionally (and now I really will get called a bad fangirl), I can’t help but feel that K-pop acts and in turn, their fans, will suffer nothing but extreme embarrassment from trying to promote in the US.  See here for Patricia’s particularly genius commentary on why, exactly, that might be; in short, there are just some things in K-pop that to the seasoned K-pop fan might be easy or even pleasing to swallow, but would earn a rousing 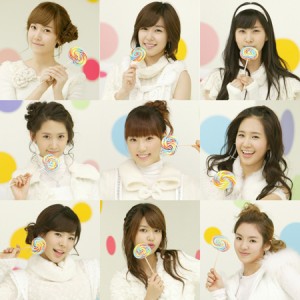 chorus of “WTF” from pretty much everyone else on the planet with eyes and ears.  As much as I love SNSD (and I’m actually wearing a SNSD t-shirt as I type this), I have been forced to acknowledge on more than one occasion that the group is fantastically mediocre in live performances and often saccharine to the point of giving the entire viewing population diabetes.  Does it work for me?  Sure; if it didn’t, I would be wearing this t-shirt.  But all those years spent drinking up the sweet, sweet nectar of the K-pop fandom haven’t erased the memory of my very first reaction to SNSD’s video for “Kissing You” — and I’m pretty sure that I, too, said “WTF is this?”

So, it was with general trepidation and apprehension that I sat down in front of the only wide-screen television in my dorm building to watch the girls take on David Letterman, silently praying to the ‘God of Synchronized Choreography’ that Mah Homegurl (and Secret Best Friend Tiffany) wouldn’t forget whatever complicated dance routine the girls probably learned within the past 48 hours (and no doubt in a sleep-deprived state) in preparation for this moment.

And here it is:

As both a K-pop fan and a huuuge lover of all things SNSD, it is not easy for me to objectively evaluate this performance, but I’m going to give it the good ol’ college try.

As far as K-pop performances go, this truly wasn’t that bad.  Actually, it was pretty good (and again, let me make it clear that I mean this strictly in a K-pop context).  Though the girls were clearly nervous at the outset, they got more comfortable as the performance went on.  I was also digging the remix, though I wish that they hadn’t used a back up track that featured the vocals of some of the lesser-vocally-talented members.  It’s just so obvious that they’re singing over the track, and it’s even more obvious that they’re doing it because their raw vocals won’t hold up live otherwise.  But Seohyun and Taeyeon in particular, were on point (totally appreciated the harmonization there, even if it was only for about 2.5 seconds.  And the rest of the girls sounded kinda-okayish live, as they usually do), the dancing was generally crisp and solid, and Sooyoung in particular was looking hella fierce.  All in all, as a K-pop fan, it went slightly above my expectations, but notably those expectations weren’t all that high to begin with and that is nothing new or shocking.

If I were a non-K-pop fan viewing this performance, I have a feeling that my reaction would have been fairly different.  Because without the context of K-pop, there is really no way anyone should, or reasonably could, call this an awesome performance.  This statement might be something of a K-pop fan reality check, but must be said: SNSD largely sounds pretty “meh” live, especially when they are performing songs that feature intense choreography.  But hey, props to them for even a ‘meh’ performance–knowing how out of breath I get after walking up four flights of stairs, I’d probably choke on my own spit and die if I had to try to sing and dance like that.  But that doesn’t change the fact that the overall outcome of their effort is subpar and weak-sounding to the viewer.  Realistically, I’d probably also be a little bit “WTF?” as well; just peruse Twitter for others who felt similarly:

Oh, but don’t worry — K-pop fans and Sones took to Twitter in full force to counter the wave of negativity with that special brand of fangirl/fanboy insanity that only K-pop can offer:

Obviously, SNSD are not strippers, nor are there 50 of them, but neither was their performance flawless, perfect, or anything even close to that standard.  And to use either of those words to describe them is both delusional and 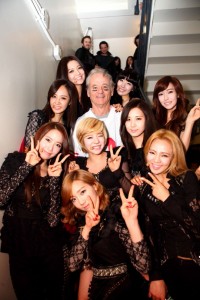 insulting to anyone who has ever actually put on a flawless performance.  The reactions via Twitter may be the most extreme, irrational, and unrealistic, but they are generally representative of the “loudest” voices, the voices that have thus far largely colored the debate on whether or not any K-pop act can “make it” in the US.  I am not terribly interested in opening up that can of worms here, but this performance and the reactions it has prompted serve as a pretty heady reminder of the grand disparity that exists between what is “flawless” (or even just acceptable) in the context of K-pop and what is understood as being deserving of airtime on “The Late Show” in the US.

Reality here is, I think, twofold.  On the one hand, it’s a pretty considerable achievement (or evident of a heavy-handed marketing strategy) for SNSD to earn a spot on a nationally-syndicated US television program; it gets the Girls’ name out there, introduces the US to the idea of K-pop, and it can be taken as a point of pride for the Hallyu movement.  On the other, it also introduces the US to the delightfully low standards to which K-pop audiences generally hold their idols to, kind of makes K-pop look like something of a joke to a Western audience that is unaccustomed to both this style of music and performance, and provokes ridicule and criticism.  It’s entirely possible that SNSD won some new K-pop converts through their performance last night, but that comes at a price.

Overall, the Sone in me is proud of SNSD and generally pleased with the performance, but I have to keep reminding myself that I was pleased with it only because K-pop has taught me to lower my standards and be generally satisfied or even happy with mediocrity.  But let’s not forget that SNSD on Letterman is no longer within the realm of K-pop and will (and really should) be judged accordingly on merit alone.