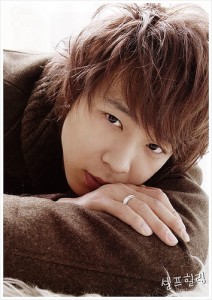 In 2009, a video circulated amongst the Cassiopeia fandom which appeared to capture then Dong Bang Shin Ki, now JYJ member Park ‘Micky’ Yoochun in the midst of Mirotic promotions, grabbing a camera out of fan’s hand and smacking her across the head. While this video failed to circulate beyond the intimate fandom, it has recently begun disseminating and circulating amongst the general K-pop fandom. Because it captures what appears to be a male-female violence, the reactions to this video have been emotionally, politically, and socially charged. Fans have been ripping Micky apart for his dishonorable and disrespectful actions and behavior while other fans have been coming to his defense for his human, albeit mistaken, reaction to aggressive and intrusive fans.

But is the video authentic to begin with?

While Micky’s alleged actions have been causing debate (as discussed by my colleague Patricia), the authenticity of this video has also been the subject of a debate that is just as passionate and just as intense. It all started when various fan-led initiatives began uploading and circulating photo stills along with video of the aforementioned content (If you’re looking, a Google search will bring you to many resources and materials). The photo stills are of poor quality: the lighting is dark, the pixels are grainy, and the overall image is blurry. But the video, the primary “source” of the accusation, is of even poorer quality. The video is shot in landscape for the first half of the video, the point of view is shaky and crammed, and the lighting is dark. But perhaps the most questionable aspect of the quality and thus the authenticity of this video is that at the critical moment in question, the video quickly cuts to Micky walking up the stairs.

The first point of contention is whether the individual in the video is Micky. The appearance of the bowl haircut, signature of Micky during the Mirotic promotions, the dark ensemble, and then the cross-cut that depicts an individual who is walking up the stairs from the area in which the action took place, makes it clear and obvious for some fans that is, indeed, Micky. Other fans however, claim that the poor quality of the video is questionable enough that it does not suffice as evidence. On top of that, accounts from fans who were actually there claim that it was a DBSK staff member instead — not Micky. 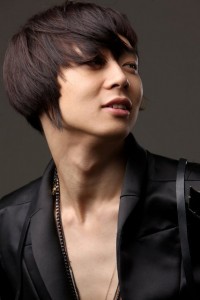 The second point of contention, which relies on the assumption that it is, in fact, Micky, is what exactly Micky is doing. Micky, while a fan favorite in the Cassiopeia fandom and the greater K-pop fandom, has been known to angrily snatch cameras away and just generally, react poorly and negatively to traditional, albeit over the top, fan behavior. However, some fans claim that the moment in question, which can literally be isolated to three or four seconds, depicts Micky smacking her across the head and then pulling her hair. Others however, claim however that in his attempt to snatch the camera away, he accidentally hits her across the head, and afterwards, instead of pulling her hair, he is, in fact, caressing her head and comforting her for having accidentally hit her.

For someone who is not committed to either side of the camp, both arguments condemning and liberating Micky to and from these accusations are convincing in their own way. And considering the evidence, which is, regardless of where you stand in this debate, questionable, both arguments are equally convincing.

The issue of male-female violence is definitely something worth considering but what also deserves some consideration here is the issue of fan-generated news.

Since the popularization of the Internet, the individual’s access to information has increased and expanded. It doesn’t matter from where and when the news originates; the Internet can find it, provide it, and record it. Because of this increased access, the sources of news has also amplified and extended. The days in which organized, reputable sources of information were the one and only suppliers of news are now long gone. News, regardless of the official source, can be gathered from a multitude of other sources, including the personalized, individualized schema of social networks. How often have you seen news including some ground breaking, world changing news, on your social network feed before anywhere and everywhere else? While the ability to produce and gather news once existed in a relationship confined to a producer-consumer hierarchy, we live in a world where that hierarchy and arguably that relationship, no longer exist. 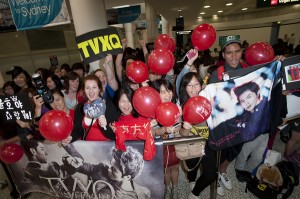 In K-entertainment news, for a variety of reasons, much of the news is disseminated via fan related sources. Among others, a primary reason for this modality comes from the fact that the conditions in which K-entertainment exists and thrives are conditions in which fans are a primary agent. Fans are able to gather information before anyone else either through their own efforts or from direct supply via the companies. And because fans in this particular modality are particularly aggressive and intrusive, these fans can hunt for information. Along with the increasing number of international fans and the need for international based initiatives, which are largely led by fans, the database that composes K-entertainment is especially fan generated. In essence, in K-entertainment, because fans are privy to information before anyone else, including established news sources, and to information that isn’t even officially disseminated, fans are the first and foremost provider of news.

Along with the elevation of consumer status in news consumption, the ability to edit, alter, and completely take something out of context has also become a relevant matter of discussion. And this is something to consider across the board. From CNN to BBC to Al-Jazeera and then to Facebook, Twitter, and Tumblr, the ability to change a piece of news or to even take it out of context is commonplace. In the video, the obvious evidence of an edited jump cut is not a point of contention. But in a world where the providers of the news have grown to include the mass populace (hence constantly referring to “netizens”) and the mass populace is largely, even if incorrectly, regarded as credible as official news sources, whose own credibility is a matter of debate, this is dangerous. 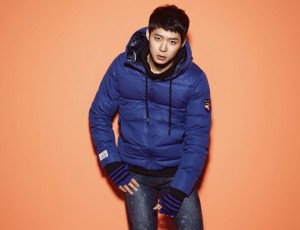 This is especially so in K-pop where fan interests run high and in opposition with one another. There are fans and there are anti-fans and in conjunction with this piece of news, the fans have been accused of purposely hiding this video while other fans have been accused of purposely releasing this video, devoid of authenticity and devoid of context. The fact of the matter is, in this specific case, the fact that we are so intensely and passionately debating an issue that might not be what we think it is, is troubling. But given the conditions in which news is currently created and passed around, this is bound to happen.

Did Micky hit his fan? As convinced as you may or may not be, as of right here and right now, the answer is: No one knows. But having discussed the current state of news creation and release, I implore you to consider any and all news more carefully — especially in K-pop where fans are, more so than many other places, the primary producer of news with access to alter and edit things in order to suit their own interests.

Note: There are several versions of the video, taken from different angles, different cameras, and different points of view. The version I saw, which was among the first circulated throughout the fandom, is no longer available for viewing. Having stated that however, I still stand by the the essential claims and points I make in this article.

Also, on top of that, there are now claims that the fan — an anti-fan as far as this claim is concerned — attempted to hit him first and that he was merely blocking her and defending himself.