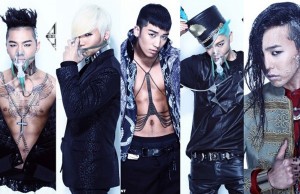 YG has announced that Big Bang are going to have a six title song strong comeback, something not dissimilar to what 2NE1 did with the tracks off of their 2nd mini-album. But is this taking the idea of making a bang, so to speak, too far?

Being a V.I.P I have great faith in the boys’ ability to perform well, but I am also aware that promoting one or two title songs at a time is hard enough as it is, and idols should not be confused with superheroes.

There is the risk that, no matter how talented the composers and performers may be, it might just be too hard to ensure that all six knockout singles are successful all at once.

The public has a limited attention span, and its collective potential for hype can be weakened when spread out too thin.

Look again at 2NE1’s last promotions: “Lonely” and “I Am The Best” did great, but it felt like “Ugly” and “Hate You” were fill-ins to keep the operation moving, leaving less time to promote the songs that the public seemed to prefer.

In addition, Big Bang will have to perfect six different choreographies for the six different legs of their promotion… needless to say, it’s going to be exhausting month for the boys. Papa YG has a reputation for always putting the health and care of his idols first, but business is business and just because he’s letting Bom and Dara date and hasn’t whipped out the 13 year contract doesn’t mean he isn’t going to try to cash in on his artists as much as possible.

Even YG has admitted it’s going to be tough, saying:

It will not be an easy promotion, but we are carefully planning various strategies so that all of Big Bang’s songs will be able to show off their unique styles.

It’s been hard for Big Bang recently, and after the events of the last 12 months I can see why they want to come back bigger and better than ever before. I’ve always thought there must be a certain frustration between comebacks, having to watch your contemporaries shine and wanting to go out and do the same. But does this strategy smell of a bit of desperate marketing; fear that Big Bang will fade away? Is it a smart gamble to make? Perhaps only time will tell.

I must say though that despite my cynicism and worries about this strategy, the pure fangirl inside me is really, really excited. I’m always wishing some groups promoted more songs off their albums (I’m looking at you Brown Eyed Girls) so this is pretty much like a dream come true. 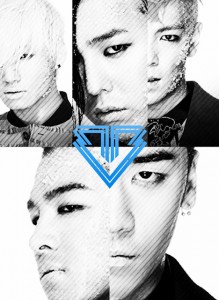 Although there are potential downsides to promoting all six tracks, we should look at the positives as well. YG’s strategy puts the message out there that none of the songs on their upcoming album are intended to be filler songs, and this move will force the public to take a journey through all the different colors of their album and truly see everything that the boys have to offer for this comeback.

How often is it that when an artist makes a comeback, based on how iffy you might feel about their title track, you don’t even bother checking out the rest of the album (potentially missing out on great songs)? By promoting all six songs as once, YG deftly sidesteps the issue of whether a good song off the album will get buried simply due to obscurity. This in turn broadens the appeal of the album itself, because it heightens the possibility that someone will like at least one of their promoted songs (and thus want to check out the rest of their album), by sixfold.

If Big Bang does succeed, it’s going to be incredible and could catapult them to new heights. It’s often the norm for Western artists to promote several songs per album – Rihanna successfully took seven singles from her Loud album — so maybe this is a further attempt to keep up the Big Bang appeal for the West.

No matter what, I admire their determination, and if any band can do it, I’m pretty sure it’s Big Bang. I just hope they can get the right balance between giving it their all and spreading themselves too thin.

What are your thoughts on Big Bang’s six-song promotional strategy? Do you think that it’s a good idea?