B1A4 is My Favorite Color

In the latest issue of Vogue Girl, rookie group B1A4 took part in a colorful shoot that showed the members in a variety of interesting ensembles that fit specific color schemes.  Not only did the boys wear casual gear, but a rainbow of suits were used as well.  The group shot is a yellow theme and items from Jeremy Scott, Lacoste and Joyrich are seen throughout.  Sandeul’s lightening bolt scarf from Jeremy Scott adds a unique touch to his look that makes it almost street-worthy.  CNU also looks understated in comparison to the others; the eyeglasses with the yellow earpieces are an awesome addition.  Gongchan sports the most unfortunate look in this cheery hue.  The yellow shorts over black leggings is just bad, but is that poor guy wearing two of those Lacoste jackets to pull off the layered sleeves look? 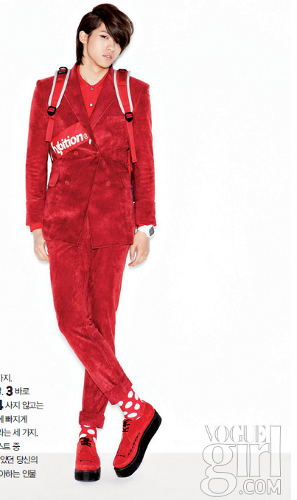 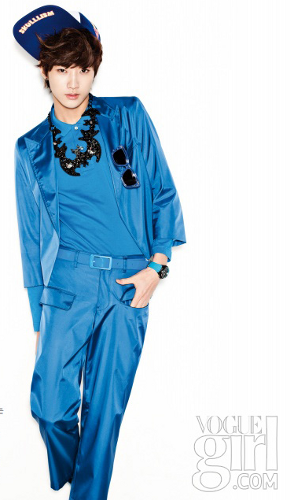 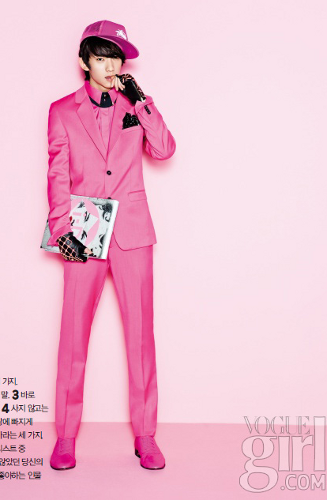 Bring on the brightly colored suits!  CNU is in a velvety red suit that is reminiscent of the one Yunho wore for the SMTown holiday album.  The red creepers are a perfect fit, and the polka dot socks make for a cute accent.  Jinyoung’s shiny blue suit has interesting front-flap pockets, but he should have worn the Ksubi shades hanging from the pocket and ditched the Skullism cap.  Gongchan sports the best look of the entire shoot in his bubble gum suit.  His Stussy hat is a much better fit than Jinyoung’s, plus his fingerless gloves incorporate the pink subtly.  The highlight of the whole look?  Definitely the shoes. 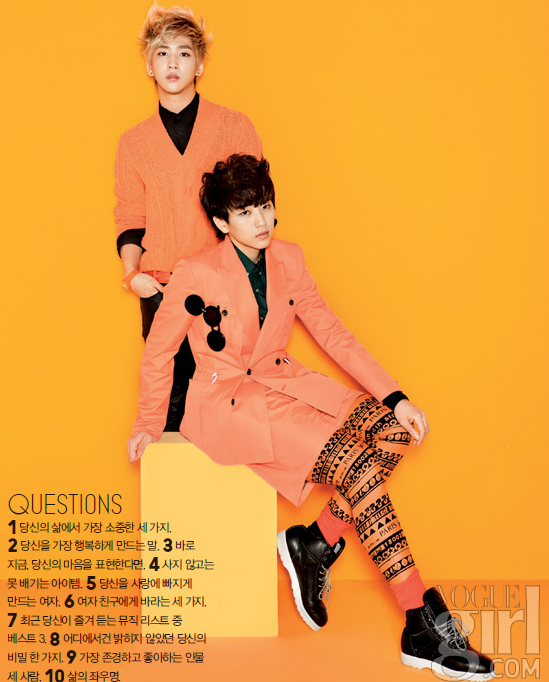 Sadly, Baro and Sandeul had to share the color orange.  The duo show off a pair of looks that are the exact opposite from each other.  While Baro looks put together well in a simple v-neck pullover from H&M, Sandeul is a hot mess in his double-breasted short suit, with obnoxious patterned tights and bulky black high-tops.  Better luck next time, Sandeul.

Did B1A4 make you rethink your favorite color with their new shoot?