The 5 Most Bizarre Things in K-Pop in November

Happy belated Gobble-Gobble to all of you folks Stateside. While most of Seoulbeats gang is recovering from heavy doses of holiday tryptophan ingestion, the eternal wheel that is Korean Entertainment Industry keeps on turning – and churning occasional whacky moments. So, the freshly baked November arrivals to our club are (drum roll, please):

1. Nothin’ Wrong (with a little bump and grind) 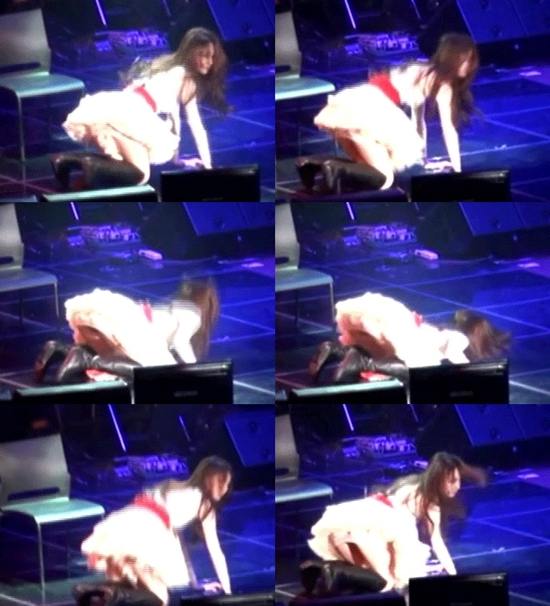 In the words of Christopher Walken – Wowie, wowie, wowie! Davichi‘s Kang Min-Kyung went public stating that someone has maliciously edited a recently circulated video of her performance. Unless she did an unintentional face-plant, or someone excelled at copy-pasting her face to a body of a stripper chick, I don’t see how any editing could get it the way it is. Another attempt at damage-control aegyo? 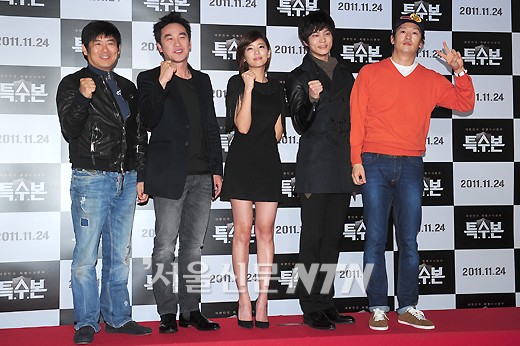 Perhaps, we are a bit spoiled by Hollywood’s glamah. But one comes to expect the stars to clean up and wash up for their movie premieres and at least attempt to don their versions of Sunday best outfits. Case in point – recent premiere of an action thriller Special Investigation Bureau. These guys look like they just left the neighborhood pojangmacha (where, in all honesty, they probably did stop by on their way to the shindig). 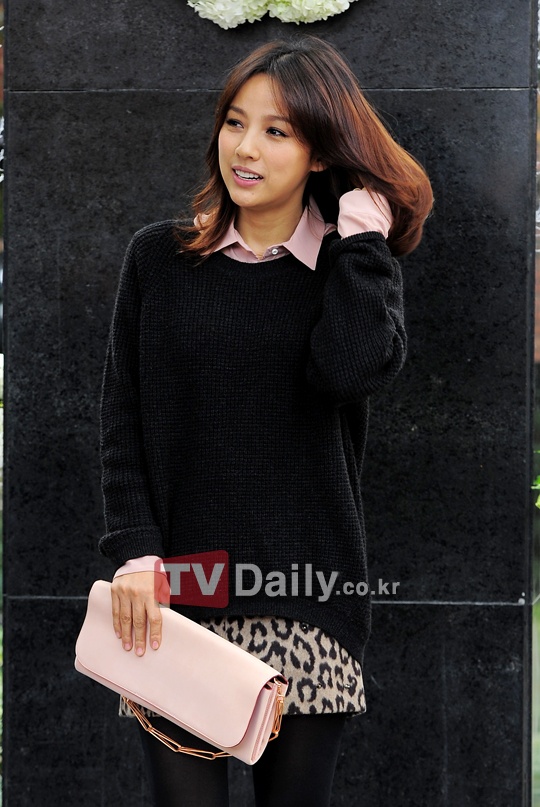 Another gripe, especially after seeing so many Korean stars tie the knot recently – an astounding lack of effort to dress up for the occasion from some of their wedding guests. Prime example – Lee Hyori, whom I happen to love. Unfortunately, she looks downright frumpy in this outfit – definitely not something one would expect to see at a Hallyu wedding – way too casual for the event. 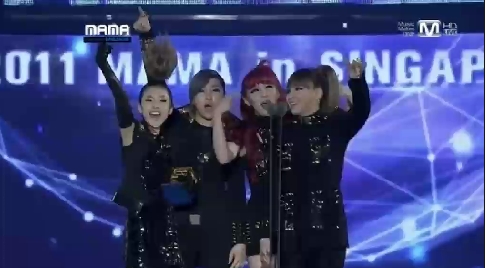 Sandara Park’s gravity-defying hair is so bizarre, it’s actually…… friggin’ awesome!! How cool is that thing? I wonder, though, if all that hairspray makes it a fire hazard. I love it, she looks like one of the characters for Dr. Seuss’ books, and it’s just unbearable fabulosity. 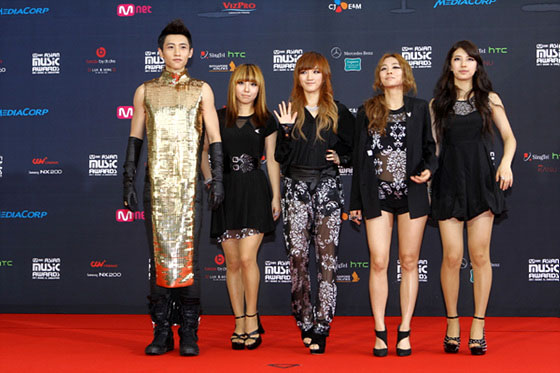 Ok, I know, I know, Wei Chen ain’t no K-Pop. But when I saw his outfit at the 2011 Mnet Asian Music Awards, standing next to Miss A on the red carpet, it was worth sticking him here. I am at a loss for words. I really am – and it does not happen often. It’s like an unholy cross between S&M overglittered dominator and a high priest of Ancient Egypt – or a Village People version of Medican Examiner garb – it is gloriously bizarre. God Bless you, Wei Chen – only a strong and confident man (or a completely oblivious and style-deaf doofus) – would dare to wear this. Live long and prosper, my friend.