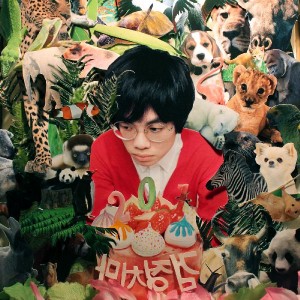 This week’s Kpop Indie Gem is The Black Skirts.  The Black Skirts is actually a one man band made up of singer/songwriter/guitarist/bassist/keyboardist Jo Hyu-il (aka Bryan Hyu-il Jo and Holiday Jo).  Jo was born in Seoul, but moved to the US when he was 12 ans grew up in New Jersey.  Although he  moved to the States he was still very into the Korean music scene and lists his musical influences as Crying Nut and No Brain.  He started a punk rock band in 2004 with two acquaintances called Castel Prayon.  The band went through a couple member changes until eventually Castel Prayon also became a one man band.  Eventually Jo Hyu-il decided to head to Korea to pursue his music career in its indie scene.

With the move to Korea, Jo changed the name of his ‘band’ to 검정치마 or The Black Skirts.  His music style also became more pop rock and ‘arranged’ than his previous works yet still his work really isn’t totally influenced by a specific genre of music. After growing up in the US and returning to Korea, Jo had to make a lot of adjustments getting used to another ‘culture’ again and found writing lyrics in Korean to be somewhat difficult.  Fans have said that his ‘straight forward’ Korean lyrics tied together with his unique sound is what makes The Black Skirts so unique.   His debut album 201 took the Korean indie scene by storm in the later part of 2008 making the band mega popular on the streets of Hongdae.  The album included ten tracks, here’s the title track off of 201 “Like Me” (좋아해줘).

Here’s another popular song by The Black Skirts, “Dientes” which was released in 2010.  The song has a slight reggae styling with its upbeat syncopation.  Love the MV. 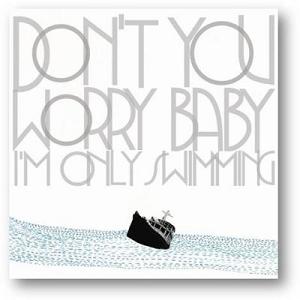 The band just released its second full length album, Don’t You Worry Baby (I’m Only Swimming) a few months ago to the delight of fans.  In an interview with one of our partner sites, Singapore’s Kourier, Jo said about the album cover’s nautical concept:

Yeah. It’s actually a concept album loosely based around sailing. I am the captain and the sole crew of the ship called The Black Skirts, and sailing represents my career in music. There are a whole bunch of other symbols and metaphors on the album that I can’t really go into detail. The message is in the title: I am alive and well even if it looks like I am drowning. So don’t you worry baby (I am only swimming).

Here’s a great song off of the second album with all English lyrics, “International Love Song.”

Seriously, the ‘Big 3’ Korean entertainment companies need to check out who the directors were for The Black Skirt’s MVs–they are so awesome. The Black Skirts held a concert on December 17th in Seoul to showcase some of their new music, the tickets for the concert sold out in a matter of minutes–and I can definitely understand why.