When news of the collaboration between SM, YG, and JYP Entertainment through “Survival Audition K-Pop Star” hit, everyone was excited to see the three power houses in the Korean entertainment industry to be in the same room for the same purpose. While there is a good deal of friendliness between these three companies, seeing them in the same room, communicating was bound to be interesting. And as soon as episodes started airing, we got the pleasure of seeing Yang Hyun Suk of YG Entertainment, Park Jin Young of JYP Entertainment, and BoA of SM Entertainment developing friendly relations with each other and the contestants.

Seeing the CEOs of YG Entertainment, or in the case of JYP Entertainment, and former CEOs, of these companies come together was certainly interesting. But perhaps even more interesting is seeing BoA representing SM Entertainment. BoA is not just an artist of SM; she is a shareholder of SM as well and thus with both personal and professional investment in the company, a valid representative. And as SM Entertainment’s representative, she has held her own. In a room and in an industry dominated by men, she is holding her head up high, doing what she does best, without her gender getting in the way. And I cannot help but admire her for it. Of all the idols in the industry, she is a respectable, confident, talented woman who can give her male counterparts a run for their money.

And yet, while I look up to her presence, her role, and her gravitas on this show and in this industry, I cannot help but recognize how inherently problematic it is. 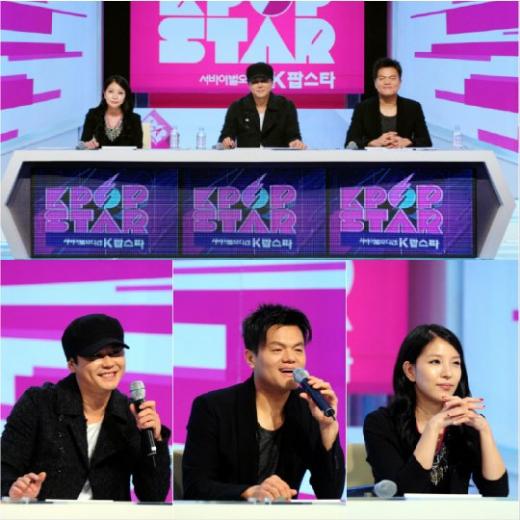 I praise BoA but at the same time, she isn’t on the same level of her fellow judges. She is not a current CEO, former CEO, or at the same level of power within the company. She does have power, yes, but not the same amount. And while she is present on the show, it is only in substitution of her superiors—Lee Soo Man and/or Kim Young Min—both of who are men. BoA’s career is filled with achievements not only for herself, but also for women all over Korea. But she is not superior to her superiors, all who happen to be men.

On the show, she brings fresh personal experience. While Park Jin Young and Yang Hyun Suk were idols once upon a time, BoA is fresh off the boat and preparing to go back any second. On top of that, she’s a woman who can offer judgement and guidance that the former two could not to female contestants. But the fact still remains that she is a woman in a man’s world. Granted, a very successful woman in a man’s world but a woman nonetheless. I cannot repeat this enough but I really admire BoA for setting new standards for women in Korean entertainment. But is BoA the best a women can do?

Korean companies are owned by men and controlled by men. They do everything: founding the company, creating the artists, telling them what to sing, how to dance, what to do with their hair and outfits, and reaping in the profits after everything. The situation for women in Korean entertainment is a lot better than it was several years ago. We have some semblance of female power in the industry then we did before. BoA owns SM stock, we have girl power groups like Brown Eyed Girls and 2NE1, and when the whole Kara scandal broke out, and when word also broke out that DSP Media’s wife had taken temporary control over the company. But in retrospect, things have not changed as much as they should have. BoA is still controlled by men, these girl power groups are still controlled by men, and there is no female answer to the CEOs of SM Entertainment, YG Entertainment, and JYP Entertainment.

Even though women keep on progressing, they still seem to be several step behind the men. It will take a great deal of time and effort to make up for years upon years of sexism but I encourage women everywhere to not settle for the bare minimum. BoA is phenomenal worthy of all the respect in the world. But women can do better and it’s about time we did.