Last year, we all learned that after attempting to break into the American music market, The Pop Princess of Korea, BoA, was going to attempt to break into the American movie market. Her upcoming film, COBU 3D, which is set to release in 2012, tells the story of “a pair of star-crossed dancers in New York [who] find themselves at the center of a bitter rivalry between their brothers’ underground dance clubs.” Directed by Duane Adler and co-starring Derek Hough, Cobu 3D is expected to be a huge hit, with fans across the board anticipating BoA’s American movie debut. And so, to add to the excitement of the upcoming movie, SM Entertainment recently released the trailer that you guys can see below:

After getting a taste of COBU 3D, the following are reasons why I won’t be seeing it.

Isn’t this the same plot of Step Up 3D? Like, I know we accuse a lot of things of being the same as something else but seriously, the two movies have the same, EXACT plot. And let me tell you, it took me three tries to get through Step Up 3D. Wait, no never mind, I have yet to finish it. And even if the plot were super original and amazing that it made me cry tears of gold, 99.9% of dance movies bad. With the exception of Dirty Dancing and Step Up, dance movies are unbelievably campy, cheesy, and just plain horrible. Dancing is great but when a narrative makes it seem like dancing is the solution to the world’s social, political, and economic problems, I want to go leap in a fire. 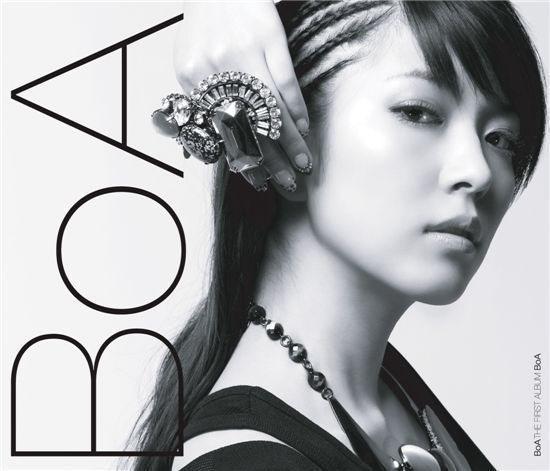 BoA is a boss dancer. I may not enjoy her singing, but her dancing is the bomb and arguably the best in the Korean entertainment industry. This is non-existent in the trailer. Her dancing is underwhelming and gimmicky at best. And Derek Hough, don’t even get me started. He is a good, no, a great dancer. But a great hip-hop dancer? The trailer doesn’t show him getting into hip-hop. Ballroom, yes. Hip-hop, no. And if the trailer doesn’t feature the male lead dancing to hip-hop in a hip-hop, dance movie, then why would I pay for this?

I’m sorry but there is just something about Derek Hough and BoA that I am not buying. They have zero chemistry. As an idol, I’m sure BoA hasn’t had the most experience with men but that’s okay because in this trailer, I don’t think she’s too much of a problem. Derek Hough could not have chemistry with any woman, if you know what I mean.

This trailer was disappointing and underwhelming. Trailers are often more exciting than the actual films which they are attempting to advertise and if everything about this trailer that is supposed to be appealing is NOT appealing, then why would I go see this movie? It is especially disappointing because I have never seen BoA act and this could have been an interesting opportunity for BoA to show us what she can do. COBU 3D is not going to give her that opportunity. In fact, COBU 3D might join the ever-growing list of Korea’s failed attempts at breaking into the American market. Because as a fan of BoA, as a fan of Korean Pop, COBU 3D is a movie ticket I will not buy.

Wait, no. Who am I kidding? Dong Bang Shin Ki’s Yunho is in the movie. But that is besides the point. A cameo should never be the selling point of any film.