Can 2PM and Miss A Attract Tourists?

South Korea doesn’t need to convince me to visit their wonderful country, but the promotions continue in an effort to draw in more tourists. And I have to give it to South Korea, they giving it the old college try. The problem is with every catchy song about Seoul, every slogan and every celebrity-filled commercial, we don’t get a sense of the nation’s identity. And that is the key problem: South Korea hasn’t developed a brand or identity outside of Asia. A good percentage of people don’t make a significant cultural link when they think of South Korea, except of maybe North Korea.  Perhaps that will change with the Pyeongchang Winter Olympics, but until then, the country’s tourism sector keeps churning out ideas. 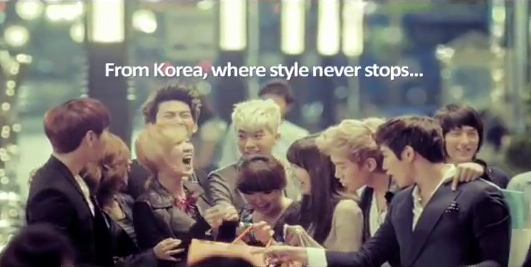 Their latest PR move is actually fairly intriguing and creative – it’s an interactive movie called, 안녕[Annyeong]. The premise is that you take a trip through Korea with the members of 2PM and Miss A. Like many of South Korea’s tourism campaigns, it is visually and aurally pleasant.

I’m greeted by light, soft music and the message, “Hi, Bye…..Wishing you many blessings,” directly translating “annyeong” for its visitors.  Right away you are given the option of making your own visitors card, with pictures of two nondescript Caucasian people (two students who won the opportunity to help film the campaign) or the ability to insert your own picture. I don’t see an option for any geeky, Black females, so I decide to upload my own picture.

The film is a simulation of a  three-day adventure showcasing the diversity of Korea – a night out in Seoul with Taecyeon, a meal at a hanok, a traditional Korean house, with Suzy and Jia (who plays a Chinese exchange student staying with the family), and scenic sight-seeing with Wooyoung and Min as your tour guides. It’s all done from a first-person camera perspective, and the cinematography really enhances the fantasy, with much of the film aesthetic as romantic and dreamlike. 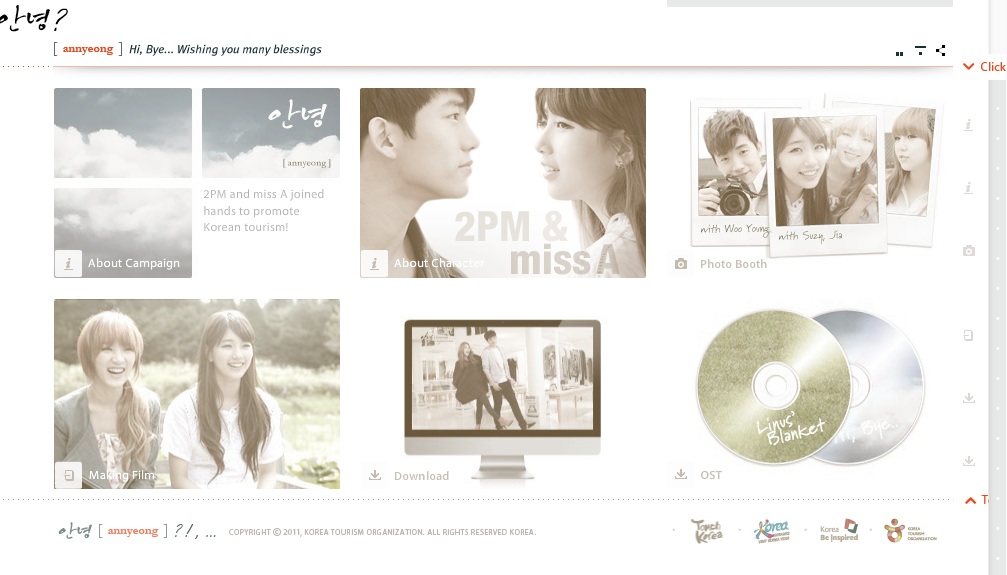 It is good production work reminiscent of the “Haru” campaign, except the tourism board went a little further with “Annyeong. It’s clear that the Korean Tourism Organization is working overtime in crafting this fantasy version of Korea, but I came away from the experience wondering what the average person would think.

On one hand, we have what would amount to a well-rounded overview of South Korean society. On the other hand, while the “episodes” are gorgeously shot, and somewhat informative there’s no cohesion in what the KTO is trying to say about the country. South Korea has a bangin’ nightlife, a wonderful culture and beautiful scenery. But so do many other countries. What is so different about these things that would make someone come to Korea over Japan? The fantasy-like filming is nice to look at, but perhaps it’s time for the country to allow a grittier, more whimsical side to seep through the cracks. That’s not an easy thing to do, since they are trying to change global perceptions as well. For a country whose citizens are so fiercely loyal, they deserve a strong overarching image that encompasses them as a nation. An image not consisting of K-pop stars.

Want to try the interactive adventure yourself and “hang out” with Taecyeon and Suzy? Go to the official website and give us your verdict!