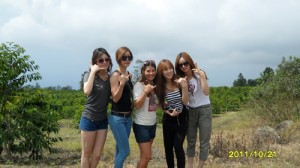 The comebacks continue as K-pop gears up for end-of-year festivities as Lee Seung-gi returns, Tablo returned to broadcast, MBLAQ‘s G.O. released a solo track for the Mr. Idol soundtrack, 2NE1 released the Japanese PV for “Go Away,” the K-pop Roadshow hit L.A., and Girls’ Day visited Hawaii for some Kona Coffee.  What made my list of  the top 5 Things I LOVED that happened in K-pop last week? Keep reading to find out what I thought was a bit more special than the rest.

5.  Ahjusshi actors get some ELLE loving

ELLE Korea released teaser pics of its upcoming November  issue where they featured some of South Korea’s charismatic mature actors.  Choi Min-soo, Ma Donk-seok, Ryu Seung-ryong, and Yoon Je-moon showed off their masculine, and mature charms through their personal style.  Bad boy actor Choi Min-soo who was excellent in sageuk drama Warrior Baek Dong-soo and freaking hilarious on Running Man poses on his bike.  Ma Dong-seok who we last saw in Dr. Champ showed off some cute charm.  Ryu Seung-ryong who most recently played Director Choi Do-bin in Personal Taste shows his love of sweets.  And A Tree with Deep Roots‘ Yoon Je-moon goes the academic route. 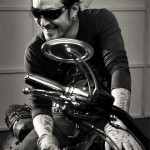 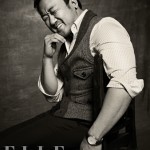 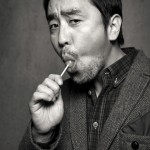 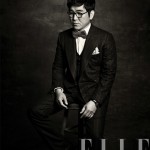 4. Lee Seung-gi comes back with Tonight

Triple threat Lee Sung-gi (MC & variety star, actor, and singer) makes his musical come back after almost two years with his fifth album, Tonight. The album which was produced by Hitman Bang Si-hyuk contains ten tracks and he also released the MV for his title track “You’re My Friend”.  The track is a sad love ballad that laments over the fact that he can’t confess his feelings to a friend he secretly loves and wishes he could take care of instead of her jerk boyfriend.  Ah, Seung-gi aren’t you like every mother’s dream come true for a son-in-law?  You should have definitely gone for it!  LOVED the song and MV. 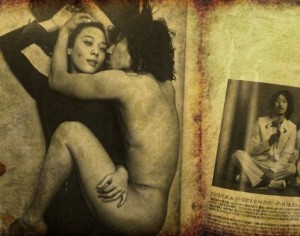 K-hip-hop’s royal couple Tasha (aka Yoon Mi-rae) and Tiger JK released a picture of themselves copying the iconic pose of John Lennon and his wife Yoko Ono for celebrity photographer Annie Leibovitz.  The photo was to reflect the couple’s deep love for each other and was shot to be the cover of Rolling Stone magazine just hours before his death on December 8, 1980.  The picture was released by Tiger JK on his me2day on October 26th with a message announcing the release of Tasha’s new single “Get It In.”  The  MV was a collaboration between the couple, Lumpens, and The Creators Project a “… global network dedicated to the celebration of creativity, culture and technology.” which Tasha and Tiger JK are the representatives of in South Korea.

2. Tablo returns to the Stage

After releasing his comeback album Fever’s End, Tablo returned to the stage on the October 30th episode of Inkigayo. Tablo performed two songs, “Tomorrow” featuring Big Bang‘s Taeyang and the song “Bad” featuring Jinsil.  In interviews prior to his comeback, Tablo had talked of the anxiety he now felt when speaking in front of crowds because of the supposed “education scandal” he had to go through. So seeing him on stage again performing, is truly something to love.

1. What’s Up to air in December

When news first broke about What’s Up, a Kdrama about the life and loves of a group of college musical students written by popular screenwriter Song Ji-nah, the expectations were high back in 2010.  The drama would be the acting debut of Big Bang‘s Daesung and would also star many up-and-coming young actors including Im Joo-hwan, Im Joo-eun, and newbie Kim Ji-won.  If that wasn’t enough, the drama also held auditions for the supporting cast giving unknowns a chance at breaking into the mainstream.

The production started in July 2010, then a similarly themed Kdrama Dream High was released in January 2011 and became explosively popular, What’s Up wrapped in February 2011, news broke that it would be aired in March 2011, and then… nothing.  It has been in post production limbo for almost a year and now finally it has been picked up by cable channel MBN.  I’ve been waiting to watch this drama for over a year, but what I LOVE more than being able to finally watch it is that it is a sign of the return of Daesung to the Korean entertainment industry.  Hallelujah!  Here’s the teaser that was released a year ago to get your Kdrama interest going.