Why SNSD Should Be Four, Not Nine 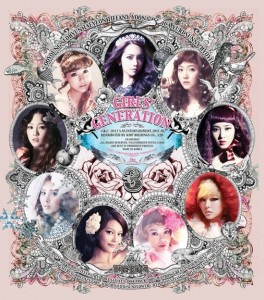 The internet, as of late, has been all in a tizzy over the impending release of  The Boys, idol group juggernaut SNSD‘s third studio album. Fans, antis, and neutrals alike are poking their heads out of the woodwork, eager to gush, criticize, or shrug and move on with their lives. Likely all the fuss will be over the new things: the songs, the outfits, the performances. But watching the teasers, a less surface level question came to my mind. Why even bother with nine members of SNSD? Wouldn’t the group be far better off with just four members, instead of nine?

To clarify: I don’t mean that in general, groups shouldn’t be large. If you have the right members and every single one has an appreciable level of talent and exposure, then a large group is just fine. Take Infinite, for example. On the whole, they’re a decent example of a large group dynamic working. But with SNSD, I keep getting the creeping sense that there are a few members not fitting in or getting any exposure, and a few members that, if taken on their own, would make for an even stronger group.  Every group member should fulfill some kind of role, and there are a few in SNSD that have their own role, and a few that don’t.

Ideally, the group line up should have been: 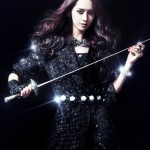 1. Yoona– Alright, so the girl isn’t the best singer or dancer. She doesn’t bleed charisma, or have any special talent for acting or composing or instrument playing. But she does have a quality even better, and more valuable to any group: people like her and her face. SM Entertainment knows this too, and they make sure to capitalize on it. Just check out the teaser for “The Boys”: twenty-seven seconds, give or take a few, of Yoona staring at a shiny rock, and two to three seconds for the rest of girls! Granted, internationally, she doesn’t have a horde of fans, but in Korea she does, and her face is inescapable. She pulls in a great deal of money, and what purpose does an idol group have but to make money? 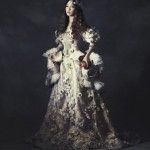 2. Taeyeon– She’s the voice of the group. Some would even venture to argue that she’s the only exceptional singer of the group, but that’s moot point. The important part is that her voice colors the songs, and she has an enormous fan base. Every group needs “the singer,” and she fulfills that role quite nicely. Not only that, but every group is composed of “types,” and she slots into the girl-next-door type better than the rest, and has a variety show-ready personality. 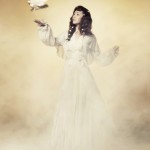 3. Jessica– She’s got a decent voice. Not spectacular, but decent, and every group needs a decent vocal to “fill up” and anchor the songs, so to speak. More important than her voice, though, she has a look. Her more adoring fans refer to her as the “ice queen.” She’s another type to round out the group: in this case, the Mean Girls cheerleader @#!*% type, but with a secret soft side. And apparently, her character works. Jessica is one of the more popular members of the bunch.  She also handily fulfills to role of the member hailing from another country, given the fact that she hails from California. 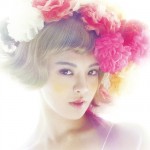 4. Hyoyeon– The poor girl doesn’t get a whole lot of recognition within either the public or the fanbase. However, she does do something else that’s rather important: she anchors the choreography, and gives SNSD credibility in the dance department. Let’s face it, SNSD aren’t incredible dancers. They probably wouldn’t have a whole lot to offer in that area if it wasn’t for Hyoyeon.

So what about the rest of the girls, the coulda-shoulda-beens? Why do I consider them extra baggage? It’s not that they’re useless, per se, but they evidently aren’t performing to the best of their abilities in SNSD, and they’d be better off elsewhere. For starters, Sooyoung. The girl is gorgeous. She’s got legs that go on for miles, speaks fluent Japanese, and has a funny personality. But her fanbase is low in numbers, and she gets neither screen time nor exposure, even in Japan, where by all rules of logic SM should have promoted her the most heavily. She’d be better off sticking to the modeling industry. Seohyun as well is being held back. She’s a smart, diligent, hardworking girl, but she’s boring to watch on stage. She wasn’t really cut out to perform, and would probably go far in life if she was able to focus exclusively on her studies. Tiffany is modestly popular and variety-show ready, but she’s just kind of there. She doesn’t add a whole lot either musically or performance-wise, and she’s had plenty of personal incidents that have landed SNSD in hot water. Yuri is another one who’s modestly popular but also kind of just hanging in there, not really adding much. Sunny is both one of the weaker performers and not particularly popular either within the fanbase or publicly to compensate.

Of course, wishing for a smaller SNSD won’t do much. Like it or not, nine has become the sacred number in the hearts and minds of Sones everywhere. But as they move into their performance cycle for their latest comeback, I can’t help but wish that a few had been cut loose to forge their own paths, making for a stronger group. Do you think that SNSD would be better off with less members? If so, which ones would you keep, and which would you cut?