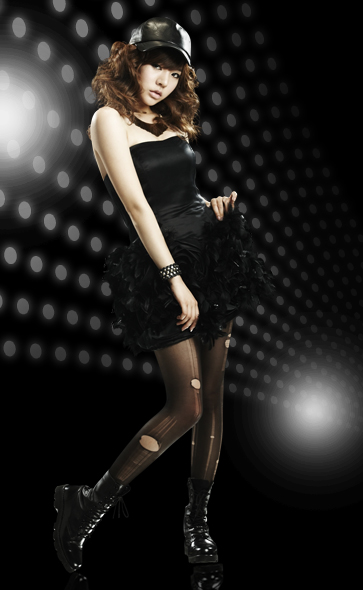 We’re back (in the truest sense possible!) with another Seoulbeats Roundtable, and this time we’re talking about remakes in K-entertainment. From classics like Old Boy to Absolute Boyfriend, Korean media has had a tendency to adapt material from pre-existing works. In many of these cases, these pre-existing works have already developed both critical and social popularity. Therefore, we asked our writers: What does Hallyu bring to these works? What do you prefer?

Nabeela: The first thing that comes to my mind is SNSD and their remake of Ke$ha‘s original Run Devil Run. In this case, I actually liked the SNSD version better; Run Devil Run was one of those rare instances where the girls wore pants and worked the sexy image. They definitely added the SNSD charm to it and cleaned up the beats to really make it theirs. Even though Kesha released her album some time before the SNSD single dropped, the song seemed like the kind of bubblegum I’m used to hearing from SNSD, so the win went to them.

Megan: I thought Ke$ha’s was just a demo that she dumped, and SM picked up? I say this as someone who doesn’t like Ke$ha at all, but I thought that her crappy little demo was better than the final that SNSD dropped. SNSD didn’t have the necessary attitude or charisma to pull it off. I don’t blame it on the girls. They’ve been trained to do the cutesy schtick since who knows when, and now they’re locked into it. It definitely showed in their live performances. No edge, no danger, no real sex appeal. I appreciate that they tried to do something different, but them singing that Ke$ha thing was kind of like drinking store-brand cola: tastes the same, but no pop, no fizzle. It’s been done and done before.

Ree: With SNSD’s version of Run Devil Run, I don’t really think they’d have to give credit to Ke$ha because it was never really Ke$ha’s song. She recorded a demo first, but it wasn’t on any of her albums, wasn’t on an EP, it wasn’t anything to her. Ke$ha didn’t even write or produce the song, all she did was record a demo version of it, which SNSD took and released. The only thing I don’t like about this is it shows the lack of material and creativity flowing around SM’s mind themselves, but that aside, SNSD was all cool with Run Devil Run.

Jean: No one really knew that SNSD’s Run Devil Run was originally a Ke$ha song, but then again marketing it as such probably wouldn’t work in Korea anyway. While I like SNSD’s version better, it’s likely because that’s the one I heard and got accustomed to first. I didn’t realize the sort of swag and raw attitude it was supposed to come with, and in that aspect SNSD did not pull it off. Still, they brought their own charm to it, and I like it all the same.

Johnelle: I don’t think it’s a problem at all. There have been several really good remakes in the music world, sometimes even better than the original — love Dolly Parton, but hands down, Whitney Houston‘s “I Will Always Love You” was the superior version of the song. As long as it’s a good remake and not a plagiarized knock off I’d welcome listening to one of my favorite artists doing a remake here and there — but there should always be original music, too. 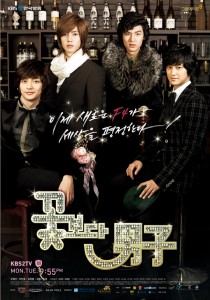 Megan: As far as remake dramas go: I can’t say that it bothers me. Hollywood recycles in much the same way. And sometimes, if you put your own spin on things, they can turn out even better than the original. “True Grit” was the film that was the talk of town around Oscar season, and technically speaking, it was a remake. Of course, there’s going to be loads of terrible rehashes. But there’s just as many “original” ideas that fall flat, so it’s not necessarily an exclusive phenomenon.

Fannie: Personally, I don’t mind remakes as long as the original source is also credited. It irks me to think that some fans of Boys Over Flowers might actually believe that it is an original Korean series (and then get all proud over it), when actually it is a Korean adaptation of a Japanese adaptation (Hana Yori Dango) of a Taiwanese adaptation (Meteor Garden) of a Japanese manga. This applies to other between-culture adaptations as well. For example, I get annoyed that people don’t realize that The Departed is actually an American adaptation of a highly acclaimed Hong Kong movie (Internal Affairs). I just feel that the original source (which is better than the adaptation, 90% of the time) often doesn’t get the respect that it deserves.

Nabeela: I feel you on the Boys Over Flowers thing. Hana Yori Dango was a super popular manga that never got much credit when the Korean version was thrown out there. It really pissed me off how Boys Over Flowers deviated from the actual storyline. At some point, it even became super obvious where the manga couldn’t even be applied to the actual show (a little more than halfway through the series) — I think that’s when Boys Over Flowers started to look like every other cliche K-drama ever made. In some ways, I think the reproduction just disrespected Hana Yori Dango on too many artistic levels. 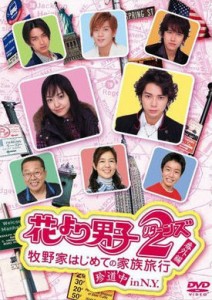 Johnelle: I have no problems with remakes at all, but do admit in most cases they fall short of the original. In fact, I almost always watch the manga to drama remakes. I’ve watched four Hana Yori Dango dramas (Japanese, Taiwanese, Korean, and Chinese) and judge me all you want, but I liked the Korean version the best. The biggest problem with drama remakes are the parts of the story that aren’t easily translated into the other culture and it’s those parts that usually make or break the drama adaptation depending on how good the scriptwriter is. As for what Hallyu brings to the table for these remakes? Definitely the pretty, although I do always like seeing how they adapt the story lines to fit into the Korean culture.

Ree: Speaking of remakes though, what happened to that SM remake of Hana Kimi that doesn’t seem like it’s going to happen? Honestly, I absolutely love the original Japanese version of it, and although I don’t think SM can outdo the original version, I was interested in seeing who’d be casted. In this case though, I don’t think it’s the idea of a Korean remake, but a SM remake that really interests me. But to be honest, one of the things that made the Japanese series so hilarious was the over-exaggeration and the absurdity of some of the situations. Something which most Korean dramas just don’t do as well as the Japanese counterparts. But then again, I guess SM could be a different case *ahem*AttackOfThePinUpBoys*ahem*

Subi: I don’t think Korean remakes have to acknowledge the source. I mean, in essence, what does that even mean? Let’s take a film like The Departed. There are those of us who know that it was based off of an Hong Kong film, but it’s not like the movie went out publicizing itself as a remake of the Hong Kong film. It was knowledge that made it into some circulations of the film.

What does everyone think of the upcoming Absolute Boyfriend remake with Big Bang‘s TOP?

Chloe W: I honestly can’t wait for Absolute Boyfriend with TOP. I hated Zettai Kareshi because it was rather boring. However maybe Korea can add a bit a flavor. Plus, TOP’s acting isn’t too horrible; I know he made me want to be an assassin in IRIS. Either way, I’m very curious, because Korea can either do it better or make it worse. It’ll be a hit or miss but I will certainly be watching. 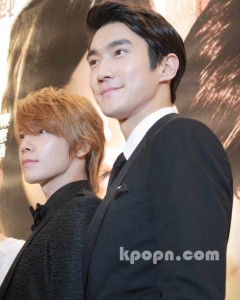 Ree: I… am actually really looking forward to that against my better judgement. I’ve been waiting for it since last year, and they’ve post poned it for so long. I’m mentally prepared for whatever second-hand embarassment I might feel. Plus, Ivy Chen is adorable and I like her 100 times more than Ariel Lin. But, won’t lie, head-desked when I realised they were speaking Korean in the trailer.

Fannie: Oh, don’t get me wrong. Even though it makes me nervous, I’m excited about it too. And I’m sure it’ll be the hit because Taiwan sure does love its Super Junior.

Ree: I was won over when I saw Donghae pretend play the guitar. I mean…I hope it does okay in terms of actual drama quality. I don’t have too much doubt it’ll be a hit when it comes to viewer ratings. I’m dreading the dubbing though :/ You’d think they’d be able to read Chinese off of a script after studying the language so thoroughly.

Subi: I have to give Hallyu its credit though: There are a lot of good, great, even PHENOMENAL dramas that come out of Korea. But more often than not, they are Hallyu originals. “Adding emotions” or “adding drama”–there is something much more organic about the process. Korean dramas can be good and while Korean remakes are amongst the most popular, I wouldn’t say they are at the crux of good Korean dramas. 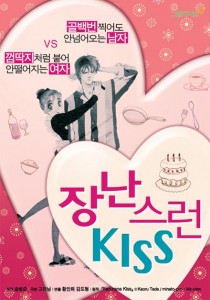 Young-ji: But the Korean remakes make me interested in the originals that I sometimes venture out of the comfort of Korean dramas and actually watch the originals. Totally loved the Japanese version of Boys Over Flowers and I think in a way, these remakes not only make conversations but shed light on how different and similar the cultures of various countries are. I know that there are universal plots that work with everybody and in general Korean dramas tend to emphasize tragedies while Japanese dramas focus on somewhat cartoony and straight-out comical yet impossible situations, I think the remakes do a good job of making the content relevant to the country while sticking to the plot as much as possible.

I also think there are huge financial gains of producing remakes. As part of my masters thesis, I researched the likelihood of success of remaking popular cultural products into different mediums — for example, creating my sassy girl as a video game vs. a no name movie into a video game. The results were a no brainer and I’m actually surprised that I was able to defend my thesis, but the key learning from my study was the projected value of the enterprise if one were to extend the product into a game, movie, etc. But back to my original point, its beneficial in terms of both business and cultural.

Ree: But going off what you said Young-ji, I agree. Not about understanding and not scouring the net for subtitles (story of my life), but about remakes being a big financial gain. But at the same time it does give leeway to a whole lot of criticism. There’s going to be more expectations for the film and they have a certain standard to live up to. With original stories, there’s nothing to directly compare it with, but with remakes there is going to be inevitable comparisons between the two features. Plus there’s always the mentality of ‘original is best’ and ‘it’s not the same.’