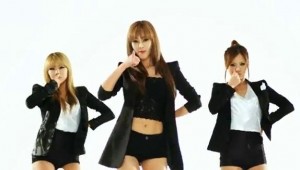 On November 25th, 2011, the MGM Grand Garden Arena in Las Vegas and Billboard Korea will host a concert featuring the likes Dong Bang Shin Ki, B2ST, 4minute, G.Na, and Sistar. While this line-up is bound to change and expand to include more of the greatest names in K-pop, the KPOP Masters Concert is asking fans to put their money where their mouth is—literally and figuratively. Literally, the concert is being held in one of the biggest venues in one of the biggest cities in one the biggest countries in the world.

Figuratively, the concert is asking us for a million likes on their official Facebook page as a testament to growing interest in the Hallyu Wave. But the KPOP Masters Concert is not alone. It is yet another event in a long list of events centered around the Hallyu Wave across the world. SM Global Auditions in Kazakhstan, JYJ in Spain, KBS’ free KPOP concert in NJ —the list goes on and on and in truly unprecedented fashion.

Hallyu is genuinely turning into a global phenomenon. Fans are demanding their favorite songs, their favorite idols, and their favorite performances from every corner of the globe. And when fans call, what are these agencies supposed to do? Resist? Instead, they’re testing out the waters. Are these the efforts of a strong or few? Or is it the demand of a legitimate market? By holding these events and concerts, agencies can get a good idea of what they are dealing with and identify the market potential.

And while money does have an undeniable role in this, there are other potential benefits of testing the foreign territory.   By going abroad, the Korean entertainment can grow.  They will get exposed to how different people from different backgrounds react to different musical concepts, music, lyrics, etc.  And by learning, these stars can create music that takes what they have already perfected and continue to complicate it with bits and pieces that are unfamiliar and yet, at the same time, very interesting. Imagine in KPOP infused with some Latin influences, mashed with some Reggae, put together with Bhangra. It is crazy stuff but while I see KPOP growing outside of it’s borders, I see it growing within itself for the same reasons. 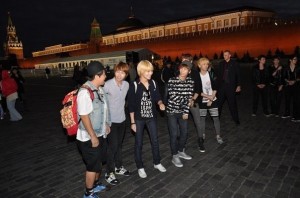 While the Hallyu Wave has traditionally targeted China, Japan, and the United States, this year has been much different. From SHINee in Russia to MBLAQ in Brazil, the Hallyu Wave has been getting a lot of love from various places around the world. And in order to accommodate this growing, global “love” for the Hallyu Wave, companies are shipping out their products into the rest of the world to see exactly how much “love” there actually is. So don’t worry Mexico; at this rate, you might very well get your SM Town.