First of all, happy almost-birthday. This is your present.

Look, I know that you have legions of fans who write heartfelt open letters like this to you on a daily basis, and I know I’m not going to say anything that you haven’t heard before. Furthermore, I’m not good at showering people with praise and I’m definitely not good at sounding nice. But I don’t do this kind of thing very often. So if you’re reading this…just hear me out, okay?

Last year, this song was released:

This song, which you wrote with Leeteuk, was featured on the Bonamana repackage. But your voice isn’t on the track. Super Junior performed this song at Super Show 3, but you weren’t there to sing it with them.

A few days ago, Leeteuk and Eunhyuk played a short clip from the demo for “Andante” on Kiss The Radio. It featured the original English lyrics – lyrics that you presumably penned. It also featured you on vocals and guitar.

This song was also a collaborative composing effort between you and Leeteuk – and although this recording is a little grainy and the lyrics a little corny, it serves as proof that you helped write this song. Like “All My Heart,” “Andante” later appeared on one of Super Junior’s albums – but once again, your voice was missing.

A few months ago, when Super Junior made their first comeback performance, you tweeted the following message: 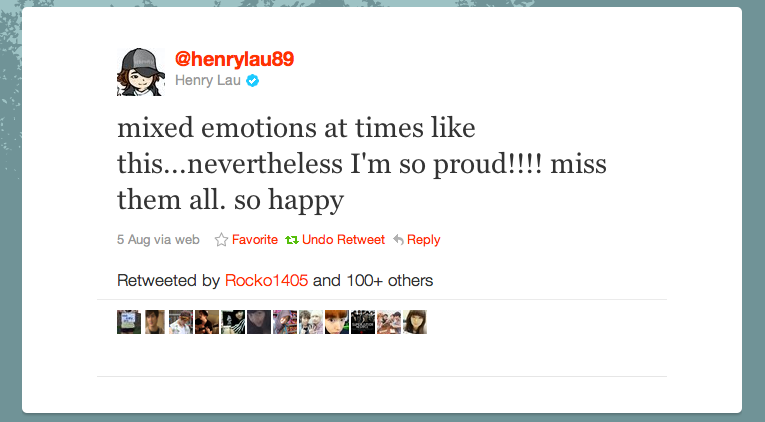 Henry, you really do break my heart sometimes.

There are times when I think you have the best deal out of all the K-pop stars currently in the industry. Once every so often, you spend a few months doing promotions as a Super Junior-M member. But at other times, you’re free to expand on your own interests and polish your skills as a musician. The fact that you have time to grow outside of K-pop idoldom almost guarantees you a more flexible future as a musician, not just an idol – and considering the dead-end nature of K-pop idoldom today, I’d say that a lot of K-pop stars would kill for your opportunities – not to mention your innate musical talent to capitalize on said opportunities.

There’s always a catch, though. 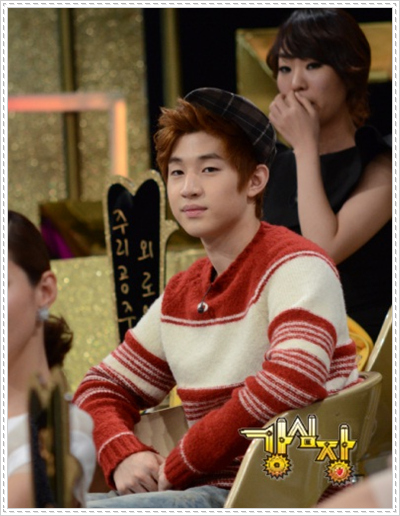 You know it better than any of us ever will: the pain of debuting to a crowd who wanted you off the stage before you could even begin to show them what you were capable of. The principle of it was completely illogical – as K-pop fandom often tends to be – but it still must’ve hurt, right? Especially when your entire career revolves around the goal of pleasing the fans – fans who refused to be pleased until you ceased to exist from their frame of vision. And as logic is oftentimes useless in the face of the stubborn illogical, there was nothing you could do but suck it up, smile, and pray that it would eventually pass.

That time has come and gone, and most of us now only scoff at the phrase “Only13” and the naysayers who continue to insist that you don’t belong. People love you, Henry. They reply your tweets by the thousands, they make neon cardboard signs for you and follow you wherever you go. They write letters to SM petitioning for your appearance on Super Junior albums, on variety shows, in concerts, everywhere. People care about you. People want more of you.

The “Only13” movement might have since passed…but it’s not over yet, is it? 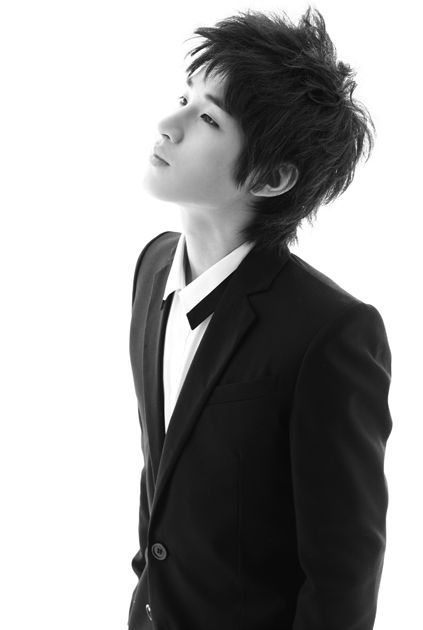 At the beginning, your initial purpose as a Super Junior-M member was to even out the ethnic balance of the group and serve as an auxiliary translator along the likes of Hangeng and Zhoumi. Granted, you’ve become so much more than that, and in the hearts of Super Junior fans, you are a part of the team. But in terms of technicalities, Super Junior is still 13 plus two. Being a “plus two” leaves you with the time and energy to pursue your own passions on your own time. But it must still suck to see the rest of Super Junior performing on stage, promoting songs, winning awards, and contributing to the ‘real’ Super Junior fame…while all you can do is watch.

The fans reassure you that you’re a full-blown Super Junior member; that Super Junior is 15 people, no more no less; and that you are just as important and are worth just as much as any of the others. But that doesn’t change the fact that there’s a division, and there will always be a division. In terms of technicalities, you’re stuck as a “plus two” for as long as you’re a part of Super Junior, even though you’ve proved time and time again that you’re deserving of so much more.

So yeah, it kind of broke my heart when I saw your tweet on the eve of Super Junior’s comeback, because it offered us a rare look beyond your grinning, cheerful exterior. It showed a person who has long acknowledged the reality of the situation at hand, who has accepted it and learned to move on, but who is still sometimes reminded of the hurt and the pain of not being included simply because of ‘technicalities.’ And I understand your ‘mixed feelings,’ Henry, because I share them, too. 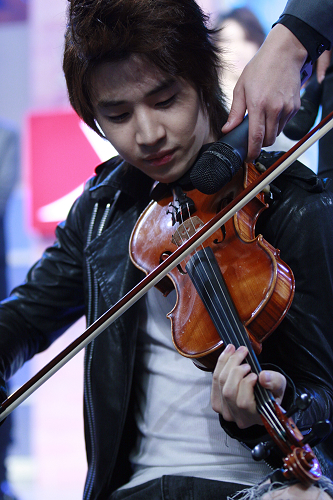 You are Henry Lau, and you have so much more to offer the world apart from your career as a pop idol. You’ve inspired so many people already – through your skills as an artist, of course, but also through your resilience and strength through times of hardship. And I know I constantly joke around Seoulbeats about how I have a giant crush on you – and I still do; rest assured. But more than that, you’ve inspired me – not only as a fellow artist and musician, but as a person. Above all things, you’ve taught me the importance of a smile.

So happy 22nd birthday, Cheeks McGee. You still don’t look a day over 16, but that’s nothing new. Every birthday marks another chapter in one’s life, and I pray that you will fill this chapter with fruitful, noble, and exciting things. You have talent, and you have determination. And you have a future – and that future is all your own. Remember that.