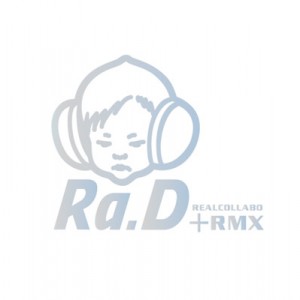 Bringing  you an artist that fills the R&B gap in Kpop, I present indie artist Ra.D. He is a singer-songwriter and a producer, who also participates and creates a lot of collaborations.  This extremely underrated artist adds quality that is missing from K-pop.  Ever since I heard his soulful voice in a Standing Egg song, “Have You Ever Fallen In Love,” I have been in love with his voice.  His unique mixture of soul, hip hop, and R&B always creates meaningful music that tells a story. I like to think of his music as novel with a soundtrack.

There is an old school R&B quality to his music, which unlike that of mainstream idols like Big Bang.  As much as I like Big Bang, they lost their R&B sound after the success of their first album.  The great thing about indie artists like Ra.D is that they have the freedom to produce untainted sound, without having to worry about fulfilling a business need. Indie music is about the art.

Another reason why I heart Ra.D’s music is that his tracks are artful and heartwarming, almost as if it was a soundtrack to life. His music whispers about the love gained, the love lost, and most importantly, family and friends — topics that we can all connect to.

In terms of my favorite tracks, it’s Couple Song, the cutest duet song ever made.  Check out Ra.D and his wife, Kelly perform on Sketchbook.

Another song that will make the girls hearts swoon is I’m In Love.  This song also gained Ra.D some recognition from the mainstream Kpop world when Narsha of B.E.G. remade this song.

If you need more recommendations, check out Happy Birthday and Goodbye.  Don’t forget to check out his albums, My Name is Ra.D, Realcollabo, and Realcollabo +RMX.

Will Ra. D be on your radar moving forward?  What do you think?  Like the sound?  How about the vibe?