I have a confession to make: I like fashion. A lot. I am the sort of person who scours the internet for the latest photos from the new Armani collection or what have you, and nitpicks at what overpaid celebrities wear and do to their hair. One thing that has always disappointed me about K-pop communities is that I don’t see the fashion really being dissected.

People on the fan forums might complain about their bias’s new haircut once in a while, or discuss the few truly heinous style offenses, but that’s about the extent of it. Sure, maybe the latest color that everyone is dying their hair isn’t breaking news, but if it’s an eyesore, it’s worth talking about. After all, isn’t that what being an idol is about? The spectacle of the thing? They have professional stylists at their disposal, and damn if the opportunity to criticize a professional from the comfort of your computer screen isn’t a tempting one. That being said, I’d like to touch on three fashion trends going around that irk me. 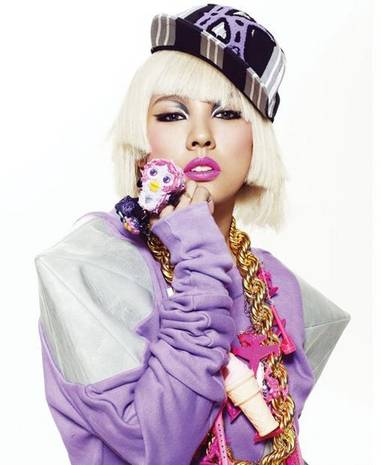 Let me begin with the disclaimer that Lady GaGa does not hold copyrights on all that is weird and over the top. I am in no way claiming that she is sole inspiration for every unorthodox look out there. But let’s get real here. She’s the one who made that look popular. And ever since the “Bad Romance” video exploded onto the scene, there’s been a veritable tidal wave of idols exploiting the funky look. SHINee’s Key claims to be an enormous Lady GaGa fan, and I’ve read from certain accounts that he does have a degree of input in the group’s styling. It shows. Anyone remember the video for “Lucifer”? There were “little monster” fingers all over the fashion, especially the fashion for their later stage performances. Another obvious offender was none other than Lee Hyori herself,  and her alien-styled video for “Chitty Chitty Bang Bang” that drew the admiration of K-pop stans, but a collective derisive snort from the denizens of the infamous Perez Hilton’s blog, when he featured said video in one of his own blog posts. Hilton was even so kind as to point out the resemblance himself, titling the post “If GaGa and Beyonce Had A Korean Baby, It Would Be…” 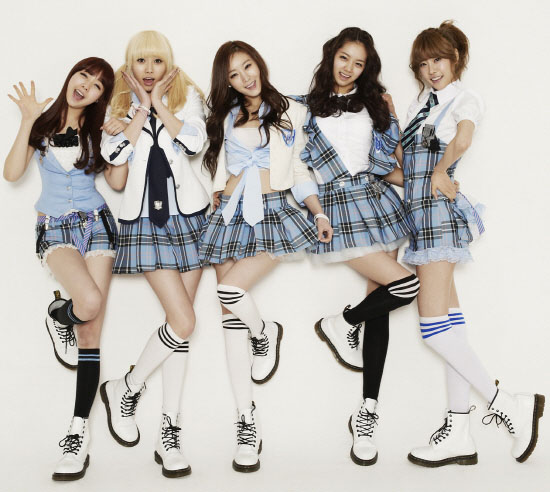 I understand that a lot of girl idols out there have fabulous legs, twice the length of my own and probably the width of my wrist, and they like to show them off. That’s fine. If I had legs like that, I’d show them off too. But sometimes short is just…too short. A good rule of thumb: if your safety bloomers are showing, your hem length should be another inch or so longer! Girl’s Day, Miss A, SNSD…the list of girl groups who have been under fire for wardrobe malfunctions can go on forever. This problem is compounded when the girls pair the gynecological skirts with nude stiletto pumps and huge, curly hairdos. They look like painfully boney, bedazzled lollipops. Also, if the dress in question happens to be a fluffy, frilly, virginal thing, and then you cut the hem so that parts should be stowed away are almost showing, it’s a little sick looking. Ajusshi bait, I believe, would be the proper term for it.

Offense #3: Suit jackets with no shirts underneath 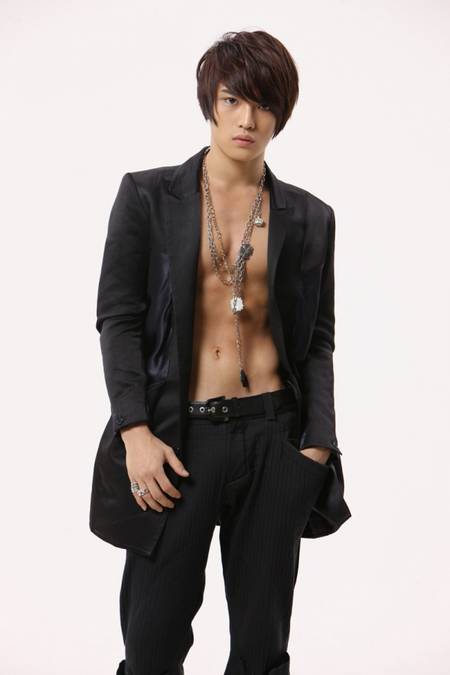 You didn’t think I’d let the men of K-pop get away scot free, did you? Oh no. I have a major nit to pick, and that is the tendency of some of the men to bronze their chests, throw on a cheap, ill-fitting blazer, pile on some tacky bling, and call it a day. I don’t care if you have the chest of Adonis, you look like a sleaze ball pick up artist that hangs around the Jersey Shore crew. This problem is made even worse when the man in question has little muscle definition to begin with. If you have the chest of, say, Rain, you might just slide by, by sheer virtue of the fact that everyone knows you look better with your shirt off anyway. If you’re on the pale, effeminate side? No. A prime offender in my opinion is none other than the much beloved Kim Jaejoong of JYJ. Certain Cassies squealed for joy whenever they saw him do that Mirotic-era look. I, however, cringed. The poor man might have had incredible biceps, but he was so skinny he was practically swimming around in his unbuttoned blazers during live performances. I was left to sigh, and wish he had put on a nice, black button down shirt underneath those suit jackets. It would have been much classier on the whole.

Do you have any of your own K-pop fashion pet peeves? What would you suggest to fix them?