As we approach the end of the month, waving adieu to Monsieur Soleil as the northern hemisphere begins to tilt away from the sun, we initiate Autumn or as I’d like to call it K-pop “comeback” season.  September came and went, bringing us comebacks from girl groups such as Kara and Brown Eyed Girls (both of which were warmly welcomed by their audience). 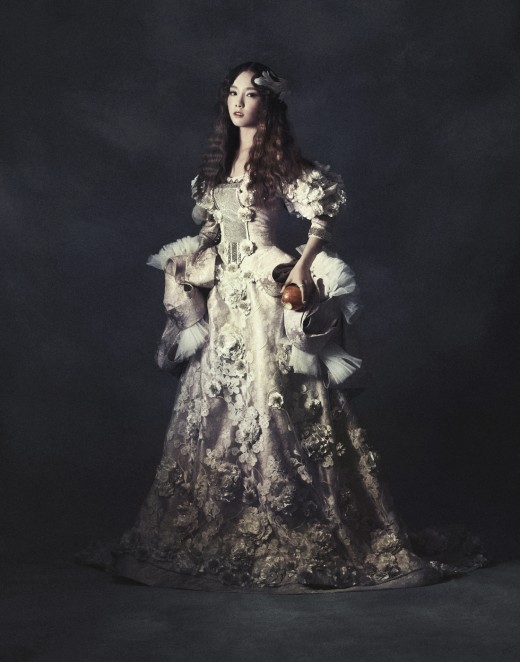 The coming months prognosticate the return of other girl groups such as T-ara, Wonder Girls as well as solo artists like G-Dragon and IU. Of all the release dates, one looms above the rest and, like an untouchable, is being completely avoided by the music industry. Twenty months after their first return, October 4th marks SNSD’s comeback. The release date for their third full album being quoted, by the music industry, as one when, “all attention is going to be paid to SNSD so going face to face with them will be pointless.”

Considered as Korea’s dominating girl group, their popularity in Asia has not beenoverlooked. As South Korea’s most sought after, they’ve been endorsers for Samsung, LG, and Nexon Bubble Fighter as well as spokes models for Goobne Chicken, Clean and Clear, Dior Snow and Intel, among other companies. They also hold the record for greatest amount of albums sold by a foreign artist in Japan (first Japanese album selling over 585,000 copies) and each of their albums have sold over 100,000 copies in Korea making them the first female girl group to do so in 6 years. Without a doubt, SNSD is representing Asia, at an international level. Their ad campaigns may run only in Asia but SM entertainment certainly sees their global potential. After winning Korean Music Awards for Song of the Year and Group Musician of the Year in 2010, their focus has been on international activities. 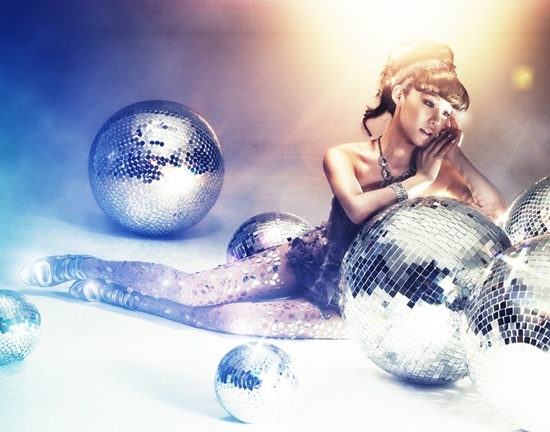 Their 1st Asia Tour: Into the World (2009-2010) played in stadiums and arenas in Seoul, Taipei and Shanghai with their concert in Thailand only being cancelled due to political unrest in the country. The live album of their performance at the Seoul Olympic Fencing Gymnasium (fittingly entitled Into the World) ranked as number one on the Gaon album chart for the first week of 2011. While their 1st Japan Arena Tour: Girls Generation Arena Tour (2011) toured 6 cities in Japan (additional cities added to the tour due to a 300,000-ticket demand). For their 2nd Asia Tour: Girls Generation (2011-2012), they’ve been scheduled to play in Seoul, Taipei as well as Singapore.  They are also participating in SMTown Live ’10 World Tour (2010-2011) which has already played in Seoul, LA, Tokyo, Shanghai, and Paris–last two shows playing in New York City and Bangkok. They are also to perform at the K-POP Festival, in Australia this November along with B2ST, Miss A, MBLAQ, Kara, and TVXQ.  If you’re not feeling completely overwhelmed and faint by the amount of concert tours and performances, that seem to overlap with one another, than maybe you should reread this paragraph.  For all others: Be so kind, to please continue. 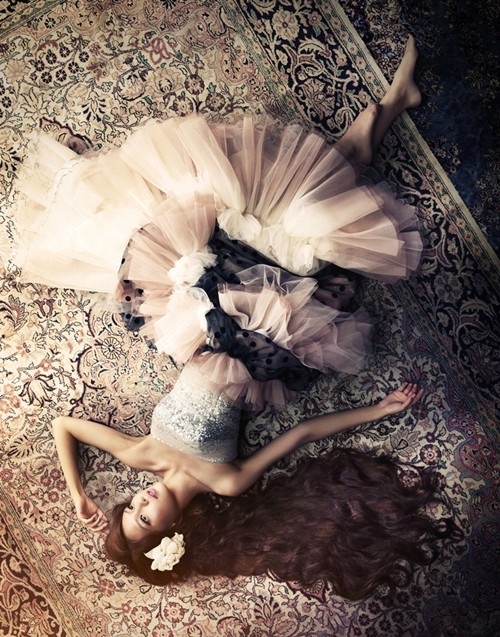 Now, it seems these girl are being worked to the point of exhaustion which, by the way, does happen (check out U-Kiss who just cancelled their concert it China). Yet, I can only see this as just another part of being the top girl group in Korea.  After dreaming of this for years, who would complain about selling out entire arenas in major cities around the world? Who would be discouraged when there are fans who have travelled from the US, Europe and Australia just to see you perform for a few hours? I’m sure it must be difficult but when AKB48 gives you props on your performance in their homeland, commenting on how your “performances… [are] so organized” and they are “shocked by [your] skilled choreography and colorful style”. As well as “really impressed” and that they’ve “already surrendered”, I’m sure it is well worth it and a sign that your hard work is paying off. Being acknowledged as well as commended by a fellow artist belonging to the second largest music industry in the world, I imagine one can only feel great accomplishment as well as drive to stretch one’s influence even farther across the world. 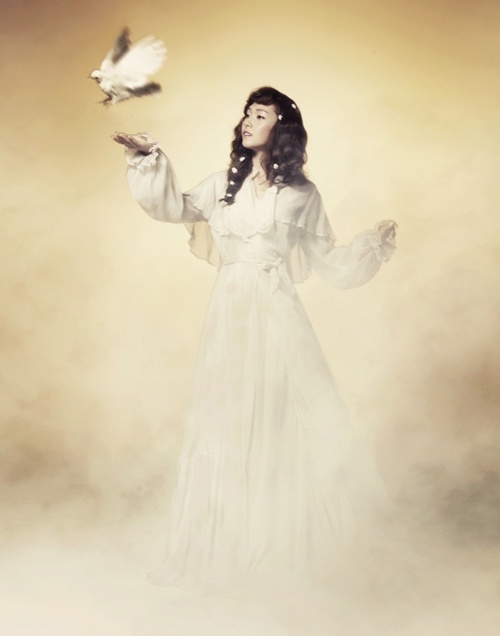 I’ve recently seen the teaser images for their third album’s title track The Boys and am filled with anticipation; obsessed with figuring out the concept for the MV.  Releasing the images one by one (almost resembling a countdown), I have to say, is an effective marketing strategy. Taeyeon’s image of her holding a recently bitten red apple hints at Snow White or may be even Eve. Sunny is clearly portraying Little Red Riding Hood but with a punk edge. Jessica seems very angelic and Sooyoung reminds me of a damsel in distress.  As for Tiffany and Hyoheon, I’m not very sure what aspect of “society’s stereotyping” of women they are portraying but they do look very feminine, delicate and graceful. Their title track is said to have a combination of sweet tunes from a 18th or 19th century European music box and light electronic beats. It’s been described as dreamy and catchy yet dark and sinister. Produced by Teddy Riley (former member of Black Street) who’s added Jay Park and Rania to his resume along with Michael Jackson, I’m looking forward to hearing the track but careful not let my expectations get the best of me. 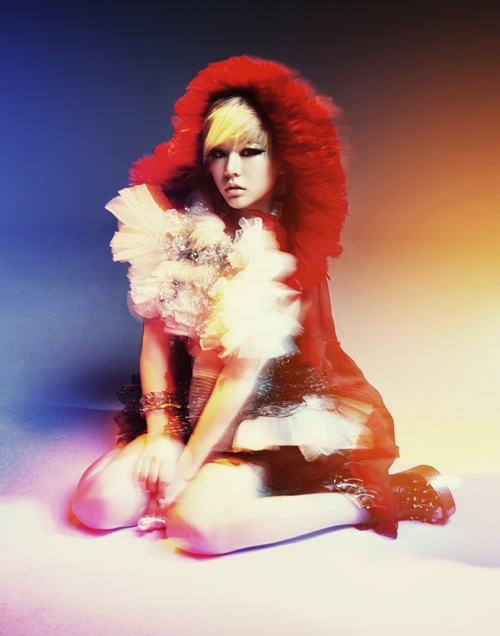 The album is said to be formatted with a worldwide concept and will be released in English and Korean. Although translations never seem to have the same impacted as the original version, I’m still hoping SNSD carries it better than 2NE1 whose Japanese/English version of I Am the Best and Lonely seem to have fallen short of the original. Their “aristocratic European lady” themed album is rumored to contain a fair amount of ballads with influences of piano and string instruments as well as experimental tracks with rock overtones pairing with their traditional catchy electronic dance beats.  The album will be released digitally on various music sites in Korea and Asia as well as iTunes for the US and Europe.

Still, I can’t perceive this as a comeback since it doesn’t really feel they’ve been gone. With live performances, concert tours, repackaged albums, releases of EPs, promotions, advertisements, and cameos in dramas they’ve pretty much kept themselves in the limelight. Doesn’t one have to leave, disappear in order to come back? For me, this is just an expansion of their already successful musical careers.  Wishing you luck, girls!