Not that this is a secret or anything, but: I’m really mean when it comes to K-pop. I’d like to believe that my meanness is merited meanness, but there have been times when backlash from butthurt fans has caused me to second-guess my opinions.

But then I just shrug it off and keep keepin’ on. Like a boss. 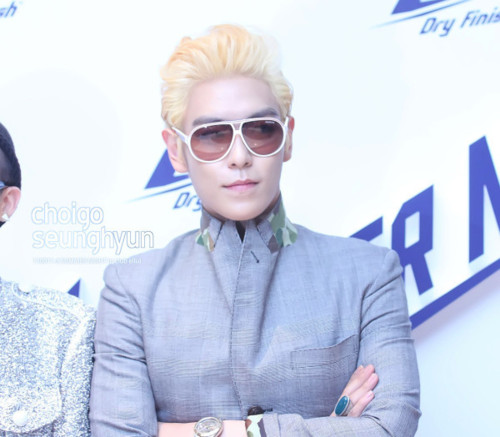 The word “butthurt” was in vogue in the K-popsphere back around 2009, and it was a word that was used to call out those unreasonably indignant and/or irritating fans who would habitually throw huge fits at the slightest mention of criticism towards their favorite K-pop idols. This Seoulbeats Throwback video further expounds on this important matter:

Considering the fact that most K-pop fans have come to know the meaning of the word “butthurt,” you would think that people would recognize their own butthurtism and learn to rectify it. But looking at the current state of K-pop affairs today, this clearly isn’t the case. Butthurtism is prevalent in all aspects of life, but it’s especially prevalent in K-pop fandom…and it’s probably here to stay. But why?

1) We, as human beings, don’t like it when other people disagree with us.

2) We care about our favorite idols…and we care a little too deeply.

The first is an inherent characteristic (and/or flaw) of human nature as a whole, so I’ll leave that discussion to the social psychology experts. The second, however, alludes to the relationship between idols and fans as a whole – which, to me, can be easily summarized with the photo below: 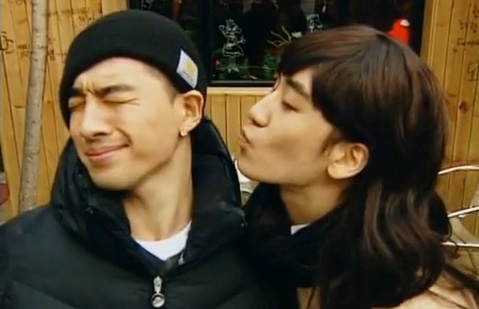 Which is which? Hint: Hair length is to scale.

It’s not to say that idols don’t love their fans as much as the fans love their idols, but there’s something to be said about this phenomenon where the fans feel entitled to be the girlfriends/sugar mamas/bodyguards of their favorite idols – and unless they’re in question are suffering from some sort of social dependency disorder, the idols don’t really reciprocate in kind. Nonetheless, fans generally maintain a very emotional relationship with their idols: When their favorite idols cry, the fans cry with them. When they win an award, the fans are beaming through their computer screens. When they are faced with any sort of injustice, the fans become enraged on their behalf.

I think the reason behind the irrationality of butthurtism is that whenever a fan reads criticism of a K-pop idol’s work, they’re also taking the idols’ feelings into heavy consideration. Here’s an illustration (and brace yourselves):

1) SHINee‘s Minho is completely useless as an entertainer and whoever let him into SM should be fired immediately.

2) Yoochun can’t really sing. He can’t really dance either. He was probably originally placed in DBSK solely for his dandy-boy looks and ‘sensitive side.’

3) Heechul needs to stay out of the celebrity scene for a few years and let his ego deflate by a few thousand cubic feet.

4) G-Dragon‘s compositions are uninspired and boring.

The above statements may be harsh, but for the most part, they’re true. But if I said any of these things outside of the Seoulbeats safety zone, there would be legions of fans ready to cut me to pieces. And it’s not necessarily because I’m wrong in saying that Mr. Simple was an unimpressive album. It’s because the fans are acting with a mentality that says, “Oppa worked soooooooo hard on that album and his feelings would be soooooo hurt if he ever read this! How dare she hurt oppa’s feelings with her biased and wrong opinions! I need to stand up for my oppas because this hater has got it completely wrong and needs to be put in her place!” Insert thousand-word comment response here.

This entire way of thinking is based around a fan-idol relationship where the fan believes she has a strong emotional tie with the idol – to the point where hurtful words or criticisms directed at the idol also affect her to an irrationally strong degree. It’s the kind of secondhand indignation and anger that’s usually present in friendships, familial relationships, and romantic relationships – which really speaks volumes about the fandom mindset and the actions stemming from it. 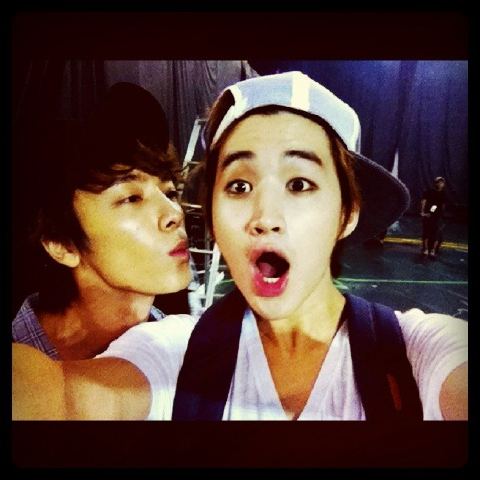 Babe, you got a little somethin’ on your face.

And I get it. Whenever I say something particularly mean about an English-speaking K-pop idol, there’s always this fear sitting in the back of my head that the idol in question will stumble upon my article and hate me forever – or, at the least, dissolve any and all chances of us ever becoming biffles. The thought of having compared Super Junior-M’s Henry to the Jonas Brothers still haunts me to this very day – I get the feeling that if Henry ever reads that article and we subsequently run into each other in Boston one day, I would probably be apologizing until my face was blue: I’m sorry Henry I didn’t mean it I’m actually madly in love with you let’s get married right now okay?

Well, a girl can dream, right?

But besides the fact that we’ll probably never get to have a heart-to-heart with our favorite K-pop idols, I honestly doubt that Henry would be all that offended if someone compared him to the Jonas Brothers. Heck, I don’t think he’d be all that offended if someone said that his composition skills were still amateurish and his singing skills still had a lot to be desired. K-pop idols put themselves in the spotlight expecting to be criticized – that’s just one of the perks of being a celebrity. The entertainment industry is a place where artistic criticism runs rampant, and as entertainers, K-pop idols should be able to suck it up and deal with it – or, even better, learn from it.

Several K-pop idols have said on occasion that they appreciate their antifans because they actually give them the motivation to improve. If that’s the mindset that K-pop stars have towards their antifans, then by george, I’m all for the antifans as well. K-pop artists don’t grow as artists unless there’s a motivation to do better. Most of the time, that motivation doesn’t stem from blind praise, and it certainly doesn’t stem from the butthurtedness of delusional fans who strive to deflect any criticism that’s directed towards their favorite idol. At best, criticism serves to strengthen the artist and helps them to put things in perspective. And even if the artist doesn’t draw from the criticism – well, who is a butthurt fan to say that someone else’s opinions are flat-out wrong? 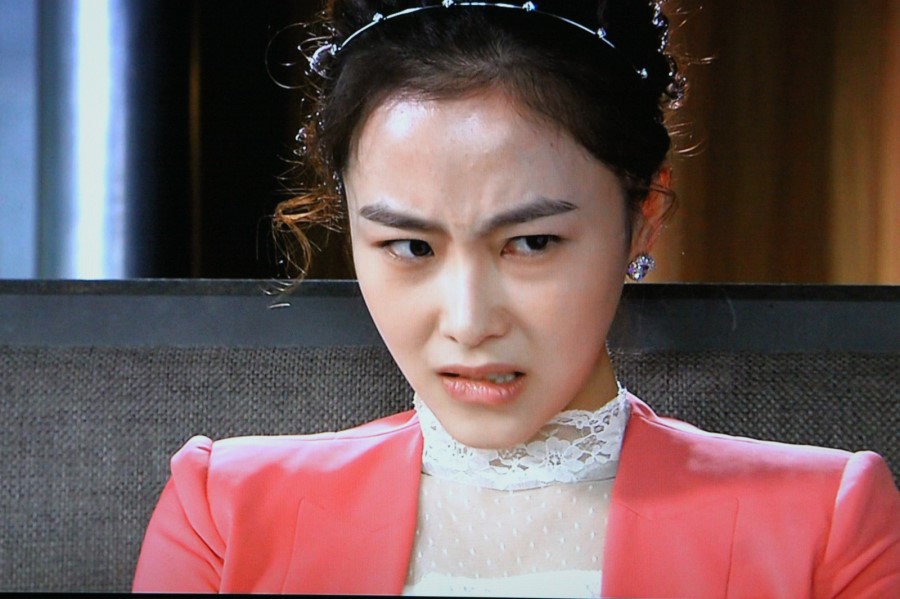 Butthurtism is an emotional response, which is why it’s so illogical. And considering the regard in which many fans view their favorite K-pop idols, butthurtism is an inevitable phenomenon. But you can kick the habit in four simple steps:

1) Remember that you, as a fan, are just a fan. You are not oppa’s girlfriend. You are not even oppa’s friend. You can like his music, you can be inspired by him, you can even have cute little a fangirl crush on him, but viewing a fan-idol relationship in anything apart from a fan-idol relationship can actually lead to some long-term emotional trauma for the fan. So cut your ties now; it’ll be better for you in the long run. For more information on this topic, refer to this article.

2) Remember that other people are allowed to have opinions apart from the spazzy, fangirly sort. Try reading them for once. They might actually have a point.

3) Remember that K-pop stars are practically engineered to deal with criticism and antifans. If they can brush off antifan attacks with a smile, they can probably handle a few valid criticisms of their artistic talent every now and then. But in any case, they don’t need their fans to defend them from something that might actually be beneficial to them in the long run.

4) Remember to keep things in perspective. You can easily do this by visiting Seoulbeats because hey – we keep it real.