Will N:Sonic be a sonic boom in Kpop? 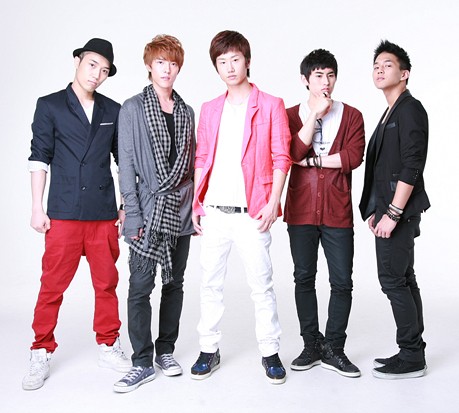 A new boy band named N:Sonic will debut this September, adding to the list of new groups scheduled to debut next month.  Just in case you were wondering what N:Sonic stands for, it is a combination of Neo (new) and Sonic.  And to add to their originality, their debut track is titled ” Super Boy“.  With five members, Jonguk, J.hart, Eunho, Choibyul and Black. J, N:Sonic is aspiring to become the next TVXQ or BEAST.  According to their agency,

They have strong foundations and they plan not only preform on Korean stages, but European, American, and other Asian stages. They plan to raise the profile and prestige of Kpop.

Now the question is will they make a big splash on the Kpop or just a trickle?  Will they have something that will set them apart or will the just be another boy band?  Although they want to be the second TVXQ or BEAST, it doesn’t sound like a realistic aspiration.  They may become the second BEAST, but certainly not TVXQ.

TVXQ is the most famous and arguably still the most popular boy band in  kpop with some serious talent. I don’t think a rookie group can achieve that without bringing something special to the table. I don’t even know why they want to become the second BEAST, given that there is nothing overwhelmingly special about them.

As for preforming around the world, unless they have something that will just blow us away, their best hope is probably China and Japan.  Although so many groups have tried to conquer the Western market, nobody have succeeded, unless you count Wonder Girls, but we all know being Disney famous isn’t the same as being A- List famous, but that is an article for another day.

These boys are supposed to be very talented young men despite, being sporting questionable promotion-wear.  Although it’s hard to make a judgement call about their talent without the teaser, it is refreshing to see an entertainment company pushing foundations and skills, rather than just looks and one of the fabricated k-pop concepts.  In fact, I really hope that they don’t embarrass themselves by being as corny as Boyfriend or with a weird concept like Block B.  What do you think?  Do they have the potential to become the next TVXQ or BEAST?  Are you guys looking forward to N:Sonic’s debut?