The last stop down 5 things memory lane is Kpop.  There was a whole lot going on in Kpop in 2011, so trying to choose my fave of 5 Things from the past year wasn’t an easy task.  Here’s some of the things that happened in Kpop this past year that I think were a little more special than the rest.

First up from week 3, the baddest females in Kpop make a comeback. 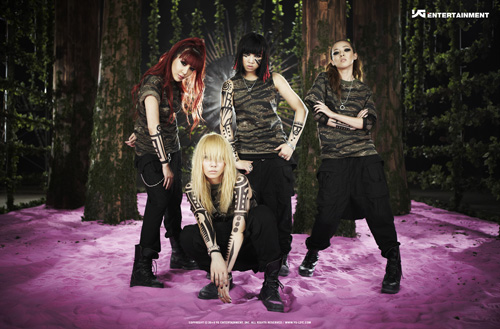 Week 10 marked the return of one of my fave ladies in Kpop. 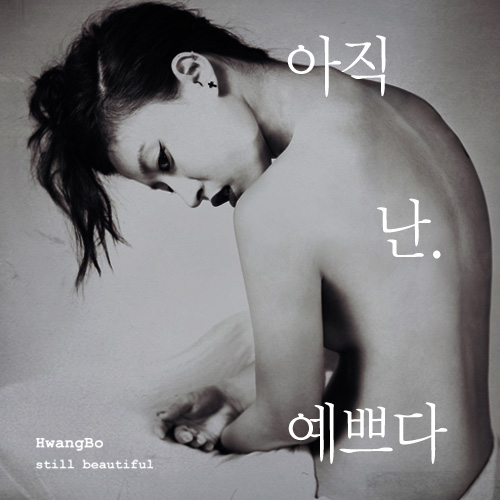 I’m such a Hwang Bo fan girl, but you know what she TOTALLY deserves it.  Her new song and MV “I’m Still Pretty” is exquisite.  Here’s the MV for your viewing pleasure with English subtitles courtesy of moleqestella and hwangbo-angel.

Week 14 brought a couple of great performances from the namjas of Kpop.

While not taking anything away from the winners, I too question the validity of the MAMAs.  Come on, just because you don’t go, you automatically don’t win?  Well, what I can be thankful for were some of the great performances at the awards show.  Here’s some by old pros that you might have missed.  Tiger JK opened the awards with some international friends.

And while technicaly not an ahjusshi, he does have white hair now… T.O.P. with GD and Taeyang.

I don’t get the hate some people were spewing GD because he collab’d with T.O.P. on the new songs and album.  I don’t think he’s being  fame whore, he’s just helping out his brother.  It’s YG Family peeps.

The last week of 2010 had me so busy I didn’t have time to finish a 5 Things, but there was one thing I just had to write about.

One Thing I Really LOVED in Kpop This Week 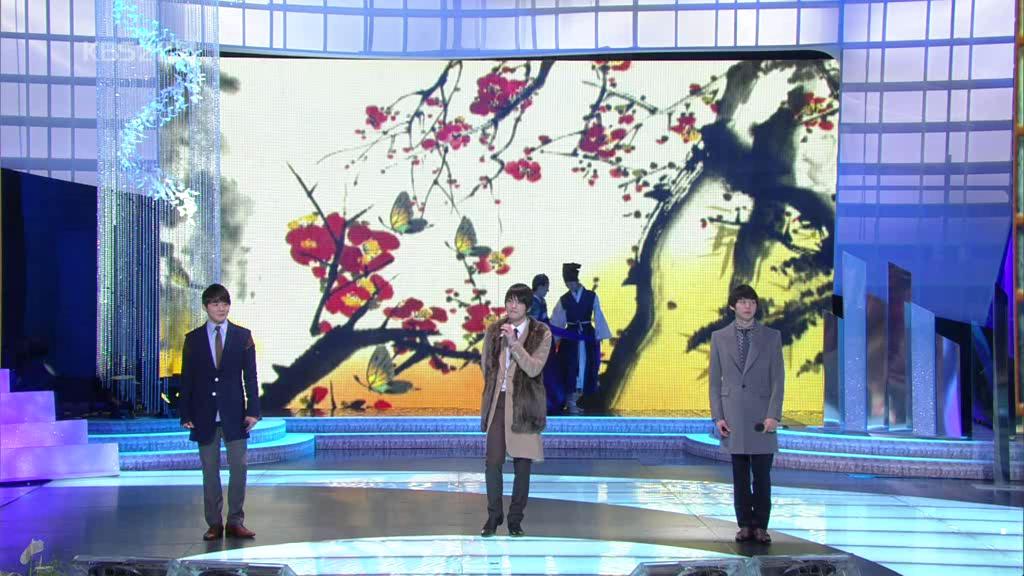 Week 18 in the new year brought the return of my favorite Kpop rookies.

From week 21, Kim Jae-wook’s band turns it up a notch. 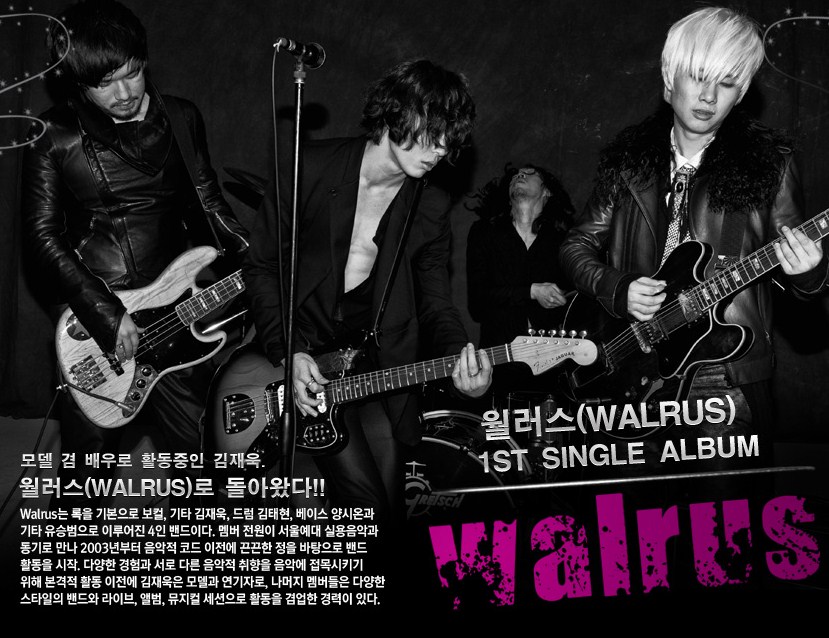 Who’s Walrus you say?  Well, if you’re a fan of Kim Jae-wook you’d know that that’s the name of his indie rock band and they just released their first single album last week on the 24th.  The band is made up of Jae-wook on lead vocals and guitar, Kim Tae-hyun on drums, Yoo Seung-bum on lead guitar, and Yang Shi-on on bass.  They have been together more or less for nine years (under different names also) after having met and become friends at Seoul Institute of Arts (did you know that Jae-wook graduated with a Music Degree?).  The album which they produced themselves has three songs on it:  “To Be,” “Mozaic,” and “Seoul Witch.”  Check out their MV for “To Be” it kind of reminds me of Nine Inch Nails.  Yes?  No? Oh well.

All three songs on the album are different, “Mozaic” is a little more mellow than “To Be,” but still has  a driving guitar and drum, while “Seoul Witch” is even mellower with hints of 60’s rock which might not be so unheard of since the band are fans of The Beatles (they take their name from their famous song “I am the Walrus”).

Week 25 brought a cosmic explosion in the Kpopiverse.

Big Bang is Back 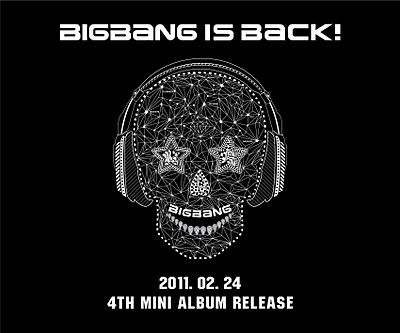 Is it just me or is Kpop just a little bit better recently? Big Bang roared back onto the Kpop scene with an AllKill having all six songs from their mini album occupy the six top spots of every Kpop chart and ranking in the top 10 on several countries’ iTunes charts.  To be honest, I’m still a bit perturbed that they only released a mini album and I am a little bit disappointed in the songs.  But, the songs are all definitely growing on me- especially after seeing Big Bang perform them on their special shows.  Here’s my hands-down fave off of the album, “Cafe.”

Aaah, you feel that?  That’s all things being good in the Kpopiverse…

There were some great performances on Sketchbook in week 30.

Eun Ji Won‘s special project group Clover made up of himself, a female rapper under his label GYM Entertainment Gilme, and Tyfoon made their live debut on Yoo Hee-yeol’s Sketchbook. Ji-won seems to really like the Latin hip hop genre, especially with the use of Latin brass.  Check out their performanve of Ji-won’s 2007 hit “Adios.”

Next, the group performed their debut song “La Vida Loca.”

You know, I haven’t been in K-pop for a long time so my knowledge of Eun-Ji-won was basically from his appearance on 1N2D, but I guess he’s a pretty bada**  rapper, too.

Also guests on the show were K-indie group 10cm made up of members Kwon Jeong-yeol (vocal, djembe) and Yoon Cheol-jong (guitar) two friends who have been jamming together since high school, through military duty, and college.  I’ve seen the name of the band around, but never really had the chance to listen to them so found their performances to be a pleasant surprise.  They have a great mellow rock sound like a Jason Mraz or Jack Johnson, check it out.

not sure who the dude on the melodica was, but he was jamming out, too.  But, The performance I LOVED was this little jam session (including Yoo Hee-yeol himself) to Seo Taiji & the Boys “Come Back Home” which even in my limited knowledge of Kpop history, I know was the song of a generation in 1990s South Korea which did lead to many of Korea’s young runaways to indeed “Come Back Home” (by the way loved the intro à la SNSD‘s “Gee”).

Week 33 brought the boys of Blue to Soundplex. 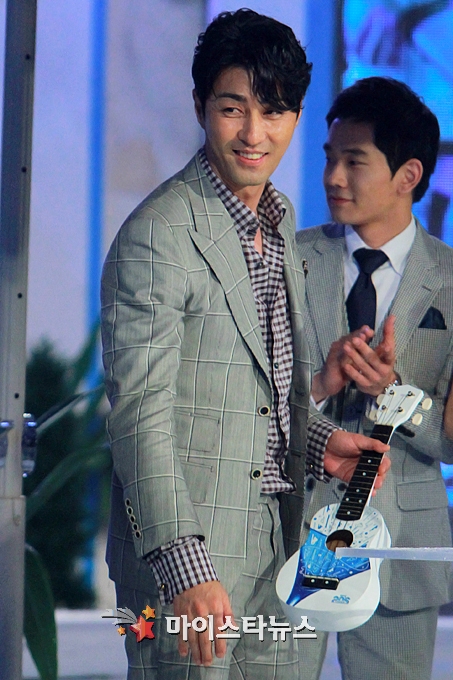 Everyone at the Mnet 20’s Choice Awards that stuck it out through the rain deserves an award, but no matter what the show must go on, right?  The Greatest Love showed it’s impact with Cha Seung-won and Gong Hyo-jin both winning two awards making them the big winners of the night along with f(x).  Loved the white ukulele awards although they kind of reminded me of the toy type they sell at the swap meet here.

There were some great performances at the awards show including the first live performance of M&D, Heechul and Jungmo‘s special project with the song “Close Your Mouth.”

My favorite performance Kim Hyun-joong‘s performance of “Break Down”- it had to be one of his BEST EVER, even though I don’t care for the song.

Please excuse me for my most superficial of 5 Things, but the boy is FINE.  It happens to the best of us.

This was actually a part of 5 Things I LOVED in Kpop This Year, but it was one of my fave performances of all time so I just HAD TO add it in too. 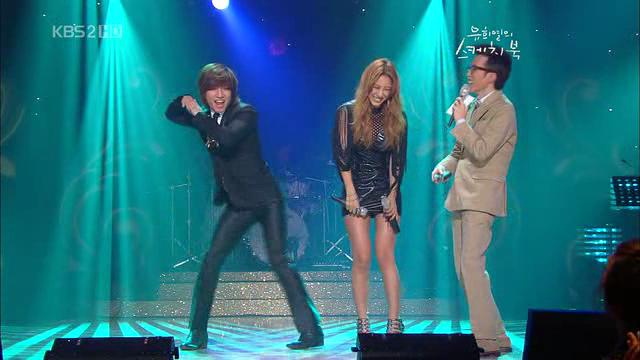 There were TONS of great collabs this year in Kpop, so much so that to name them here is just mind boggling.  Some may disagree with me on this one (especially because of the the whole plagiarism scandal), but this duet between Hyori and Daesung was pure love.  Of course I’m totally biased because Hyori and Daesung are two of my faves, but well, this is my list.  I’ll be forever thankful that they were able to perform this once together live on Yoo Hee-yeol’s Sketchbook.

Were some of these your favorite moments in Kpop this past year, too?

Thank you all for supporting 5 Things I LOVED in Kpop This Week for the past year.  Until the next 5 Things, mahalo.