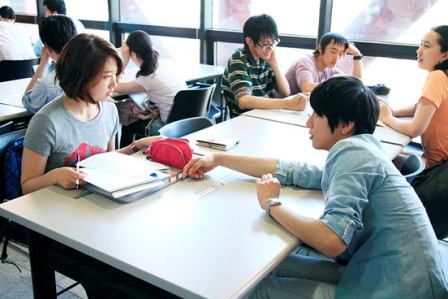 As an avid and devoted fan of Korean dramas, I adore the overused clichés, the tangled family ties, the love triangles, the untimely deaths, and every other element in the Kdrama playbook.  However, there is one element that I cannot tolerate, which is the concept of a noble sacrifice.  The main character ends up leaving his/her lover, thinking that it will benefit their loved ones, only to realize that it results in greater problems, misunderstandings and of course, drama.  Instead of becoming the hero in the situation, the character who dumped the loved one ends up becoming a fool.

I understand that the purpose of using such concepts in Korean dramas is to drag the story along and sometimes it can be executed well, which results my jumping for joy and clapping like a crazy fool.  However, more often than not, use of the noble sacrifice in Korean dramas just frustrates the viewer. 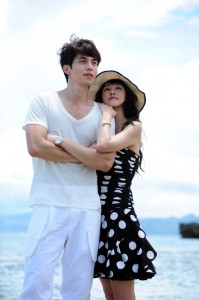 When this is done well, it adds just enough of tension and suspense to the storyline.   Usually this element is best used when the couple has not yet been tested fervently, when the relationship thus far has only been in the honeymoon phase with rainbows and butterflies.  At this point, the departure forces both sides of the pairing to make a choice between true love or whatever other external forces keeping them from each other. Most importantly, the selfless sacrifice that borders on idiocy cannot be dragged out to the point that it’s the only element which moves along the story.

An example of a well-done noble sacrifice is in Scent of a Woman. When Yeon-jae (Kim Sunah) rejected Ji-wook (Lee Dong Wook)  with the reasoning that she did not want to hear the abuse of his father while really hiding the fact that she only has 5 months to live (and maybe even less) I applauded the writer.   Although this particular scene did make me want to throw the nearest object at my computer screen, I didn’t  because it makes sense.  Up to this point, the cancer had been a background element – she has it but it hasn’t grossly impacted her life aside from pushing along her desire to find a lover – and the main conflict had been how to get our couple together.  But now once they’re enjoying romantic bliss, there has to be something that moves the plot into the second half, letting Ji-wook know of Yeon-jae’s condition and forcing both to make a choice about their relationship.  Most importantly, the conflict was QUICKLY resolved – by the end of the episode Ji-wook caught on and this sets up for what I hope will be an amazing next episode.

Oh my lord, how much I can rant about the atrocity that is the noble sacrifice is done wrong!  It doesn’t make sense; it’s used to create conflict in a story that doesn’t really need it; it drags the story on forever and thus taking away all the dramatic tension and suspense that could be; it’s a pointless misunderstanding that takes a sentence in the script to clear up; it’s boring, frustrating, and redundant.  And it’s especially unnecessary in the last few episodes of a drama because we as viewers know the conflict will soon be quickly resolved so our couple can be on their merry way to blissful happiness – where is the suspense in that? Even worse is when the misunderstanding is badly resolved or left unresolved leaving the viewers feeling cheated.  I especially hate when a guy leaves thinking that it’s for the better good of the girl, not allowing HER to make a decision about what’s really good for her.  It’s her life – why are you making the choices? I can name many dramas whose characters turned noble idiots left me cringing but for now I’ll just name two recent examples. 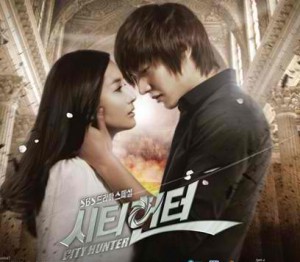 City Hunter was such a good drama but when Yoon-sung (Lee Min Ho) left Nana (Park Min Young) in order to protect her I wanted to scream.  He tells her he was just playing around, that she is merely a joke and too easy for a playboy like him.  And then he walked away, leaving behind a broken-hearted Nana.  Then he is left to brood about how his destiny and fate of being forever alone is preventing him from one true love.   Who do you think you are to decide what’s good for her? I understand the need to guard her from your father and all the other bad guys chasing after you, but why can’t you let her decide for herself? And all that noble idiocy was a ton of help I suppose since you didn’t drive her away at all.  Instead she came running to your rescue and got shot in the process.

How did that end up helping anyone? I understand that the writers used Yoon-sung’s idiocy to introduce conflict to the relationship but it was so unnecessary.  It did nothing to move their relationship forward and instead just stalled it for three full episodes. 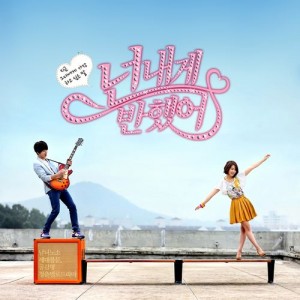 Heartstrings‘ ending (episode 15) left me unsatisfied and frustrated because the writers decided to make Shin (Jung Yong Hwa)  a noble idiot.  To add to the frustration, it seems the element was only introduced to create enough conflict to drag the storyline out to fill an episode.  One little wrist surgery leading to a year-long breakup with  tears, angst, major brooding, drinking, “I want to hate you but I can’t”,  and then finally something as anticlimactic as a hug, an “I miss you”, and a kiss?

Did it have to take half an episode to clear up a misunderstanding that could have been addressed in two minutes? And if you’re going to drag it out that long, at least have the reunion be passionate and fulfilling.  I expected so much more but instead walked away feeling empty.

I despise the overuse of the concept of noble sacrifice.  I cringe when it’s done wrong, yet when it’s executed perfectly, I can’t help but rejoice that such an element was first created (though this is a rarity). When done right it adds that extra bit of pressure that forces our oh-so-beloved couple into action, to choose between love and all the other nonsense which frankly doesn’t matter.  It’s these moments that make the drama, moments that can actually transfer into real life, into the noble sacrifices that real-life lovers make for each other. What is your least favorite Korean drama cliche?  Is it the use of noble sacrifice or do you dislike the typical love triangles?