Protect the Boss, episodes 1 to 4 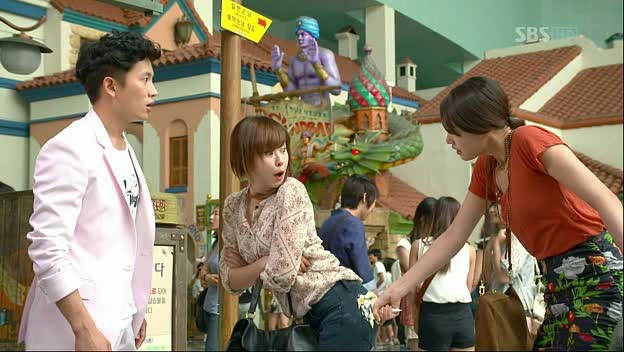 I thought this drama sounded really odd from the get-go because of the premise of the story, but I’m happy to say that I’ve totally been proven wrong. All the four leads have great chemistry with each other and the most important thing is: Yes, Jae-joong can act. He’s also quite funny.

A brief recap after the jump because a recap of our characters and this story seems necessary. This drama is like an onion, there are many, many layers to peel. 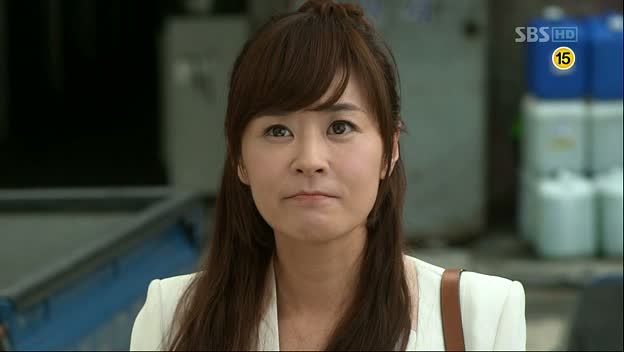 The premise of the drama is that Choi Kang-hee’s Noh Eun-seol needs a job. Badly. Her qualifications are not impressive and everybody knows it, including all her prospective employers, which is why nobody ever hires her. In high school, Eun-seol was the kid that beat up the bullies for picking on the weaker kids, mostly in lieu of studying. That gave her her shoddy grades and landed her in much of her job predicament (or lack thereof) in her adult life.

After spending a good majority of her adult being searching for a job, Eun-seol is fed up with being passed over for positions because of her less than stellar education and loses her cool about it…during an interview…in front of her potential employers. Not a hoot was given because she figures that she wasn’t going to get hired anyway, might as well make her thoughts heard loud and clear.

Except, lucky for her, Kim Jae-joong’s Cha Mu-won is one of the hiring employers and finds her little speech interesting and refreshingly frank. So he hires her, despite going against protocol. He figures she’s a good fit as secretary for someone as demanding as Cha Ji-heon.

Ji Sung’s Cha Ji-heon is the prickly cousin of Mu-won (their fathers are brothers). He is also the complete opposite of the successful and well-to-do Mu-won in every way that matters. Ji-heon is slightly OCD, slightly ADD, and also part whacko. (So clearly, I love him.) Ji-heon has a problem with crowded spaces and cannot give speeches in front of big groups of people, to the extent that both those activities are physically debilitating. 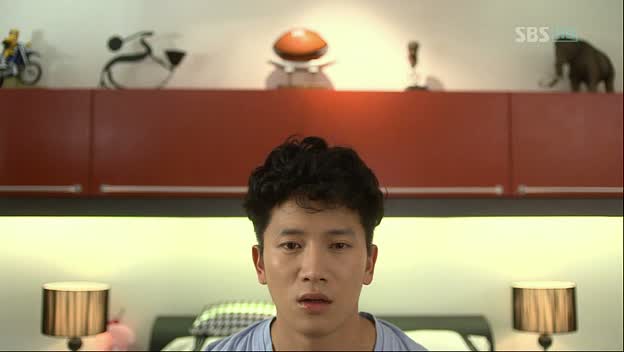 Ji-heon is the son of the head of DN Group, a large conglomerate that does..what large conglomerates do. Mergers, acquisitions, development, yada yada yada. Because he is the direct heir to such a large company, there are certain expectations of him, especially from his father, but none of which Ji-heon meets in the slightest.

Ji-heon likes to avoid all his work duties as much as possible mostly because of his fear of meeting other people, being with other people, touching other people, and giving lots of talks, but doesn’t make that apparent to his father, who just thinks that he’s a regular ol’ slacker. Ji-heon doesn’t share many of his weaknesses with anybody, so it’s really only his secretaries who know about his lifestyle particularities. His father is consistently disappointed and angry with Ji-heon’s apathy and procrastination, which he misconstrues to be a product of lack of ambition, but the truth is that Ji-heon’s father doesn’t know too much about his son. We don’t yet, at the moment, but we’re told that something extremely significant happened during one of his relationships that really scarred Ji-heon and possibly is the reason why he doesn’t like being around other people, doesn’t like commitment, and finds the work environment extremely stressful. 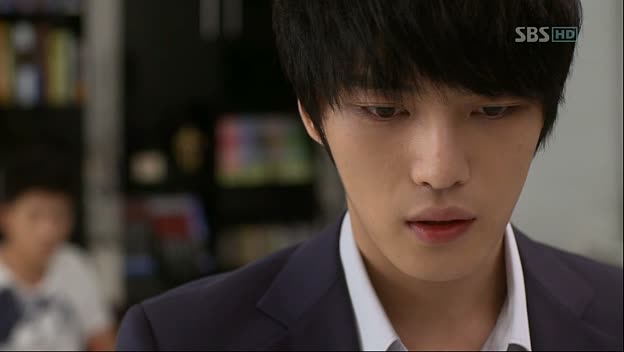 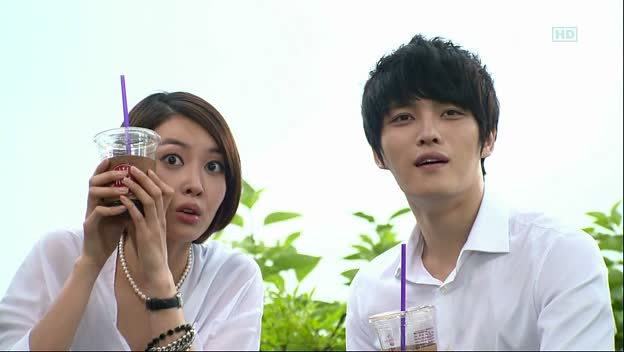 To round out our main cast is Wang Ji-hye’s Seo Na-yoon, an ex-girlfriend of Ji-heon’s. She’s very keen on getting back with Ji-heon for one reason or another, yet Ji-heon has mentally exhausted her from his system. Their relationship is interesting because we know how deeply she impacted him, but we’re not sure what exactly happened during their relationship that literally makes Ji-heon’s brain reject her. During their relationship, at one point Na-yoon had to leave Korea for something, and as Ji-heon was making his way to look for her, he receives a call about something that, presumably, changed his life in an awful way. There’s an interesting moment in episode 4 where Ji-heon says that at one point, Na-yoon was important to him, but now, she’s forgettable, in a way that sounds like Ji-heon associates her with something traumatizing, and has learned to forget about her through shock. Curiouser and curiouser.

There’s not much that actually happens in the four episodes, but we’re given a taste that the heart of the conflict will lie in the competition between Ji-heon and Mu-won to become the rightful heir of DN Group. Ji-heon is the heir by logic, since his father is the man in charge, but Mu-won is the heir by merit, which is something his mother argues for insistently because Ji-heon is not really leader material given his slacker tendencies. How nasty this rivalry will become, we shall see. 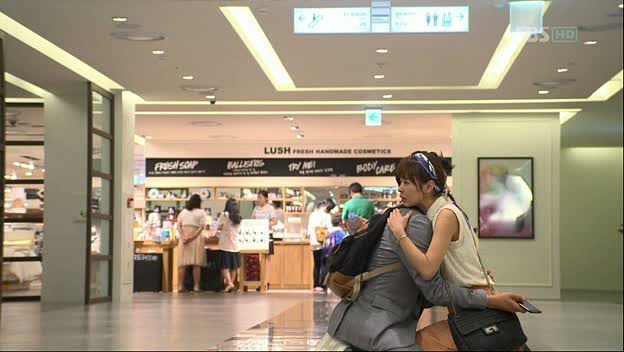 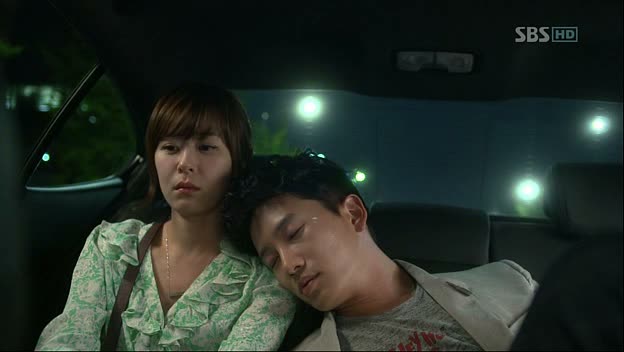 And how does Noh Eun-seol fit into this whole scheme of things? She’s Ji-heon’s secretary who has to manage Ji-heon’s life, basically. Her duties range from little things like kicking his ass out of bed to get to work on top to catastrophically huge things like Ji-heon getting lost in a crowd and passing out due to his enochlophobia. Ji-heon seems to be incredibly incapable of taking care of himself without the help of someone else, and a secretary in this case is not just a throwaway position created for our leads to be in constant contact, he actually doesn’t seem to be full-functioning without one. 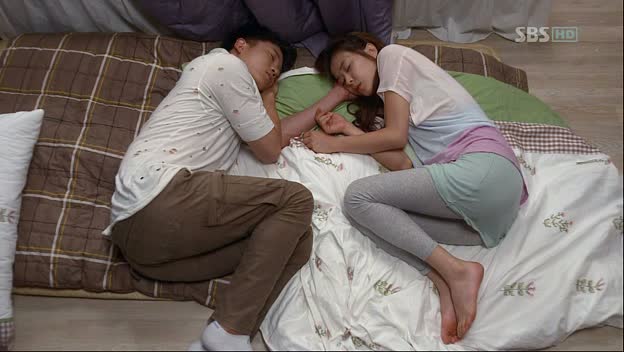 I’m loving the characters so far. I know we already had a phobic chaebol with Secret Garden‘s Kim Joo-won, who is claustrophobic, so adding these medical nuances to a character is not new. But while SG mostly played up the claustrophobia to link Joo-won to Gil Ra-im, I find Ji-heon’s fears much more interesting because they are more present, and disrupts his daily life to a much larger extent. The writers have to go through more lengths to explain its origins, and then write Noh Eun-seol’s character in a way that helps support and/or complement his lifestyle.

I think Ji Sung is doing a great job with Ji-heon. There are moments where Ji-heon is super childish and indefensibly irritating, but there are almost moments where he possesses extreme clarity about his own perceived shortcomings, which makes me think that his childish behavior is a side effect of his phobias and trauma. How he’s going to grapple with all of that with the help of Noh Eun-seol will make this drama worth watching to the very end.

I also love how three-dimensional of a character Ji-heon’s father is. I don’t think I’ve ever seen such a complex chaebol daddy. They’re usually so rigid, unforgiving, and prone to misunderstanding without really trying to understand at all. He also has the most hilarious relationship with his mom (Ji-heon’s grandmother) so I’m loving Ji-heon’s entire family. 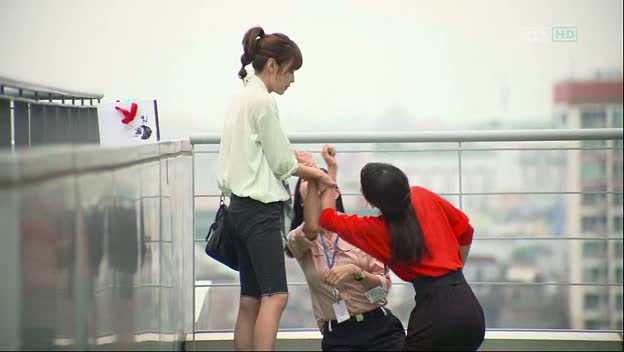 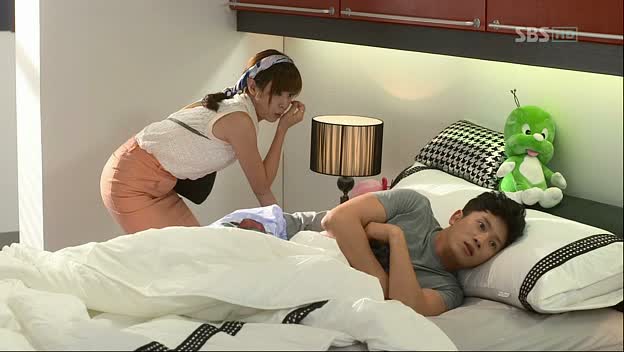 Now, I need to bold this for affect: Choi Kang-hee’s Noh Eun-seol is killer. She is so awesome in every single way that matters. She doesn’t take crap from anybody, will say something when she sees something indefensible, and knows how to keep herself going. Basically, she’s a survivor in the very way that Ji-heon is not. How do I know? You know those moments in Kdramas where these bitchy girls talk shit about another girl very audibly and don’t even give a fuck? And then that girl being talked about will just hear it and then suck it up and mope sadly?

Well, Noh Eun-seol doesn’t do that. She takes you to the rooftop and twists your arm and then kicks you in the shin and then tells you to back the fuck down.

But she’s also extremely accommodating and positive in a way that doesn’t exhaust you as a viewer. Eun-jo from Cinderella’s Sister is also kickass, but she was exhausting to watch because she was so bitter, uptight, and defensive about her weaknesses all the time. I bring up Eun-jo only because she’s the benchmark hardass girl to which I measure a lot of female leads in Kdramas, but Eun-seol is very much a happier alternative. Eun-seol’s not as hard and battered, and she acknowledges her weaknesses without making you feel bad for acknowledging them as well. Eun-jo is the kind of girl that knows her weaknesses but will slap you in the face if you found out about them too, and then make you suffer for discovering them. Eun-seol is much cuddlier. /tangent 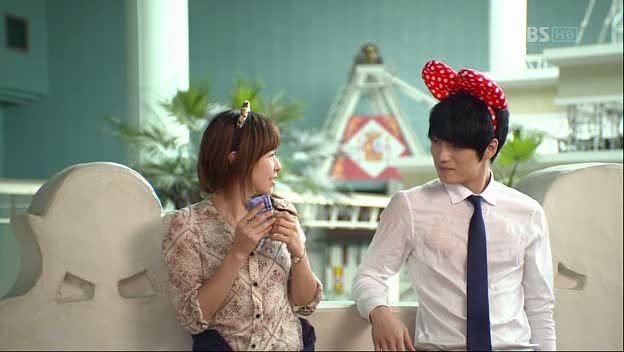 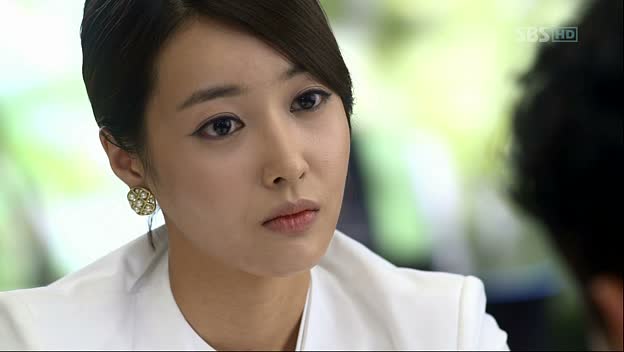 Now about Jae-joong: I am happy report that I am very much pleasantly surprised with his performance. He’s a little stiff in the scenes that require him to show off just how gorgeous and sharp he is, but otherwise, I think he’s doing a great job. He has A+++++ chemistry with Ji-heon, which will make this rivalry hilarious and awesome, and Jae-joong is also surprisingly funny. There are moments where he makes the right kind of face in response to a line or smirks just the right amount and I actually think to myself, “Wow, that was all you, JJ. You weren’t even acting. Good job, bro.” Easily the best actor out of DBSK. Yunho really needs to learn a thing or two from JJ.

As for Wang Ji-hye: I actually haven’t seen a drama where I’ve liked her character yet. She’s doing this WEIRD thing where she’s aegyo-ing the fuck out of her character, and I say weird in a panick-y all-caps way because even if she’s played bitchy characters in the past, there was some substance of seriousness, and I just have no idea what the hell her character is doing. Maybe that’ll be cleared up in the next few weeks. 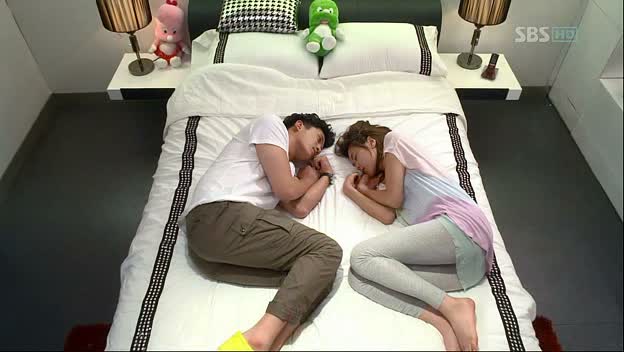