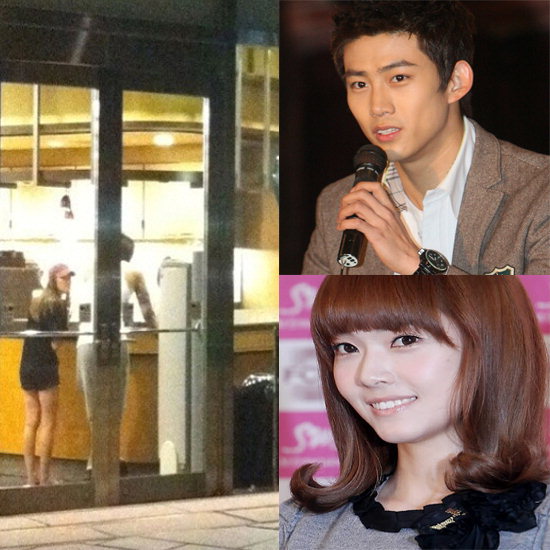 2PM’s Taecyeon and SNSD’s Jessica were spotted grabbing tea together in Tokyo over the weekend.  And as expected, Korean netizens are throwing around speculations that these two idol stars are an item.  Both camps are denying such rumors, stating that the two are “just friends” and that they simply enjoy hanging out together.

However, the determined Korean netizens are not buying it and they are reminding Father SM and Dancing Gorilla (JYP) that these two were spotted watching a movie together as well.  I never really cared for either members nor groups, so this “scandal” doesn’t really impact or concern me much.  However, I did feel bad for these two after reading about netizen’s reaction to this news.

So, either way, they are screwed and there is nothing they can do to change the situation other than to let the time pass so that some other scandal or an incident takes the heat from the rabid netizens.  What do you think – are these two really an item or just two good friends trying to develop a normal friendship?