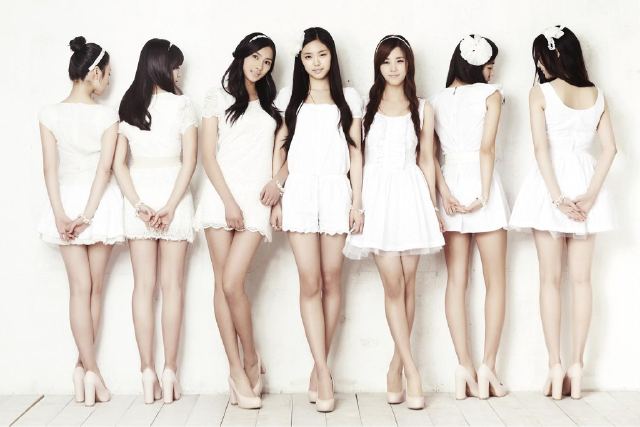 Well, that’s my story and I’m sticking to it. Dieting is nowhere near a revolutionary topic for image-conscious South Korea, but there is a sadistic part of me that can’t tear my attention away from the diet/exercise regime of these “idols.” In the West we’ve been trained to consider it all B.S. anyway. However the Korean media doesn’t shy away from spreading the rumors and/or asking these questions regardless of the answer from the artist or the agencies  involved. So on occasion, it is interesting to see how these topics are addressed.

Likely the most notable case in recent memory, an SBS variety show revealed what they claimed to be the “SNSD Diet Plan.” 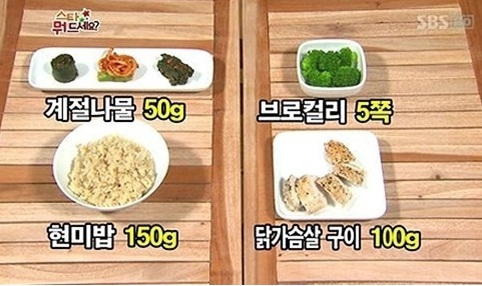 That in itself is not surprising, as fitness trainers and the like are known to subsist on nothing but dry vegetables and chicken breasts for months at a time to reach as low a body fat percentage as possible.

Unfortunately, not long after this member Yuri lost some of her trademark “curves” and Sunny passed out before a scheduled performance in Japan. Of course So Nyeo Shi Dae’s response was that the whole thing was bunk, that they eat plenty of food (sometimes too much!) and Sunny’s health issues were due to other concerns. Otherwise, in her words, “You don’t have to worry about us.” 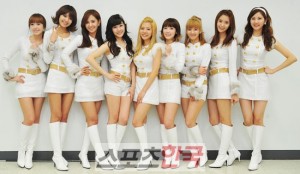 I’m not a long-time K-pop follower and I can swear there was an incident similar to this a few months ago,  so my educated guess would be , especially as a group identified so much with their looks, this has likely been an issue since the group debuted.

A reality-tv-esque look into the life of the bafflingly popular A Pink (where even they admitted they hated their choreography) showed off a similar looking spread laid out for them (with fruits) and the girls admitting their rigorous schedules leave little time for exercise save  a few quick jaunts around the Han River at the crack of dawn.

Park Bom is the designated “sexy one” of 2NE1, which in a group where you don’t have seven or eight other girls designated to have at least the same body type, can exude some pressure for The Chosen One.

Somewhere around when the girls’ promotions for their first mini-album were slowing down,  Bom became a bit noticeably bigger. Taking into account that the majority of the time she’s given little more than a tight tunic as stagewear, Bom also has a naturally round face that much like Wonder Girl member Yoobin, can become an unwelcome giveaway for any notable weight changes. 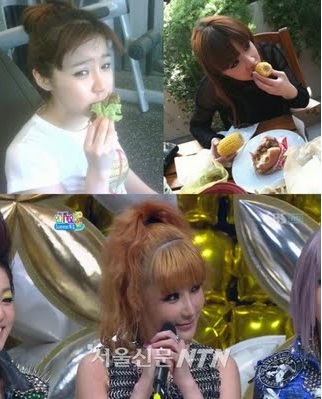 Tracking their comeback progress on Me2Day, Bom also tracked her weightloss regimen, including her infamous “lettuce photo”, in which I’m not going to lie, she looked like a miserable rabbit. Then we had the corn diet, and now, the widely publicized watermelon diet, which no doubt sounds the more appealing of the three.

You can’t deny that she looks good and it was a bit endearing to actively see her cut calories – much like the continuous celebrities endorsing Jenny Craig, they earn relatability as you realize it’s not easy for the idols either. We can endlessly debate the possible consequences of that, particularly for the many young girls who feel so much pressure in Korea to be perfect, but I think of the ridiculed “puffier” Bom, and now the slim “Barbie Doll” Bom;  in the end it’s really a lose-lose situation. I can respect Bom  for being somewhat open about it.

Unfortunately, if you are willing to put yourself out in front of the public, you either have to not care what people think and ignore all the criticisms or fall into the deep self-consciousness that not just Koreans but all people, regardless of nationality deal with every day.

In her own way, Lee Hyori of all people took on the status quo with her smooth bronze skin and athletic build. I don’t know anyone who wouldn’t designate her as South Korea’s sex symbol.