DBSK is a Superstar 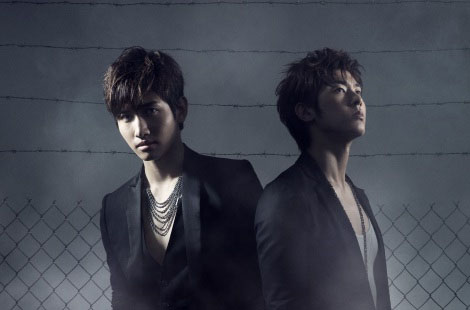 But is their latest single worthy of the same honor?

First, the autotune. Autotune is not the devil; but when you use it excessively, unnecessarily, and/or incorrectly, I understand why people make such a claim. All three apply here, especially the attempt to make autotune serve an aesthetic purpose–which, just in case you weren’t paying attention, failed.

Second, Yunho. Although, I have a the strongest Yunho bias, he really needs to get his shit together. He has been criticized for his irritatingly nasally voice and tragically effeminate dancing. While these claims tend to come from negligible incidences in a career that can boast otherwise, this song does a fantastic job of showcasing Yunho’s faults. He is capable of so much more so I see no reason to see him performing otherwise.

Third, as great as just STARING at them is, it’s getting a little old. When the PV first began, I was excited because I thought there would be more than the usual dancing with occasional solo shots. But guess what? That’s exactly what happened. DBSK and their fans have evolved over the course of time; their MVs/PVS should too.

And fourth, and I swear this is the last one, as much as I appreciate the sad, badassery, I’d really like to see them smile.
(Henrietta-Aime-Fumer_Tv)